Soho residents revolt over plans for al-fresco drinking and dining

Locals living in Soho are furious over plans for al-fresco drinking and dining, claiming it will create a ‘Magaluf-like’ atmosphere, with the noise forcing them to move out after Covid rules ease on Monday.

Westminster City Council is allowing pubs and restaurants to open tables on the pavement so venues can start operating again under the relaxed coronavirus restrictions.

From April 12, firms can welcome customers back for outdoor service and businesses have been boosted by local authority plans to convert 60 streets into al-fresco dining hubs.

The scheme proved hugely popular when it was first introduced last summer, but furious residents now say the council has failed to consult them about its return, and the noise from outdoor eating could drive them out of the area.

Paddy Renouf, 60, a cultural guide, moved to Soho from Barnes, southwest London, but said he would consider uprooting again if the noise became like ‘Magaluf’ as it did last year.

‘When people come to Soho people have no intelligence after two beers don’t talk to each other, they shout,’ he said.

‘They come to Soho to party and no one is going to stop them. It’s very loutish behaviour. 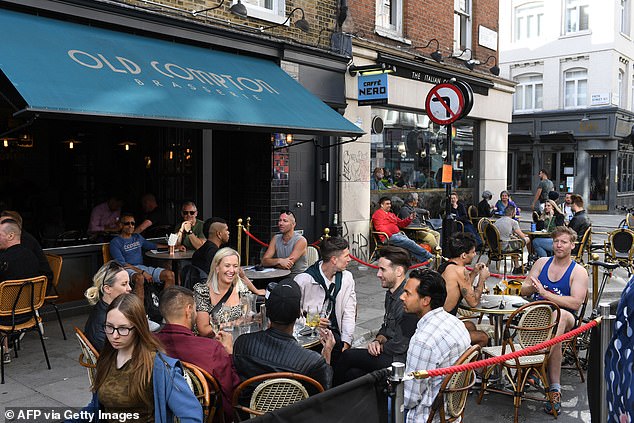 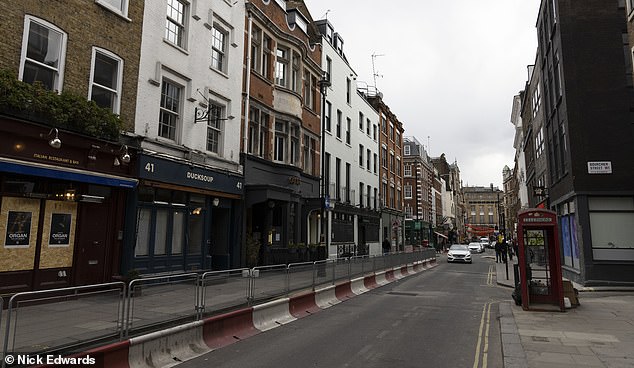 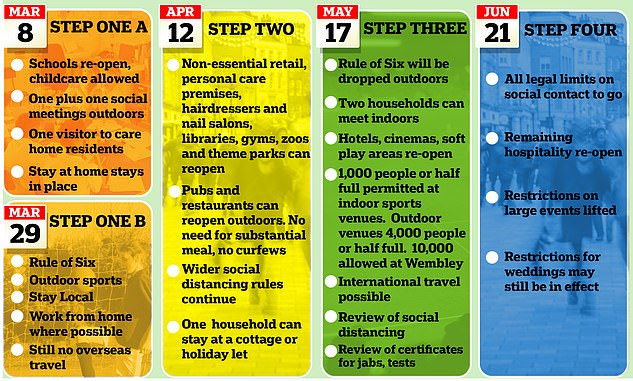 How lockdown rules will be relaxed from April 12

‘To have both the pavements and the interiors filled, it’s going to make Soho into just like a holiday resort like Magaluf which is just appalling as a concept.

‘I accept restaurants have to make money. Likewise there should be consideration for all the tenants.

‘While one understands they have to make money, these are new rules and they were not in the picture when one committed to having a place here.

‘They should have a concession for the locals. If you’re a resident you should get a substantial discount.

‘I am concerned about [the noise]. This sounds pompous but it seems people don’t know how to behave any more. It’s very raucous.

‘I would definitely consider moving if it continues. People say ‘oh you live in Soho, you should expect this’, but I didn’t expect the noise last year.

‘During quarantine it was an extraordinary privilege listening to birdsong and church bells.

‘It’s been unbelievable lying in bed in the morning listening to it all – it’s like being in an orchard in the countryside with the windows open in the summer.

‘There is something about the noise here now that nothing quite prepares you for.’

His concerns were echoed by David Bieda, in his early 70s, a retired journalist, has lived in Soho since 1993.

He said: ‘I think most residents I know are in favour of it as a temporary measure to help the restaurants who have had a very hard time.

‘The noise last year was astronomical particularly the streets when you had tables and chairs across the street.

‘I was astonished when it started when I walked around having 300 people outside talking. That’s the main problem for residents.

‘Everyone I know hopes the negative aspects are temporary to help the restaurants recoup some of their costs. I think the main concern is if it is extended.

‘We did have pedestrianisation scheme 20 years ago and it was a disaster. People forget it isn’t just restaurants, there’s other activity here.

‘I used my mobile to use meter readings and by my window it was 105 decibels. I can put up with it for a while and of course when you live here as I have done since 1993 you’re living in an area that is very buzzing.

‘But you’ve got to have a compromise. It was very noisy. It was difficult with deliveries. It was dangerous. When you’ve got very narrow pavements, if you cover the whole street with tables and chairs, it’s hard for people to get by.

‘For disabled people, getting past is not an option. ‘I don’t think anybody is against Covid al fresco until September 30 but my guess is it won’t end on that date.’

The comments come after The Soho Society – an influential community group – has held a survey of locals who have blasted the council for its handling of the situation.

Almost a third of residents have said they will leave the neighbourhood – some of which have lived there for more than 20 years.

More than half have noise and access issues, which children reportedly being kept up late at night.

And 55 per cent think the scheme should be abandoned due to Covid risks. 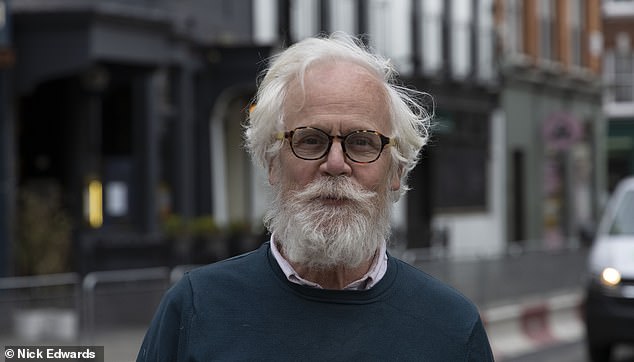 Paddy Renouf, 60, a cultural guide, moved to Soho from Barnes, southwest London, but said he would consider uprooting again if the noise became like ‘Magaluf’ as it did last year 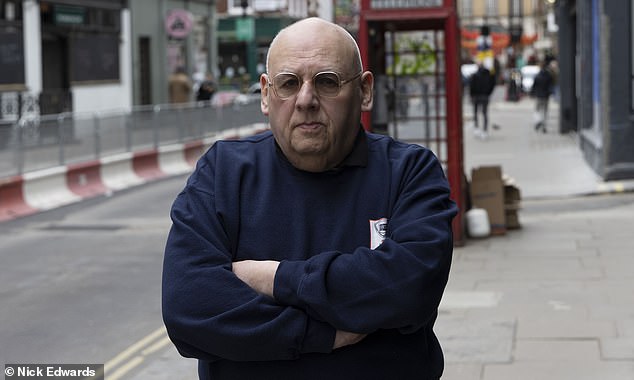 David Bieda, in his early 70s, a retired journalist, has lived in Soho since 1993, and also voiced concerns over the scheme

The society’s Tim Lord said: ‘We understood that there would not be any extension of the scheme without the council getting in contact directly.

‘The council says it doesn’t want it to turn Soho into a transient community, but a lot of its decisions are completely in contrast to that.’

But the council says it is essential to keep hospitality businesses afloat.

It means modest West End pubs without beer gardens will still be able to open at the earliest possible point by applying for these pavement licences.

Restaurants being allowed to make use of the street proved a lifeline to hundreds of businesses last year amid tight restrictions on indoor gatherings.

Of Westminster’s 3,700 restaurants and bars, 560 took advantage of the scheme – which overlapped with Eat Out To Help Out – and the council is encouraging more to take up the offer.

Cllr Rachael Robathan, Westminster City Council leader, said: ‘Hospitality is a major employer in Westminster supporting around 80,000 jobs and a big part of the reason people visit the West End. 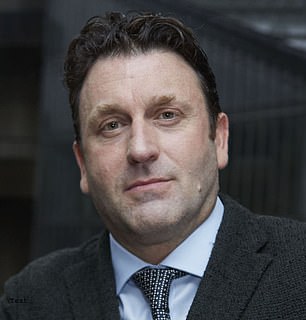 Tim Lord, chair of the Soho Society, an influential community group which has surveyed locals over the decision

‘But with shutters down and doors barred, this sector has been amongst the hardest hit during lockdown.

‘We know how hard this has been, which is why we are relaunching our al-fresco scheme as soon as the easing of restrictions allows help to struggling businesses as much as we can.

‘We have more pubs, restaurants and bars than any other local authority area – around 3,700 – and we want to see them welcoming back customers in a safe way.

‘The majority of our residents have supported these schemes in the past and we hope they will understand the need to continue the temporary measures until the end of September.

‘We stand ready to back our hospitality trade and continue to fight for the financial support they need to survive this period.’

Other neighbours are also supportive of the scheme, including Reverend Simon Buckley, 58, who became rector of St Anne’s Church in 2015.

He said: ‘There are some streets on which it doesn’t work very well when you have restaurants on both sides of the road and unfortunately if you have permission on the tables and chairs on the pavement and you get it on the road as well, it can become unpassable.

‘It doesn’t help some businesses, some restaurants, and also makes life difficult for residents.

‘Some of us wish it wasn’t seven days a week. One night off a week would be great. It would be good if it stopped at 6pm on Sunday and it didn’t happen Monday night.

‘Outside it became jammed with traffic. I couldn’t work in my study in the evening as it was just the noise of cars on their horns not understanding why the traffic had come to a standstill.

‘It often made working impossible in there. Some people did really struggle because they could not literally get in or out of their front doors.

‘I’m hoping the council hold true to what they say which is they’ll do a consultation and we’ll see where it goes from there.

‘If it can be managed well so some don’t suffer disproportionately. I want the restaurants to thrive and survive but they can’t do that on the expense of everybody else.’ 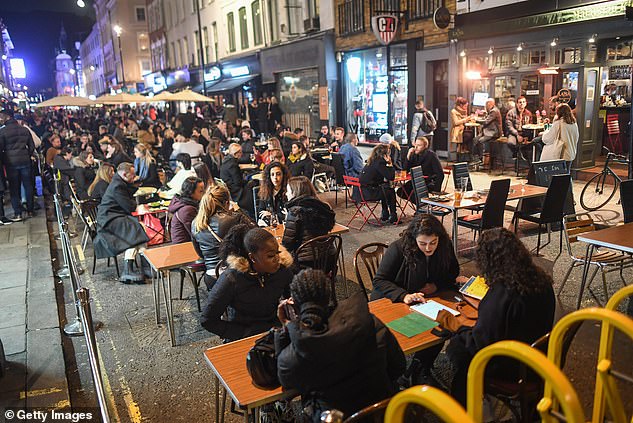 Dawn Bray, a 54-year-old furloughed construction worker, said: ‘I absolutely can’t wait. It was brilliant last year. I just want it all to be over so we can start feel like we live in Soho again.’

Fernando Pacheco, 34, a writer, added: ‘I feel positive about it. I like it. I feel very happy last year and I think it should continue. They should make sure that deliveries are possible, so that is planned.

‘I’m not concerned about noise. I understand some people might especially depend on where you might live. Here thankfully it’s quite alright.’

Meanwhile, Ben Smith, a 35-year-old architect, said: ‘I think it’s great. I think it was well managed the last time and I think it will be again. ‘You get used to the climate when you live here. Soho is a vibrant area and I look forward to it coming back to life. The life of Soho has been missing.’

Council chiefs’ plan for al-fresco dining to spring up right across the borough, including vibrant social hubs such as Soho’s Dean Street, Old Compton Street and Greek Street.

City inspectors will be deployed to police social distancing, the local authority said.

It also said it would ‘consider the possibility of what a longer-term al fresco provision could look like’ amid calls for the changes to be made permanent by businesses.

It comes after the council recently unveiled a bumper blueprint to coax tourists back to the West End as lockdown is relaxed.

A £150million regeneration of Oxford Street featured an 80ft artificial mound on Marble Arch for tourists to enjoy sweeping views of the capital.

West End businesses are desperate to start welcoming back customers after months of lockdown, starving them of footfall.

As well as outdoor hospitality, non-essential shops, gyms and hairdressers will reopen on Monday, before the next stage of lockdown easing on May 17 will allow pubs, cafes and restaurants to serve customers indoors once again.

Dozens missing after a mountain glacier breaks in India