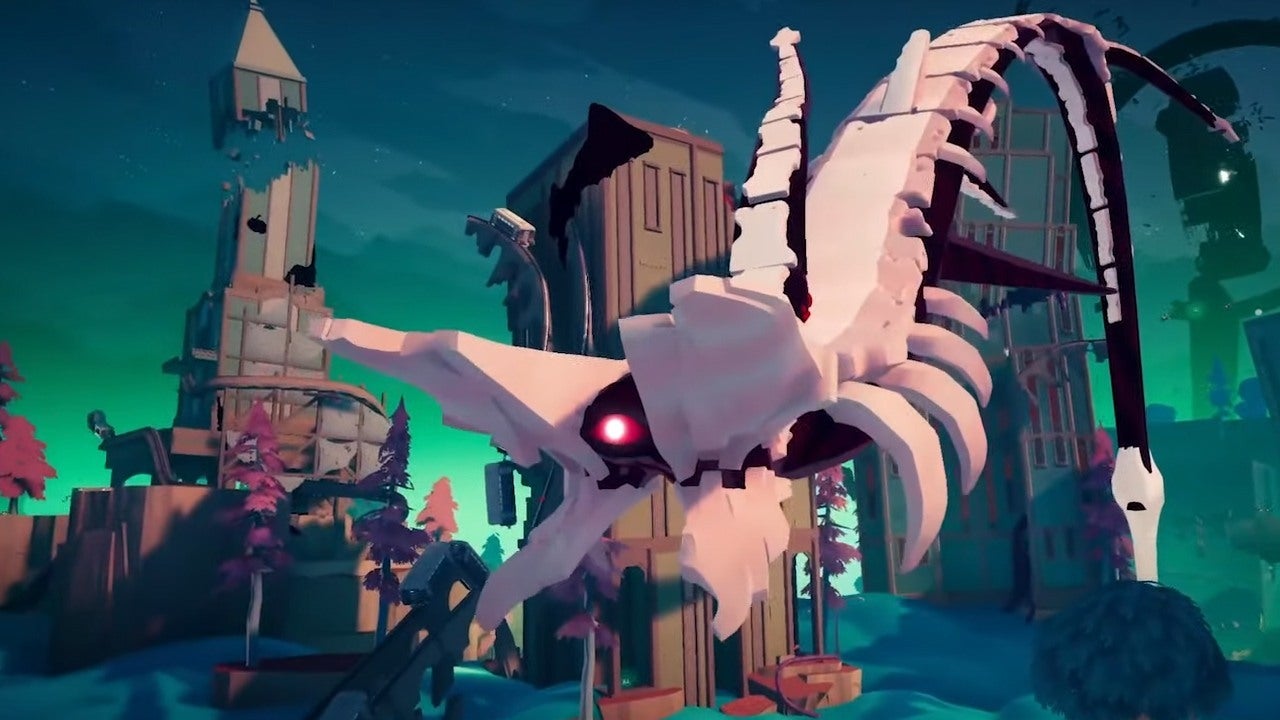 During today’s Sony State of Play, we got a first look at gameplay from Solar Ash, the next game from Hyper Light Drifter developer Heart Machine.In an extended gameplay showcase, Heart Machine Creative Director Alex Preston said that “at its core, Solar Ash is a game about movement,” with a focus on speed and fluidity. It’s a 3D platformer takes place across a huge map with a very agile main character named Rei who can skate across a ground made of ashen clouds, scale certain walls, and more. Watch the full gameplay below:Rei has descended into a massive black hole (where the game takes place) in order to save her homeworld, where she is shown moving fast, picking up little pink blobs scattered about, skating across rails, and using some type of grappling hook to pull herself to specific points.

There’s also combat, which Preston described as “simple, fast, and fluid, built to empower players and encourage flow.” Rei is also shown fighting and climbing much larger, white-plated creatures called Sentinels, which apparently “hold the key to her quest” that are very reminiscent of a game like Shadow of the Colossus.

Solar Ash is coming to PS5, PS4, and PC sometime in 2021.
Tom Marks is IGN’s Deputy Reviews Editor and resident pie maker. You can follow him on Twitter.

Russia and Turkey are trying to coexist