Soldier dad, 35, mysteriously dies in his sleep next to his heartbroken wife

Soldier dad, 35, mysteriously dies in his sleep next to his heartbroken wife – as she’s left to raise their four beautiful young sons who keep asking ‘why Daddy didn’t wake up’

A heartbroken young mum has been left to raise her four little boys on her own after the sudden and mysterious death of her husband.

Blake Hann, a 5th Battalion Royal Australian Regiment soldier, was mourned by shattered family and friends as a larrikin mate and hero to his young sons. 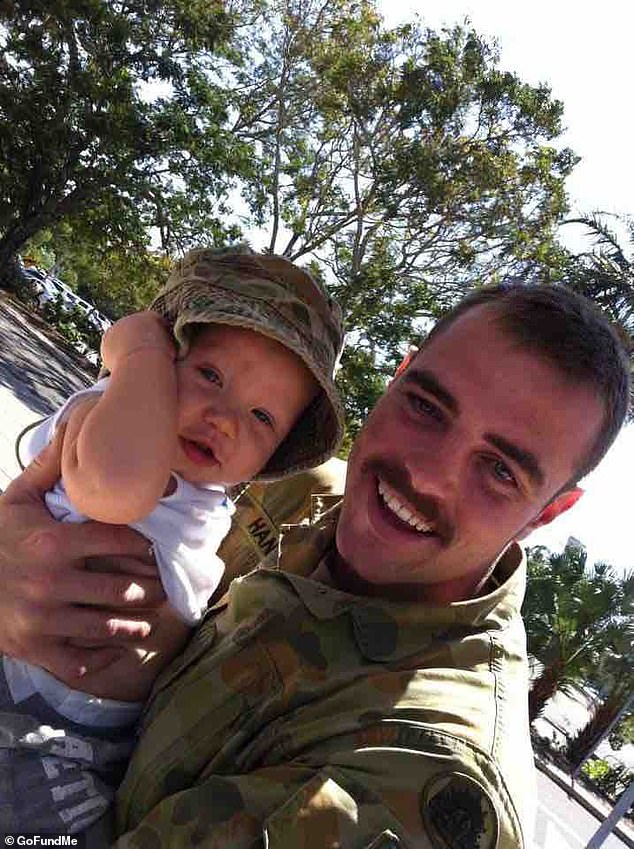 Blake Hann, a 5th Battalion Royal Australian Regiment soldier, was mourned by shattered family and friends as a larrikin mate and hero to his young sons

Mr Hann’s death is unexplained and his young boys have no idea why their father is no longer with them.

His grieving wife has since left their home Branxton, in the NSW Hunter region, that the couple has just moved into because she was unable to return to where her ‘dream boy’ died.

Mr Hann will be farewelled at his funeral on the NSW Central Coast on Thursday.

His wife faces an uncertain future as she tries to raise their four sons, Frankie, 9, Axel, 7, Spike, 2, and eight-month-old Rocko without an income, as her husband was the sole breadwinner.

Friends have rallied around Blake’s devastated family who is struggling to come to terms with the loss.

‘We are shattered beyond words as we struggle to comprehend how this happened. His boys don’t understand why Daddy is never coming home,’ a GoFundMe page states. 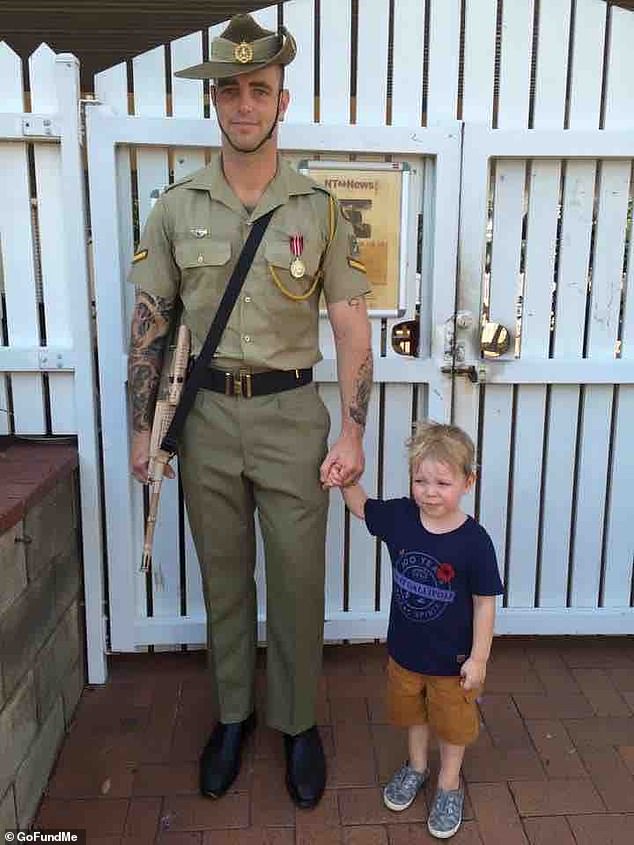 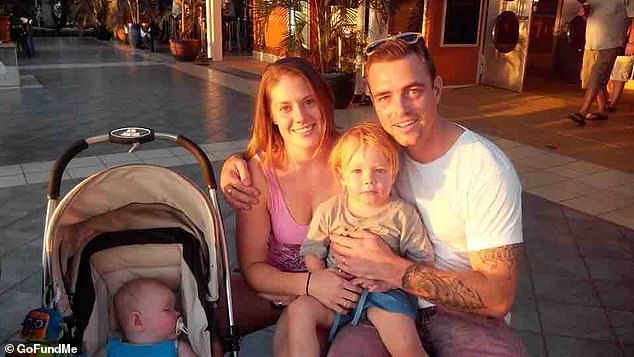 Blake’s wife Mel (left) has been left to bring up her four boys alone without an income. The family moved to the town of Branxton several months ago

Sam Hann recalled how his world caved in after hearing about his eldest brother’s sudden death.

‘I will never have the words to explain the heartbreak and sadness that I feel for losing someone I loved and admired so much,’ he posted on Facebook.

‘But nothing compared to the heartbreak of losing a husband, father and a son.

‘Everyone who knows me, knows how much I looked up to my brother Blake, and I forever will.’

The page set up to help Ms Hann get back on her feet has raised more than $70,000 within three days.

‘She needs a home for the boys. She needs to pay their school fees. She needs to be able to provide for them for many years to come, giving them the life she and Blake always planned for,’ the page states. 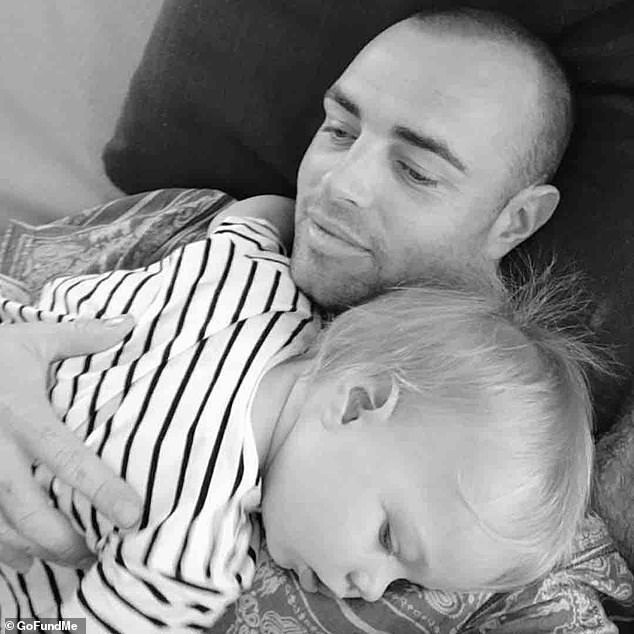 Blake Hann (pictured) has been remembered as a larrikin, mate and hero to his young sons

‘We all have the best memories of Blake making us laugh in his flanno shirt,’ Lauren Dubois wrote on the online fundraiser.

‘But he was more than a joker, Blake was a devoted husband and a daddy who adored his boys. He worked so hard to take care of his family.

‘We can’t bring our Blakey Boy back, but we can do everything we can to take care of his family for him. It’s all that mattered to him.’

Go to ‘Taking care of Blake’s family’ to help out.

Why PS3, PSP, and Vita Stores Closing Would Be Such a Big Deal