A veteran soldier who served in Afghanistan has said he felt safer fighting in a war zone than working as a security guard in an Australian hospital.

Former frontline soldier Dean Douglass took up a job at the Royal Brisbane and Women’s Hospital in 2016 but said he was repeatedly attacked by violent patients.

As well as regularly being punched and kicked at work, he was forced to disarm a mentally unwell patient last year who threatened to blow up the hospital with a fake bomb.

Mr Douglass – who has since resigned over the mental toll of his job with Queensland‘s health authority – compared Australian hospitals to the ‘Wild West’. 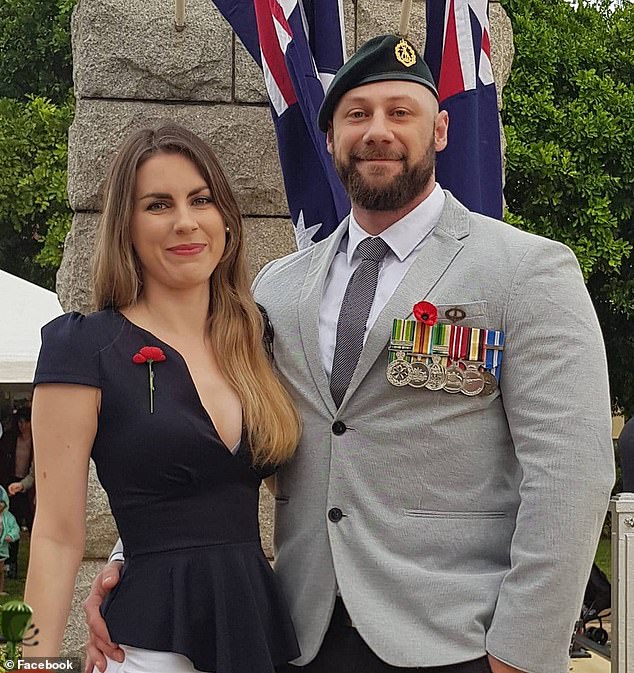 The ex-soldier said someone could die unless action was taken to make hospitals safer.

‘I have never felt more unsafe in my life than I did working while I was with Queensland Health,’ he said.

He said for every physical altercation he experienced while working in hotel security, he would have had 75 working in a hospital.

New figures show physical and verbal attacks increased by 55 per cent in Queensland hospitals over the past three years, the Sunday Mail reported.

A study released earlier this year also found 40 per cent of attacks at the Royal Melbourne Hospital on its staff were carried out by patients high on illicit drugs. 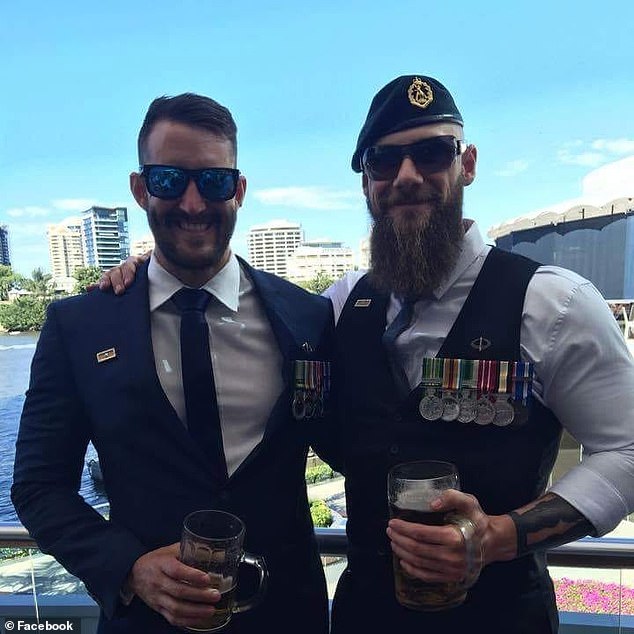 Mr Douglass – who served four tours overseas with the Australian Army – called for better training for security guards in hospitals, saying the on-the-job support he received was the worst he had ever had.

‘There were only two days that were put aside for training and it was the absolute worst training I’ve ever experienced in my entire life,’ he said.

‘It’s not a matter of if but when someone is going to get killed at the hospital in that role, I 100 per cent, hand on my heart, believe that.’

He also called for police officers to be assigned to emergency departments to deal with threatening patients and more qualification requirements for hospital security roles. 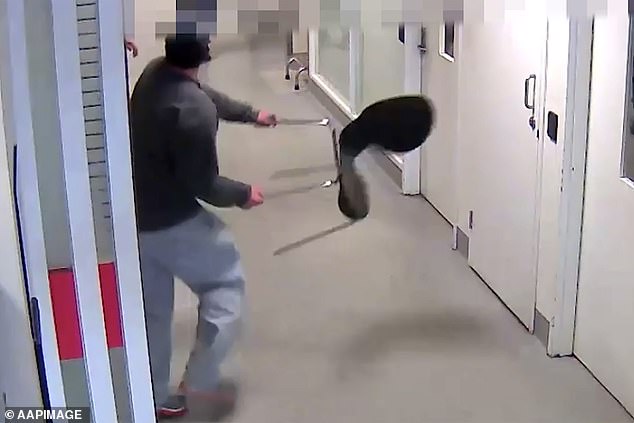 In addition, Mr Douglass wants security staff to be allowed to search patients for weapons – a change in protocol that he believes could have prevented his fake bomb incident.

His shocking claims come as health workers in Queensland are issued with body cameras to help them deal with increasing patient violence.

The changes follow a widespread security review by state health officials in 2016 which found substance abuse, mental illness and dementia were all key causes of violence in health facilities. 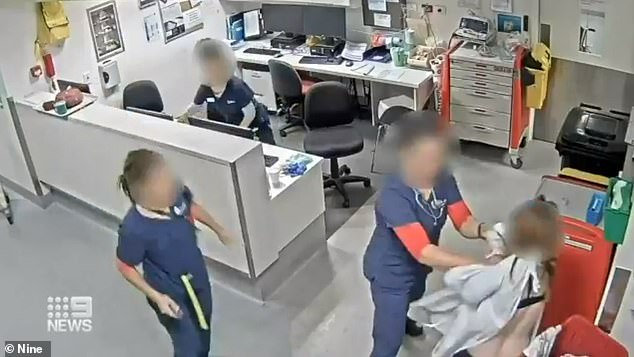 The president of the Queensland Nurses’ Union Beth Mohle said violent attacks in hospitals had become ‘a wicked problem’.

In one instance, terrified staff were confronted by a patient brandishing a machete.

Researcher Professor Johnathon Knott said the horrific footage is indicative of the level of violence ice addicts engage in in the community.

‘Our wards now have some really damaged and troubled individuals,’ he told Nine News.

Inauguration of a large Russian oval platform to explore the Arctic