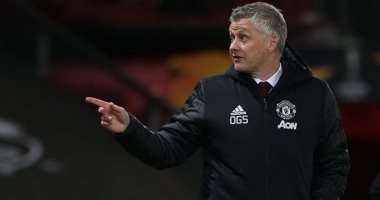 Manchester United manager Ole Gunnar Solskjaer has confirmed that Jadon Sancho has what it takes to be a great striker for the Red Devils, despite his relatively slow start at Old Trafford..

However, Solskjaer believes Sancho will be a star for at least 15 years because, according to him, “He is currently learning how to play in the Premier League and is improving all the time.”.

Speaking to reporters before facing the Red Devils in the Premier League away with West Ham United on Sunday, Solskjaer said, “He is learning all the time.”.

“As I said in training as well, he’s learning our techniques, he’s learning the Premier League, and of course he’s known the Champions League since he was in Dortmund,” the United coach added..

Solskjaer continued, “He is a young boy who is only 21 years old and he will improve and we signed him because we see him as a great striker for 10, 12 and 15 years and I have not changed my mind about that.”.

“He’s very good on the ball and he’s passionate about learning and that’s an important thing. When you come to Manchester United he will always get a chance and he’ll play with some of the best players in the world and you get great training with the coaches I have too.”.

And Ole added: “That is the focus, the goal and the ambition; that we reach April and May and we are near the top of the ranking, but you have to be calm and continue what you are doing and diligent in training.“.

And the Manchester coach concluded: “Of course, there is a public determination for tournaments, tournaments are our biggest goal and that is why we are here, that history of the current club and that legacy that we have to leave behind us when we leave.”

Sancho has established himself as one of the hottest youngsters this summer after excelling at Borussia Dortmund, however, he has failed to live up to expectations since his arrival at Manchester United..

The 21-year-old also expressed his happiness to communicate with his England teammates Marcus Rashford and Mason Greenwood..

Sanchez commented: “It will be excellent when Marcos comes back from injury I’ve obviously seen a little bit of Mason – he’s fantastically excited we’re still getting to know each other but it will be huge when the three of us are on the pitch.”.