Before the first national lockdown in the spring, Sophie Ellis-Bextor had been quietly going about her business.

Despite acquiring a taste for showbiz razzle-dazzle when she reached the Strictly Come Dancing final in 2013, the mother of five remained an unassuming pop princess. A new album of original songs along the lines of 2016’s Familia was being planned.

That changed from the moment she dug out a sequined jumpsuit and started singing along to her old hits from the comfort of her West London home. With her musician husband Richard Jones filming, and thousands tuning in on Instagram, her chaotic family performances were a source of much-needed fun and frivolity. 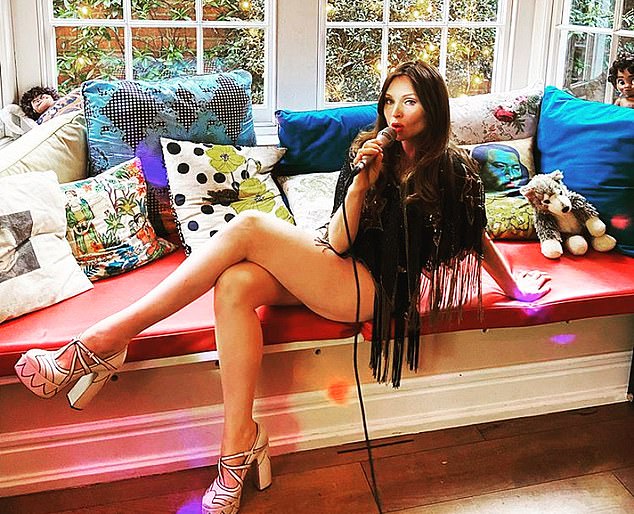 Kitchen kitsch: Sophie Ellis-Bextor, 41, has since turned her Kitchen Disco from a phenomenon into a brand

‘Our kitchen discos became a precious time where we could all bop about and be a bit silly,’ says Sophie, whose sons, aged between one and 16, were an integral part of her performances. ‘I can honestly say music was a real tonic.’

The singer, 41, has since turned her Kitchen Disco from a phenomenon into a brand.

She revived the concept for a one-off Halloween special last month and starts a tour in May 2021. Now there’s this hastily-assembled album that pairs her biggest hits with freshly-cut cover versions. Out today, it’s available on CD, vinyl and — in keeping with its nostalgic tone — cassette.

As with last week’s new Kylie LP, the sparkle of the mirrorball is everywhere. Songs From The Kitchen Disco isn’t made up entirely of dance numbers. A cover of Pulp’s Do You Remember The First Time? taps, albeit rather tamely, into Sophie’s roots as a Britpop-obsessed teen who sang with 1990s band Theaudience while swotting for her A-levels.

The reflective ballad Young Blood is taken from 2014’s baroque Wanderlust album and offers something more nuanced: on an album of disco bangers, it’s the slowie at the end of the evening.

But it’s the four-to-the-floor dance tracks that are the main draw. There’s a new version of Groovejet (If This Ain’t Love). Take Me Home was reworked as Stay At Home in lockdown, but reverts to its original form here.

Sophie’s ice-maiden vocals shouldn’t really dovetail with disco music, but she sees dance as an escapist joy rather than a badge of cool.

Her approachability lends a giddy edge to Murder On The Dancefloor and Music Gets The Best Of Me, both from 2001, and her later collaborations with production duo Freemasons and Dutch DJ Armin Van Buuren.

Of the remaining covers, New Order’s True Faith, from a radio session, is dark and charismatic, while Sophie relies on her thespian skill on a plummy version of Rodgers and Hammerstein’s My Favourite Things. Crying At The Discotheque, a mainstay of her lockdown streams, revamps a disco hit by Swedish act Alcazar.

For the latter’s promo video, director Sophie Muller filmed Ellis-Bextor singing in seven empty London venues, from the tiny Omeara club to the huge O2 Arena, giving a glimpse of what fans of live music have been missing.

‘It was strangely moving, performing with no crowd,’ she says. ‘It brought home the gap in our culture.’

Rock titans AC/DC have overcome hardships that would have floored lesser mortals.

Since their last album in 2014, they have seen bassist Cliff Williams announce his retirement and drummer Phil Rudd serve eight months in home detention for drug possession and making death threats to a former assistant.

British vocalist Brian Johnson had to leave midway through the prophetically titled Rock Or Bust tour because of hearing loss (he was replaced, impressively on the date I saw, by Guns N’ Roses singer Axl Rose) while guitarist Angus Young has been mourning the death, in 2017, of older brother Malcolm. It would have come as no surprise had they called it a day. 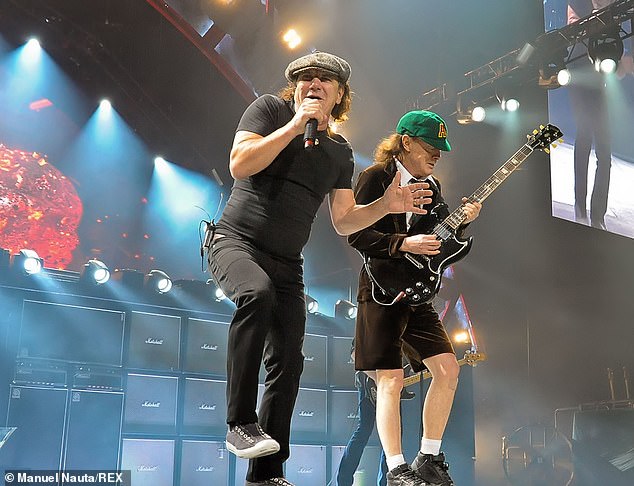 But the band, formed by Angus and Malcolm in Sydney in 1973, is made of sterner stuff — and Power Up signals an unlikely resurrection.

Not only are Williams, Rudd and Johnson back (the latter’s recovery helped by new aural technology), but Angus devised the 12 new songs here by getting ‘a bit twiddly’ with riffs co-written by Malcolm before dementia led to his 2014 departure from the group.

This is rock’n’roll with no ostentation. No Man’s Land and Rejection feature twin guitars, with Malcolm Young’s role in the engine room now assumed by his guitar-playing nephew Stevie.

Shot In The Dark is littered with laughably juvenile innuendo, while Code Red features stupendous riffing, its opening motif a lingering echo of the AC/DC classic Back In Black.

There’s one softer moment. Inspired by memories of Malcolm Young, Through The Mists Of Time borders on folk-metal. It’s a fitting tribute to a musician whose spirit clearly lives on.

The ballad of the locked down diva

Paloma Faith had all but finished her fifth album when the UK went into lockdown in March.

Holed up at home in East London, she grew tomatoes and spent time with long-term partner French artist Leyman Lahcine and the couple’s three-year old daughter. 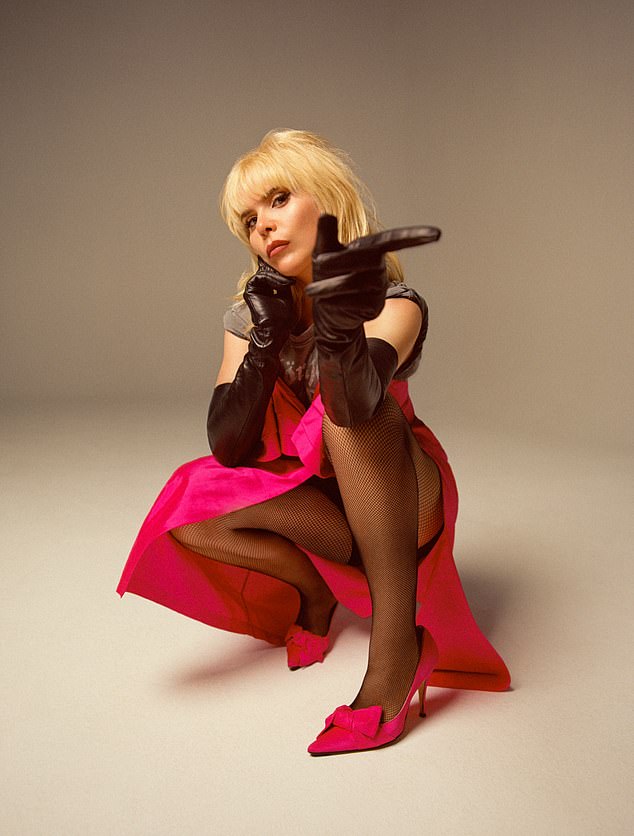 Paloma Faith (pictured) had all but finished her fifth album when the UK went into lockdown in March. Holed up at home in East London, she took stock — and began re-working Infinite Things with a less upbeat, but more intimate, touch

Paloma also learned how to engineer her own songs from home, working remotely with a large supporting cast, and the upshot is an album that bounds breathlessly between styles.

Faith was one of the female singers who emerged, singing retro-soul, in the slipstream of Amy Winehouse.

She has since made the big, melodramatic ballad her calling card, and there are several here.

If This Is Goodbye, written with Ed Harcourt, movingly addresses the death of a friend. Better Than This and Last Night On Earth tackle the strains that inevitably surface in long-standing romances. ‘Stupid fight, we can’t remember the reasons why we lost our temper,’ she sings.

The title track, made with crack U.S. producers Monsters & Strangerz, is aimed squarely at American radio, while Falling Down is a 1960s soul pastiche harking back to her early albums.

Electronic number Living With A Stranger adds to the sense of a grand patchwork of personal lockdown vignettes.

Restaurants and stores are struggling to survive amid COVID-19. So why are many boosting spending, hiring workers?

Restaurants and stores are struggling to survive amid COVID-19. So why are many boosting spending, hiring workers?