The big flashpoint came just before the hour mark when a skirmish broke out between both sets of players and VAR replays showed Xhaka grabbed Burnley midfielder Ashley Westwood by the throat after a foul on winger Dwight McNeil.

A yellow card was initially awarded by referee Graham Scott before he went over to the pitch side monitor and overturned for a red. 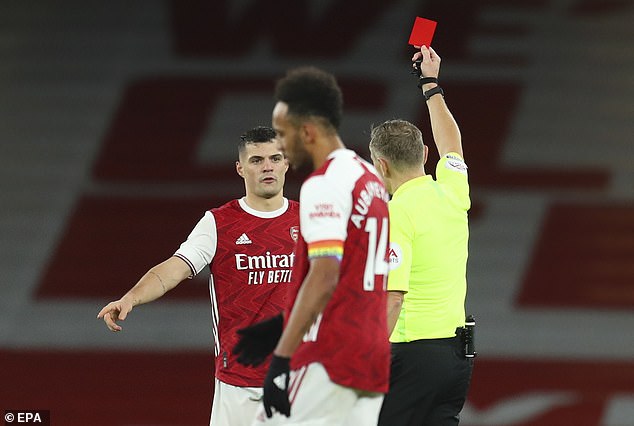 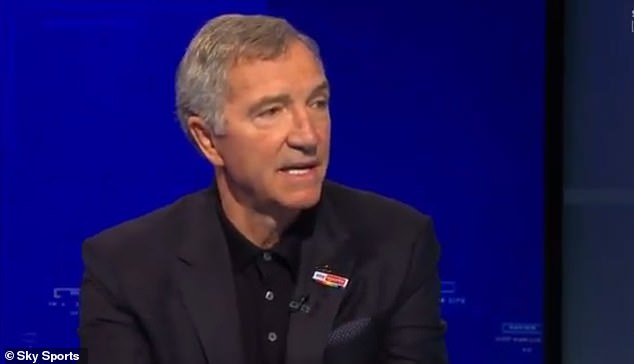 ‘It’s stuff you see in the playground,’ the Sky pundit moaned. ‘His reaction is totally wrong. It’s a foul and a yellow card because he’s clumsy. Accept it and move on.

‘His reaction is just totally wrong. Why do you want to square up? To get involved in that nonsense.’

Westwood was quizzed on the incident and while he was keen to focus on a big win for Burnley, who lifted themselves out of the relegation zone, said on the incident with Xhaka: ‘Sometimes it can go in their favour (going down to 10 men) but he’s fouled Dwight (McNeil) in the middle of the pitch and then put his hands on me.

‘You just can’t do that in today’s game. Set-pieces we knew we were always a threat and thankfully one worked for us.’ 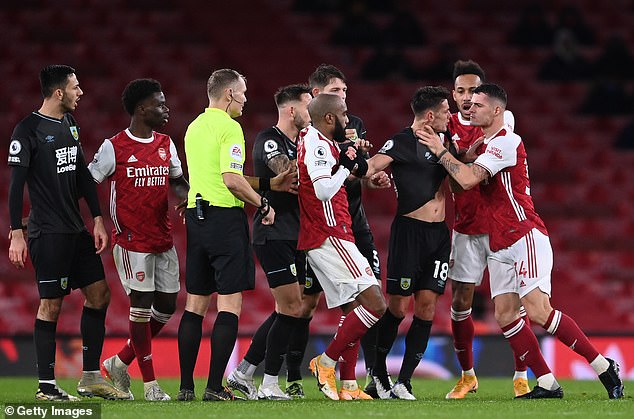 Arteta is the Premier League’s youngest manager and now needs experience beyond his years to turn this crisis around. Sunday night’s defeat was his fourth consecutive league defeat at home for Arsenal.

The Arsenal boss described it pre-match as a ‘massive game for us’ but is now just five points above the relegation zone as the crisis deepens heading towards Christmas.

Those fans, there were 2,000 allowed in for the first Premier League game at the Emirates since March, who stayed until the end included a handful who booed players off.

Lee Hendrie, working as a pundit, said: ‘You can hear the jeers and boos from the 2000 fans that are here at the Emirates, they’re obviously not happy. I just don’t know what style Arsenal are playing or what way they are going forward at the moment – yes they’ve got one less man. 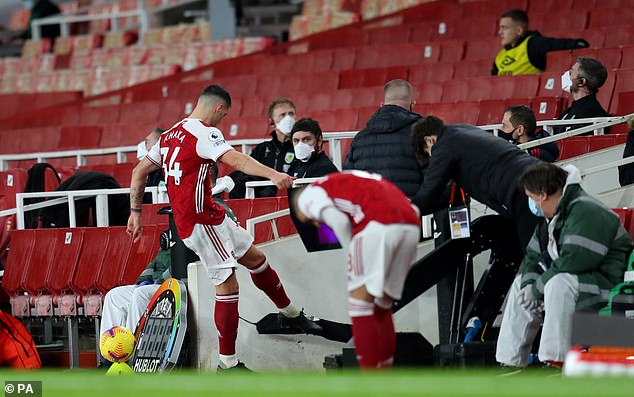 USD/JPY in a tight range after optimistic Japanese Tankan data