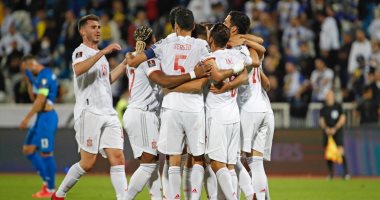 Spain won a difficult victory over its host Kosovo, with a clean double, in the meeting that brought them together on Wednesday evening, at the “Vadil Vokri Stadium”, in the sixth round of Group B of the European qualifiers for the 2022 World Cup in Qatar.

The Spanish team ended the first half of the match with a clean goal, scored by Pablo Fornals of West Ham, in the 32nd minute of the match.

In the second half, Manchester City’s Ferran Torres scored the second goal of the La Roja team in the 88th minute of the match.

The Spanish team strengthened its lead in Group B with 13 points, while the balance of the Kosovo team stopped at 4 points in fourth place.

Not all are dementia.. health conditions that cause memory loss and mood swings