Speedboat killer writes jail house memoir and publishes it on Amazon for £3.99


Speedboat killer Jack Shepherd is publishing a sick memoir on Amazon from his prison cell.

He is cashing in on the tragedy of Charlotte Brown, who died on their first date when he drunkenly sped up the Thames and flipped his fast craft.

Shepherd is serving six years for her manslaughter. But far from accepting his punishment, he has been secretly writing his warped version of events with the help of his best friend during jail visits. The pair now hope to get rich by selling their ghoulish £3.99 book about his life and crimes using Amazon’s online Kindle store.

Last night her father, Graham Brown, said: ‘Jack Shepherd has shown no empathy or remorse for the terrible events which led to Charlotte’s death. He is a proven liar and this is another example of Shepherd trying to convince himself he is innocent. 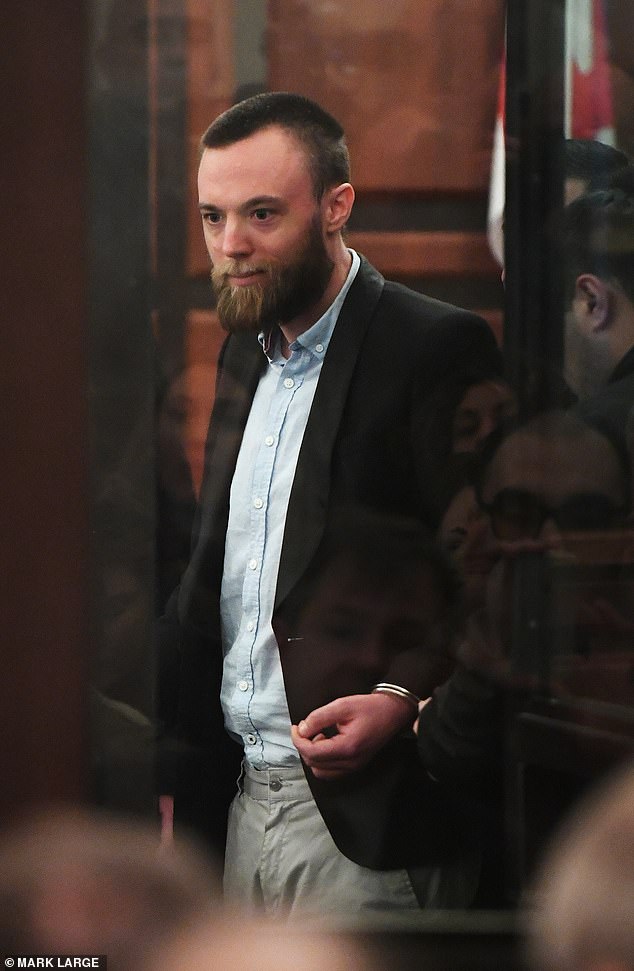 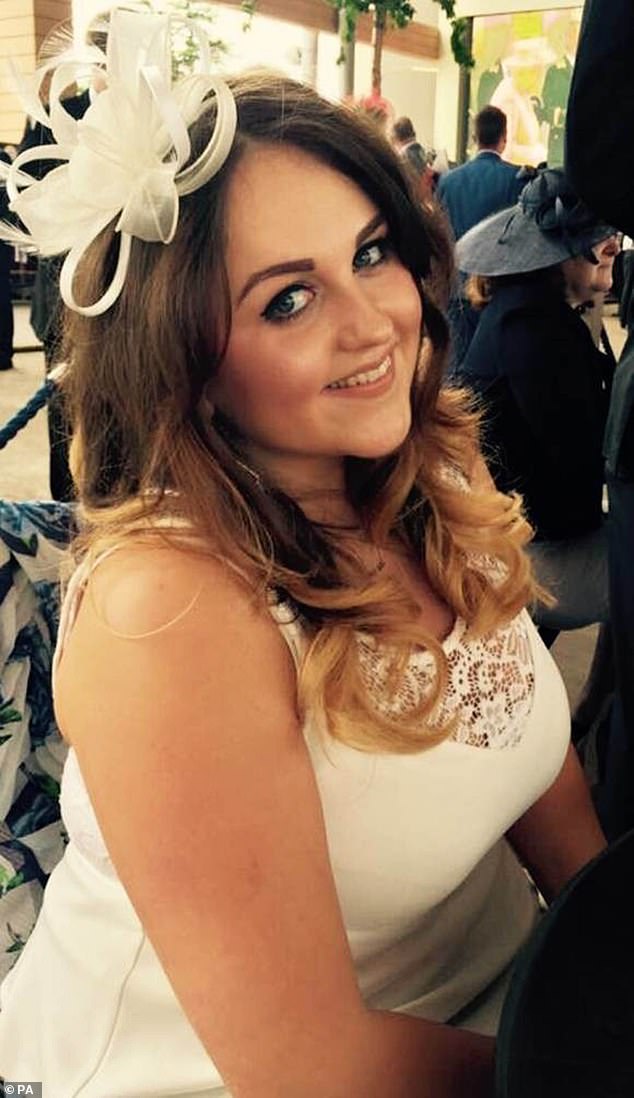 Charlotte Brown, pictured, died on her first date with Shepherd when he crashed his speedboat on the River Thames in 2015

‘It should be remembered that a jury at the Old Bailey found him guilty and absolutely responsible for the death of Charlotte. Charlotte isn’t here because of this man’s actions.

‘This is another insult to the family, and I’ve no doubt that Shepherd’s version in the book is a complete fabrication and full of lies.’

Amazon and the Ministry of Justice face questions about how a convicted prisoner is able to sell his story.

The biography charts womanising Shepherd’s squalid life before giving a twisted account of the night Miss Brown, 24, was killed in 2015.

Following her death, Shepherd, 35, went on the run to the former Soviet state of Georgia rather than explain his actions to a jury and Miss Brown’s devastated family.

His trial went ahead without him in July 2018 at the Old Bailey, where he was found guilty. But he caused national outrage when he successfully claimed public money in legal aid from his bolthole to pursue an appeal. 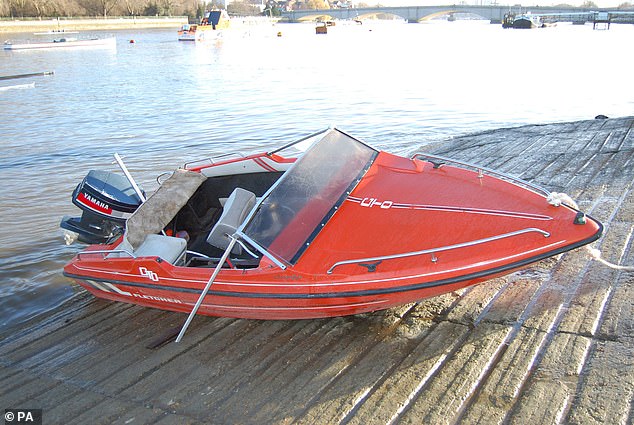 Following her death, Shepherd, 35, went on the run to the former Soviet state of Georgia rather than explain his actions to a jury and Miss Brown’s devastated family, pictured, the speed boat owned by the £150,000-a-year web designer

The Mail found him in January 2019. He was returned to the UK and he has been in jail ever since.

But instead of serving his time quietly, the Mail has discovered he has been helping his best friend write a biography. The law prevents criminals profiting from memoirs, but the pair present the book as a ‘work of fiction’, simply changing place names and those of everyone involved, but leaving the story unchanged.

The working title of the 207-page memoir was My Mate The Speedboat Killer. The Mail is not publishing its new title.

Shepherd’s best friend – whose identity is not being revealed by the Mail – tried to hawk the book to newspapers, but it was rejected. So they wrote it as a ‘fictionalised’ account, changing Jack’s name to ‘Keith’ and his friend’s to ‘Clive’. In the first chapter, they describe how they plotted the biography of Britain’s ‘most wanted man’.

Shepherd, a former £150,000-a-year web designer, was sent to Frankland jail in Durham, and instructed his friend to pay regular visits to record his story.

He said his lawyers had told him ‘it could cause problems with the Parole Board’ if they wrote the book, adding: ‘It has to be done right. Certain omissions are needed. Names changed. Places too. You’ll have to say this is a fictitious account. It has to be about it – but not really about it. If you know what I mean.’ The pair even recorded how they haggled over any proceeds. After discussing the rules preventing inmates profiting from a crime, they agreed to ‘send some money’ to Shepherd’s estranged wife and child. ‘Keith’ wanted a half share of the profits, ‘Clive’ suggested a quarter, and they settled on a third. 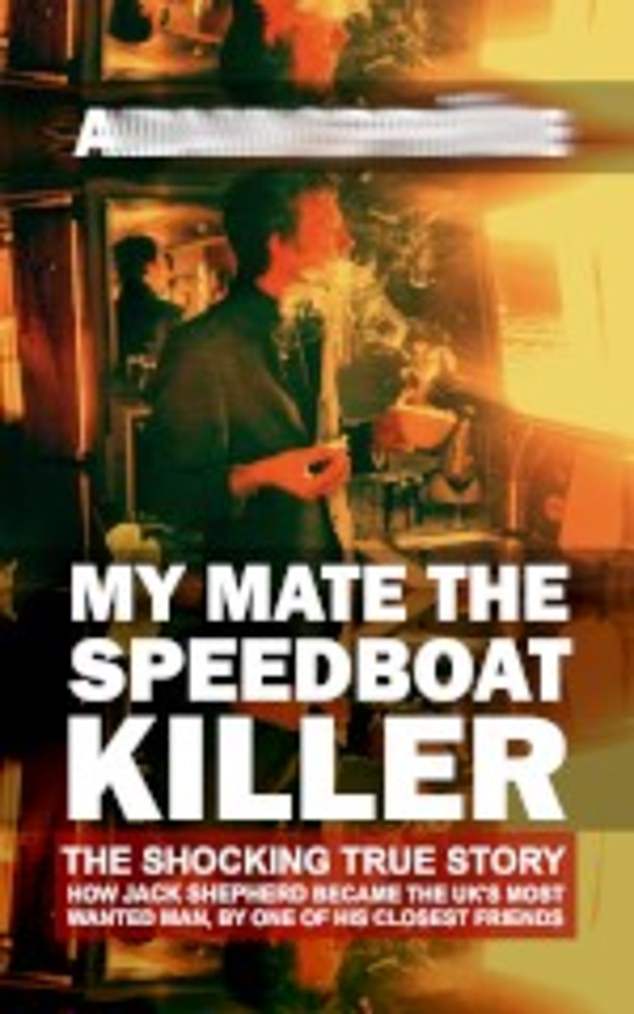 The memoir describes Shepherd’s womanising and use of cocaine, ecstasy, ketamine and marijuana. ‘Keith’ even boasts about dating three women at once. The Mail is choosing not to detail the part of the book describing the speedboat accident.

The book has been self-published on Amazon for Kindle e-readers. Authors who use the firm’s Kindle Direct Publishing arm set the sale price. Amazon keeps some of the money and pays the author a royalty – usually around 70 per cent of the price, minus an admin fee.

In the case of Shepherd’s book, the author is likely to be due around £2.70 per copy sold.

A Prison Service spokesman said: ‘Prisoners are never allowed to profit from their crimes and we take whatever steps are necessary to prevent it – including legal action if needed.’

Amazon did not respond to a request for comment last night.

Brent oil exceeds the mark of 90 dollars, its best level since 2014