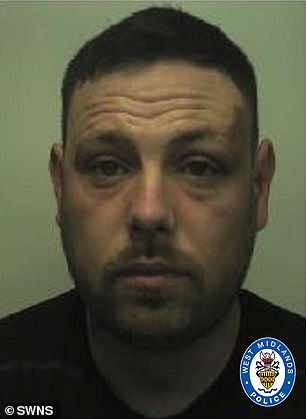 Ben Cooke, 35, (pictured) hit the man while hurling along the M6 near Birmingham

Shocking footage shows the moment a speeding BMW hurtles into a man on the hard shoulder after undertaking cars on the motorway.

Ben Cooke, 35, can be seen undertaking cars in his BMW 118 as he hurtled along the M6 between junctions 4a and 5 near Birmingham on December 22 last year.

A taxi driver was run over as Cooke sped along the hard shoulder of the motorway, where the victim had pulled onto seconds before.

The victim put his hazards on to warn other drivers, but as he got out of the car, Cooke ploughed into the Ford Focus.

He left the driver lying in lane one of the busy motorway as cars swerved to avoid him.

Cooke was jailed for 18 months at Birmingham Crown Court on November 16 and banned from driving for four years and nine months.

After the crash, Cooke walked away and got into a taxi which had stopped near to the scene of the collision, at around 1.10am.

An ambulance, and which Cooke had overtaken moments earlier, stopped to help the victim, who was left with multiple fractures and internal bleeding. 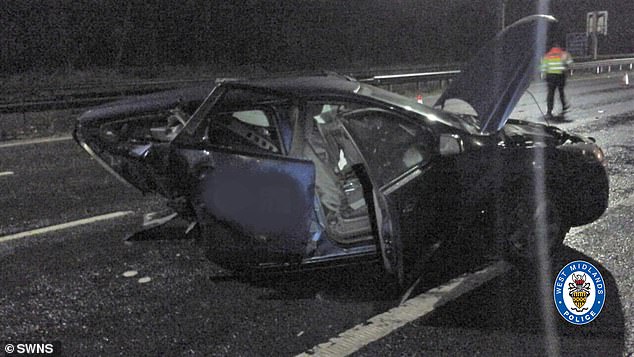 The taxi driver got out of his Ford Focus and Cooke ploughed into his car (pictured, the taxi after the crash) 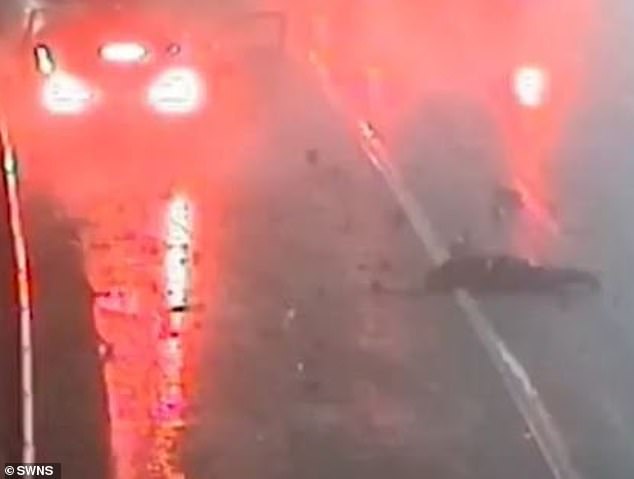 Cooke, of Tamworth, Staffordshire, was driven to a hotel in Castle Bromwich, Birmingham, where he checked in for the night.

He was arrested the next day and made no comment in interview, but went on to admit causing serious injury by dangerous driving.

PC Nick James, from the Central Motorway Police Group, said: ‘This was a horrific piece of driving, in terrible weather conditions on a part of the motorway that he shouldn’t have been on as the matrix boards were displaying ‘Hard Shoulder for emergency use only’ to show it was closed. 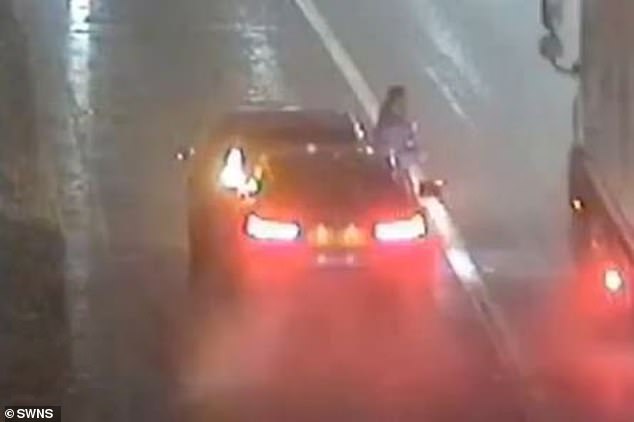 A taxi driver was run over as Cooke sped along the hard shoulder of the motorway, where the victim had pulled onto seconds before (pictured, the taxi driver before the crash)

‘We don’t know exactly how fast Cooke was going, but he was clearly undertaking vehicles which would have been travelling at around 70mph.

‘The taxi driver has no memory of the accident or why he had to stop on the hard shoulder.

‘He was left with multiple fractures and some internal bleeding, and while he is recovering, he hasn’t yet been able to return to work.

‘This footage shows that this could have been so much worse.’

CHICAGO (CBS) — We’re getting a look at one of the youngest victims killed in Wednesday...