Hundreds of babies’ lives could be saved if the US spent more on social services and environmental protections, study finds

Spending more on environmental, educational and social services may save the lives of hundreds of babies a year in the US, a new study suggests.

Researchers found that increasing spending by about 70 cents per person on housing and parks could decrease the infant mortality rate from 5.72 per 1,000 births to as much as 5.62.

What’s more, this raise in funding could significantly reduce the rates of death among those at highest risk such as infants born to teenage mothers.

The team, from Drexel University’s Dornsife School of Public Health, in Philadelphia, Pennsylvania, says its findings are the first to show what types of spending can have the greatest impact and which groups are at the highest risk. 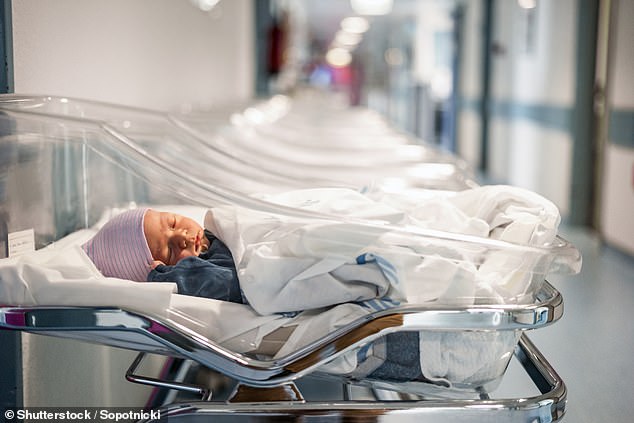 The US infant mortality rate – children who die before age one – has decreased by 20 percent over the last two decades.

However, several reports have shown that the US has had slower progress in reducing these rates compared to other countries and that poor birth outcomes are more often see among specific racial groups and states.

For the study, published in the journal Pediatrics, the team looked at data on infant deaths per state from the National Center for Health Statistics.

This was then combined with data on state and local spending between 2000 and 2016 from the US Census Bureau.

Researchers found that state and local governments spend an average of $9 per person for educational, social and environmental services.

Small increases in spending were linked to a modest, but statistically significant decrease in infant mortality rates.

Results showed that an increase of 30 cents per person in environmental spending, such as solid waste management, could reduce infant deaths by 0.03 per 1,000 live births.

Additionally an increase of 73 cents in social spending – such as housing and parks and recreation – per person was associated with a drop of 0.02 deaths per 1,000 live births.

Among mothers under 20 years of age, this reduction was even more profound.

‘These findings reinforce the role social determinants of health, like accessing clean air and water, play in one’s health – even before birth,’ said Dr Neal Goldstein, an assistant research professor at the Dornsife School of Public Health.

‘But this is more than a spending problem – we cannot simply buy our way out of this. It is addressing non-healthcare factors that occur upstream of pregnancy and may take several generations to have an impact.’

The team says more research is needed about what other factors may play a role in the link between spending and infant mortality.

‘Our findings help lawmakers understand the impact of those decisions and hopefully align those budgets more effectively with the needs of their citizens to support communities who need it most.’