The SPFL are preparing to throw the book at St Mirren over a breakdown of Covid-19 protocols.

The Paisley club’s Premiership clash with Hamilton was postponed on Friday night after their fourth brush of the season with the virus.

League rules state that a game can go ahead if a team has 13 available players, including at least one goalkeeper. 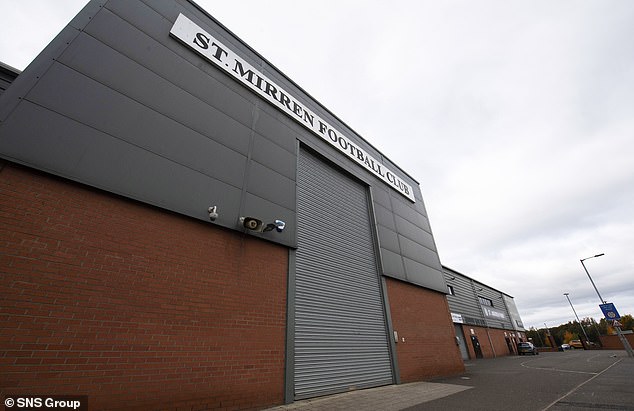 And with another three players and a member of the backroom staff testing positive on Thursday, the Buddies informed the league that they had just eleven fit players left to play the Accies after Public Health Scotland placed the entire first team and coaching staff in isolation.

The SPFL have now launched their second investigation in a week into the circumstances of the latest postponement. Disciplinary proceedings will follow next week following allegations of serious breaches of social distancing protocols surrounding player car sharing, coach journeys and team meals.

Kilmarnock already face the possibility of a points forfeit after the league followed the postponement of their recent game with Motherwell with disciplinary charges. Privately senior figures regard the charges facing St Mirren as more serious.

On Friday night, Saints Chief Executive Tony Fitzpatrick said: ‘We appreciate this is a frustrating situation for all connected to the club and those involved at Hamilton Academical.

‘This continues to be a challenging time for the club but the health and wellbeing of our players and staff remains our utmost concern.’ 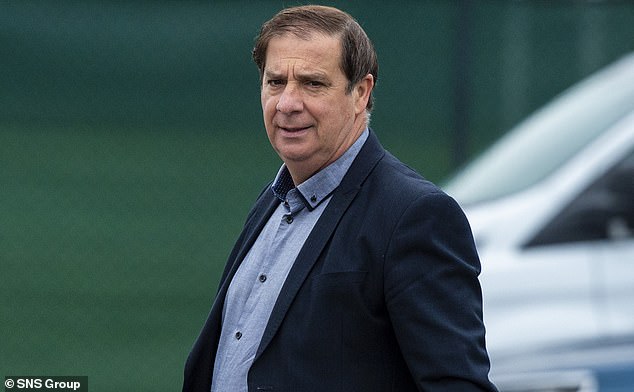 Kilmarnock saw six players test positive for Covid-19 ahead of their Premiership clash with Motherwell, with the remainder of the squad placed in isolation. Unable to field a youth team because young players had not been tested for the virus, the Rugby Park side have already forfeited a Betfred Cup match against Falkirk.

And a hearing will now be held before a sub-committee of the SPFL Board and an independent legal chair to decide if they should be punished for any breach of Covid protocols, with Kilmarnock vowing to defend their position fully

Now the victims of two coronavirus cancellations Motherwell boss Stephen Robinson has called on the SPFL to ‘get a move on’ with the investigations in order to allow his side to play their rearranged fixtures.

Three weeks on from their aborted trip to Rugby Park the Fir Park side are still no clearer on whether the games will be played.

And despite losing an unnamed player from his own squad to the virus Robinson expressed fears over a fixtures backlog when he said: ‘We can’t control the ones that have been cancelled but we had a free week this week. So could we not have played this week instead of cramming three or four games in on a week? 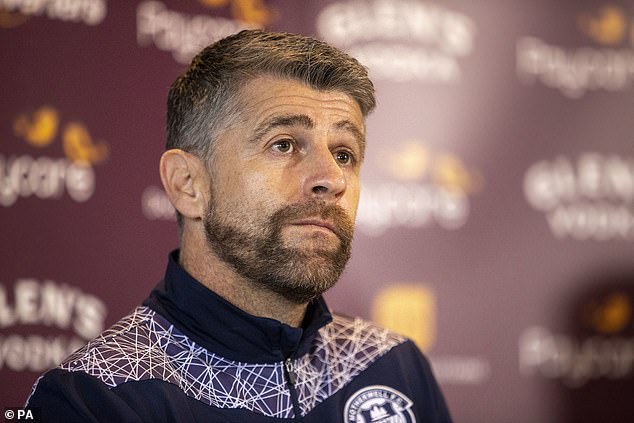 ‘Surely by now the investigation has been done and we can get the game played? That would have suited us.

‘We have had no games for four weeks. Instead of training all week, we could have played this Tuesday or Wednesday. I’m sure Kilmarnock would have been up for that as well.

‘Maybe the authorities could probably get a move on and help everybody out a wee bit more.’

Motherwell retested their squad on Friday morning ahead of Saturday’s visit of Ross County after a positive diagnosis was confirmed earlier in the week. No other players have been instructed to self-isolate.

‘It’s just the world we live in now, it is nothing we can really control,’ Robinson said. ‘It’s going to be a real push this season but we are happy to be playing football in any shape or form and we are going to have to deal with that’s put in front of us. 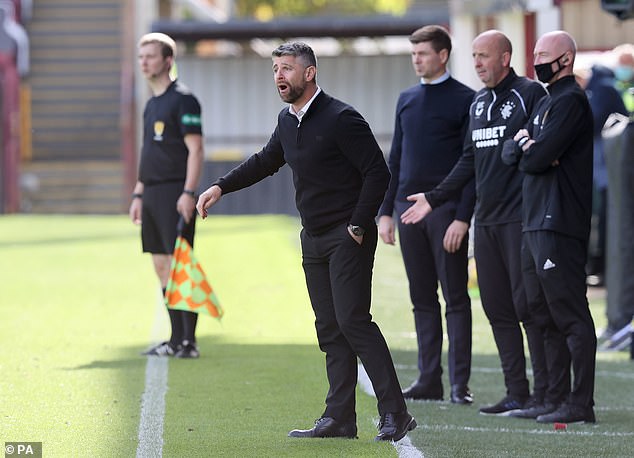 ‘I don’t think there is an advantage or disadvantage now, people are going to get hit by this virus now no matter how hard we try. It’s in society and we just have to cope with it and get on with it.’

With fears growing for the future of the new season the SPFL have written to the 42 senior clubs asking if they would vote through a revised proposal to grant the board the final say over titles, promotions and relegations of the campaign can’t be completed.

In July, the SPFL lost a vote to take control should there be a repeat of last term’s Covid-19 shutdown and a questionnaire has now gone to the clubs seeking the green light to hold another vote.

Members have also been asked to vote on whether league games should be forfeited when a club cannot fulfil a fixture and how many matches they think should have to be played before ‘valid’ final placings can be decided rather than a season being declared void.

‘Given the ongoing challenges caused to sport worldwide by Covid-19, several clubs have now indicated they have changed their position,’ said SPFL chief executive Neil Doncaster. 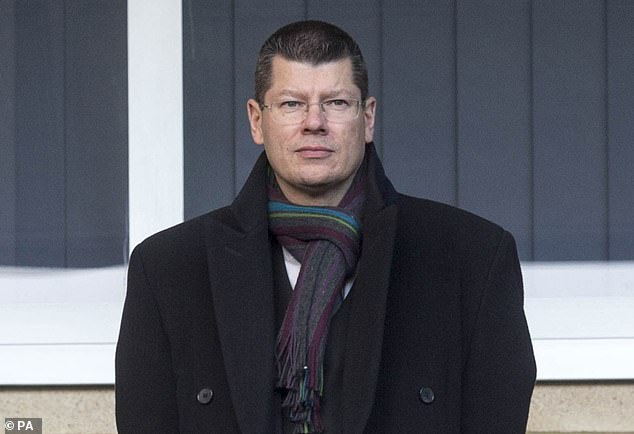 ‘The board wishes to establish if a sufficient number of clubs now wish to revisit this issue, so we can significantly reduce the uncertainty and division that arose towards the end of last season.’

A vote will only take place if a general consensus emerges and Hibs boss Jack Ross hopes clubs can come to some agreement.

Long Covid: 'I thought I'd get over this no problem'

Long Covid: 'I thought I'd get over this no problem'