Spies who discovered a rapist father had been keeping his daughter as a sex slave failed to tell police, leaving her suffering in his clutches for two more years.

Ronald Van Der Plaat began torturing his daughter Tanjas Darke from the age of nine, subjecting her to such heinous abuse that he is considered one of the worst sex offenders New Zealand has ever seen.

For more than two decades he shackled and raped his child, hanging her up to the ceiling by her ankles and placing her head in a box with a padlock on it while he committed atrocious acts.

His reign of terror would end in 1992, when Ms Darke, then aged 32, finally managed to escape the Auckland house of horrors she had spent the past nine years trapped in there with her father. 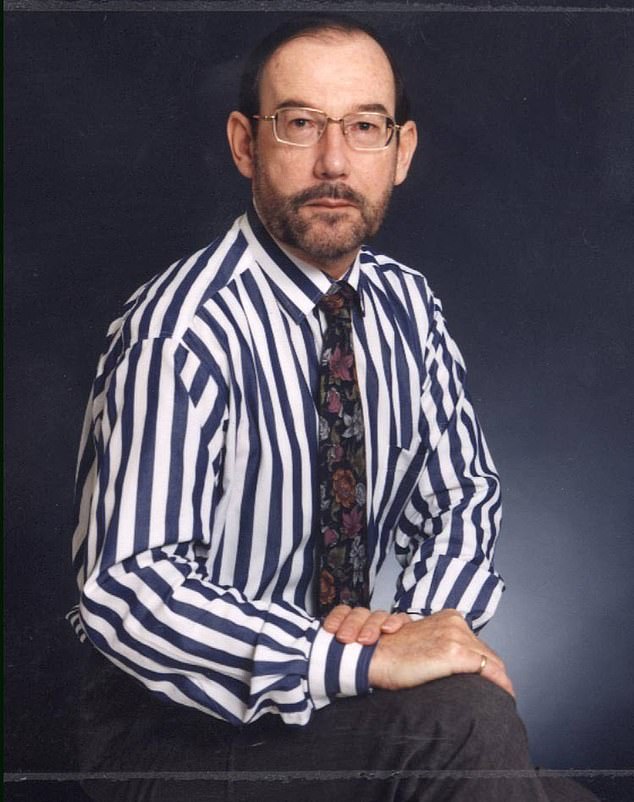 Ronald Van Der Plaat (pictured) kept his daughter Tanjas Darke as a sex slave for 23 years, from the age of nine, in their New Zealand home

The depraved sexual acts had begun in 1969, when they were living in Vanuatu, before he seized sole custody and whisked her away to New Zealand after authorities became suspicious of his abuse.

He spent 15 years in prison after being convicted in 2000 for rape and sexual violation for his offending between 1983 and 1992, before being released on parole in 2016.

But the horrific sexual abuse could have stopped two years prior if Secret Intelligence Service (SIS) agents had handed over evidence to authorities that they obtained while breaking into the suburban home in late 1989 and early 1990.

The spies had been tasked with entering the residence specifically to find photographic proof of his vile crimes against his daughter, on behalf of their bosses who were conducting surveillance on Van Der Plaat, RNZ reports.

The revelation the SIS had inside knowledge but failed to act came to light when Inspector-General of Intelligence and Security Brendan Horsley, an independent watchdog for spy agencies, released a report last week.

‘As a result of my inquiry I am satisfied that NZSIS did not inform the police of what it had learned,’ it read.

‘I think it most unlikely that any sharing with the police could have occurred without leaving any trace whatsoever in Service records. I conclude that no such sharing occurred.’

After spending years haunted by the case, former SIS agent Ewen Inglewood*, who was one of the spies who uncovered the intel, reported it to the IGIS in June this year.

He had initially called on his superiors to go to the police after finding the photos of Darke but his pleas were rejected.

On August 20, just months after filing the complaint, Inglewood received a letter from SIS Director-General Rebecca Kitteridge warning that unauthorised disclosure of classified information could have ‘serious implications’ for the government. 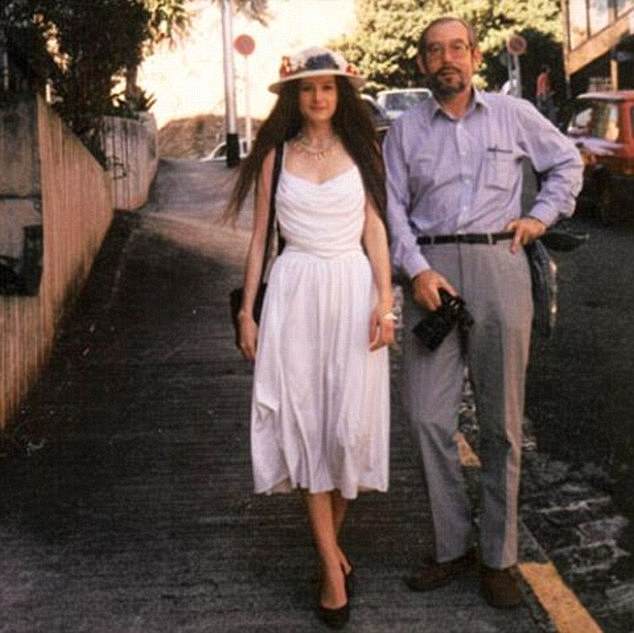 The letter informed Inglewood that he could be jailed for five years for disclosing classified information gained during his duties, a breach of section 78AA of the Crimes Act.

He responded to the SIS stating he believed the letter was an attempt to intimidate him into withdrawing the matter from the IGIS.

The SIS has rejected the claim, with Ms Kitteridge contending she had commissioned a review in July after learning of the case and subsequently strengthened crime reporting rules for agents.

In his findings, Mr Horsley said he believes the matter should have been reported to the police but ‘the SIS did not perceive the full scale and nature of the crimes of which the offender was later convicted’.

The reasons why the SIS were surveilling Van Der Plaat remain classified.

Van Der Plaat was born in Holland on Christmas eve 1933, relocating to New Zealand to study for a masters degree in anthropology at Victoria University.

He moved to Vanuatu in 1967 to work for Lloyds of London as an insurance surveyor, where he began abusing his daughter from the age of nine. 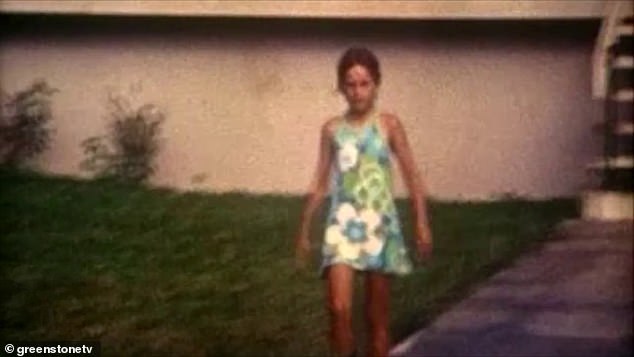 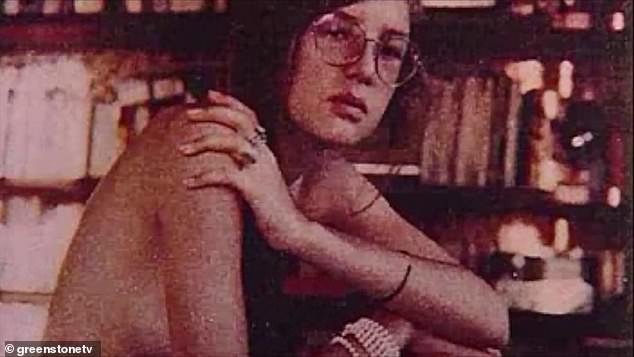 She was hung up by her ankles on the ceiling before he raped her. Van der Plaat also put her head inside a box with a padlock before he sexually assaulted her 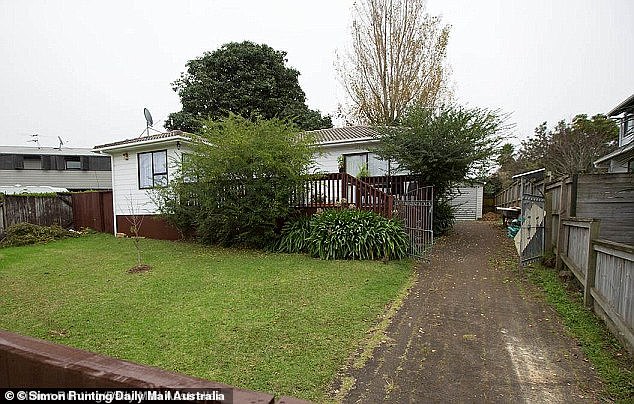 Pictured: The Te Atatu house where Van Der Plaat abused his daughter and where he returned to live after being paroled in 2016

He was deported in 1983 when authorities suspected the abuse, and moved to Auckland with Ms Darke, at that point becoming her sole custodian.

Ms Darke’s father would keep her in bondage with handcuffs, chains and clamps, and he would put her head in a box with a padlock on it as he carried out the rapes and shove wax into her ears, New Zealand Herald reported previously.

When Ms Darke was 12, she fell pregnant and caught a sexually transmitted infection after years of sustained sexual abuse.

Ms Darke, who waved her right to privacy, escaped two days after her 32nd birthday and was 40 when he was imprisoned in 2000.

She wrote a book called Flight of the Dancing Bird about her ordeal at the hands of her father, who has been likened to infamous Austrian criminal Josef Fritzl, who kept his daughter locked in a cellar for nearly 25 years.

Previously the sexual abuse victim said in a 2001 documentary, To Hell And Back, she didn’t wish anything bad to happen to her father but she did say: ‘I just basically don’t want him to get at me.’

Van Der Plaat was released from prison into a Te Atatu house under strict conditions in 2016, but still denies the offending against his daughter, according to his parole release statement. 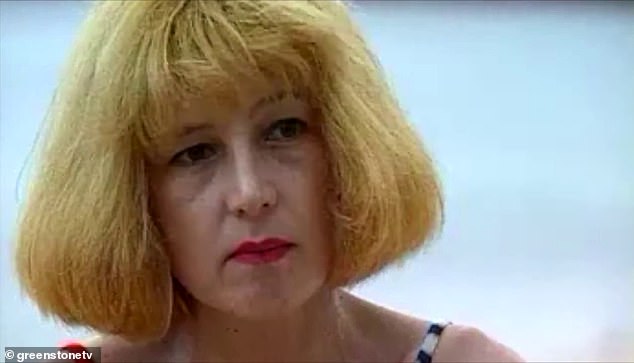 Ms Darke previously said in a 2001 documentary, To Hell And Back, she did wish anything bad to happen to her father but she did say: ‘I just basically don’t want him to get at me’

He continues to be tracked by a GPS monitor and he cannot leave his home between the hours of 10pm and 6am every day.

Now 87, Van der Plaat has dementia and is not allowed to contact or associate with Ms Darke unless he has written consent of his probation officer.

He is also not allowed to carry around a device with the capability of taking photos or recording videos, and banned from going into a park, school, kindergarten, beach, child care centre or library.

*Ewen Inglewood is a pseudonym as naming an SIS officer is an offence.

London's Covid cases are higher now than BEFORE England's lockdown

Flussssh it away! Terrifying moment man spots a COBRA slithering into his toilet bowl

This crate of oranges sold for nearly $9,600 at an auction in Japan