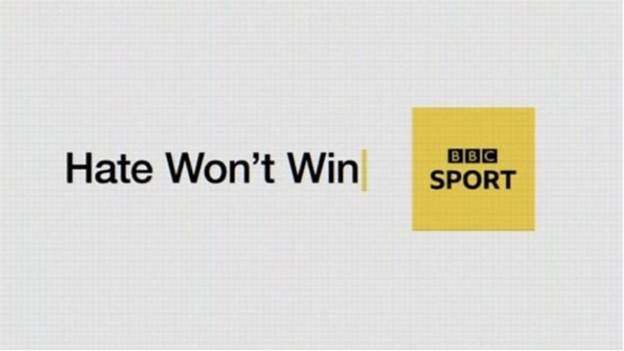 
This Bank Holiday weekend football and other sports will stage a social media boycott in response to the rise of hate-filled social media posts aimed at players and officials.

The campaign is calling for the UK Government and social media companies to do more to tackle online hate. They want filtering, blocking and swift takedowns of offensive posts, an improved verification and registration process for users and “active assistance” for police and other agencies to identify and prosecute people.

This does not mean that the BBC is neutral on issues such as racism or hate crime. They are abhorrent.

A recent BBC Sport survey of elite British sportswomen found rising levels of social media abuse. Closer to home, we have also been disgusted and alarmed by persistent racism in the comments sections of our social media posts.

To challenge this, the BBC launched Hate Won’t Win, pledging to make our social spaces safer. As a result, we have blocked hundreds of users, hidden or removed thousands of comments and worked hard to send a strong message against hate on our posts.

We will continue to work hard, and publicly, to tackle social media abuse and to expose and challenge racism. And we’ll continue to report extensively on the impact of social media hate – and this weekend’s boycott – across our platforms.