By Sportsmail Reporter For The Daily Mail

Full-back Lachlan Coote contributed 22 points in the second semi-final to help his side set up a mouthwatering derby with Wigan at Hull’s KCOM Stadium on Friday.

Coote said: ‘I’m very proud of the boys’ effort. The two weeks off helped us. We lifted the intensity in training and it showed. It was a massive effort. 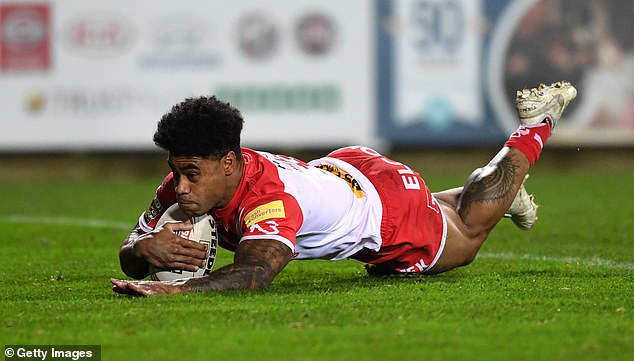 ‘Goal-kicking has been a focus this year, but my form is due to the boys and the service I’m getting.’

After the eight-try cruise, St Helens coach Kristian Woolf said: ‘We were outstanding. I was really happy with the way we attacked. We controlled the game and backed it up with good defence.’

It was a disappointing end to the season for outplayed Catalans and coach Steve McNamara reflected: ‘I’m disappointed with the finish on the scoreboard after the effort from everyone at the club this year. 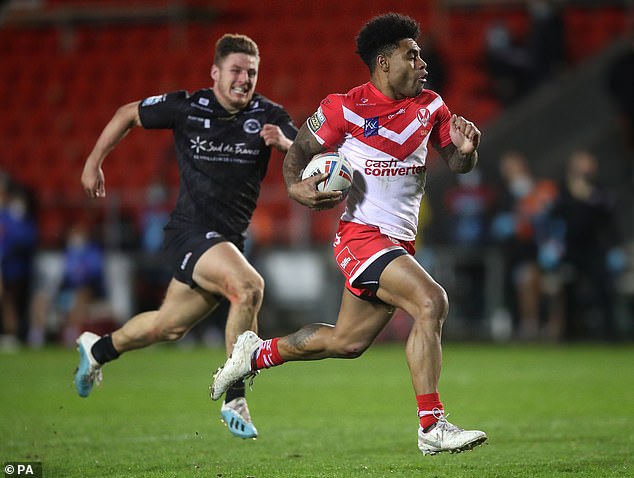 ‘To get beaten like that is harsh. I had two men in the sin bin for a period of time.

‘This is about St Helens and Wigan getting to the Grand Final and clearly those two teams are the best in the competition.

‘We couldn’t score a try and neither could Hull against Wigan in their semi-final.’