Starmer calls for MPs’ pay FREEZE in April instead of mooted 2.7 per cent rise


Keir Starmer today backed a pay freeze for MPs and Boris Johnson urged ‘restraint’ as the watchdog mulls a 2.7 per cent rise to more than £84,000 in April.

The Labour leader said politicians ‘do not need’ an increase at a time when ordinary people are under huge financial strain and it ‘should not go ahead’.

Meanwhile, Downing Street stressed that salaries were a matter for the Independent Parliamentary Standards Authority (Ipsa).

But the PM’s spokesman also warned that the body must take into account the ‘current circumstances’, with the energy cap due to rise and the national insurance bump due to take effect the same month.

Ipsa was given control of politicians’ pay after the credit crunch, and the watchdog has linked increases to changes in average public sector earnings for October.

The House of Lords has committed to following the uprating used by the Commons. That would see the daily allowance for peers – who do not usually receive a salary – go up from £323 to £332.

Sir Keir said: ‘I think that MPs do not need a pay rise and we should all be saying that we don’t need that pay rise and it shouldn’t go ahead.

‘The mechanism is independent but I think it’s for me, as Leader of the Opposition, to say that I do not think we should have that pay rise.’ 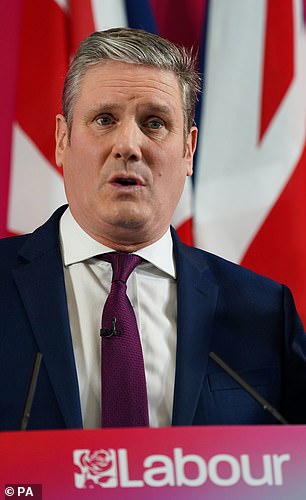 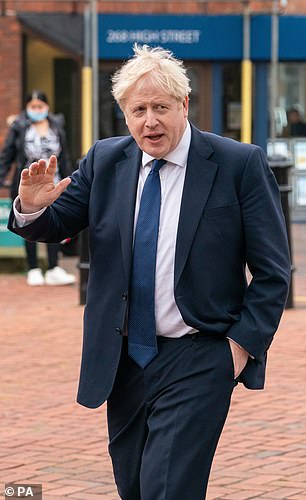 Boris Johnson today demanded ‘restraint’ from the MPs’ pay watchdog over a mooted 2.7 per cent rise to more than £84,000 in April 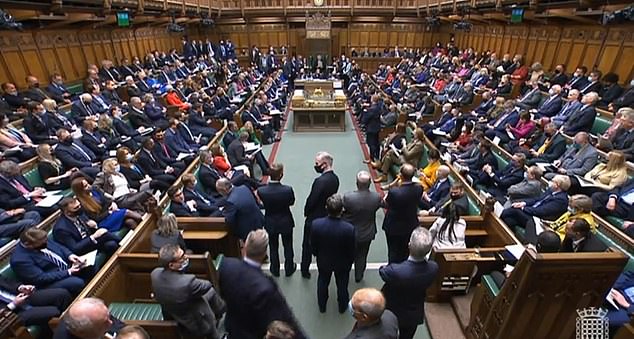 MPs are in line for a 2.7 per cent pay rise to more than £84,000 next spring as labour shortages and supply chain chaos drives up wages 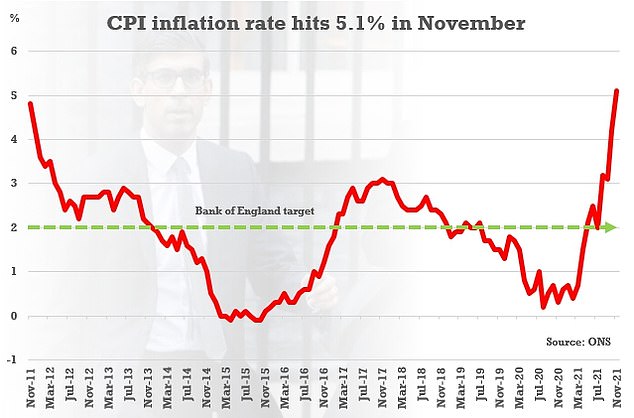 Although the rise is below inflation, with the CPI rate running at a five-year high of 5.1 per cent today, it will heap pressure for action to tackle the wide cost of living pressure and hand other public sector significant settlements.

Mr Johnson is already facing calls from Tories to cut VAT on energy bills, as wholesale gas prices are due to push them up by up to 50 per cent when the government’s cap changes in April.

Cabinet ministers are also pushing for a rethink on the eye-watering £12billion national insurance rise due to take effect that month, warning it cannot be justified when family finances are under such strain.

Ipsa is not expected to make a final decision on the pay rise until next month.

The PM’s official spokesman said today: ‘They’re independent of Government and they haven’t set out any proposals yet which I’ve seen.

‘I would say we would expect restraint on matters like this given the current circumstances, but beyond that I think it’s right that we let Ipsa set out their proposals as an independent body.’

He said he did not believe the Prime Minister would be making representations to the body.

Last year there was an outcry after warping effects from the furlough scheme left MPs on track for a big increase while the economy was being hammered by the pandemic.

Ipsa eventually abandoned the planned hike, and has said it will use ‘discretion’ to adjust the figure if necessary in the coming years – stressing that could be either upwards or downwards. 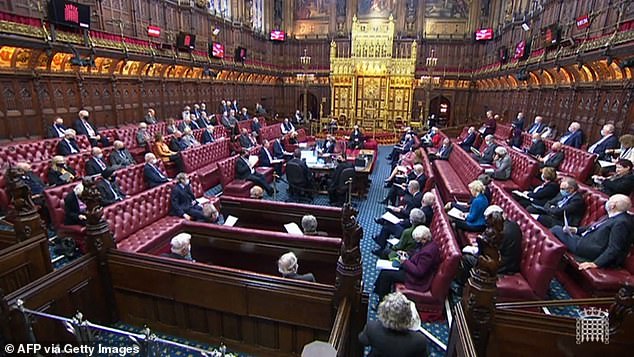 However, the ONS said last month that the impact of furlough and other side-effects have ‘largely worked their way out of the latest growth rates’.

An Ipsa spokesman said: ‘A decision on MPs pay for 2022-23 will be taken by Ipsa early next year.

‘Ipsa will take into account ONS data as well as other relevant information when reaching a decision.’

A source played down the prospect of the watchdog opting for a figure above 2.7 per cent, saying it would be a ‘brave’ move.

A House of Lords spokesman said last month: ‘The House of Lords has previously agreed that any increases in Members’ allowances will be linked to rises to MPs’ salaries that are agreed independently by Ipsa.

‘Last year MPs’ salaries were frozen as were House of Lords allowances.

‘Until Ipsa puts forward proposals for MPs’ salaries it is not known whether Lords allowances will increase in 2022.

‘It is possible that they will be frozen again if that is what Ipsa propose for MPs.’

Mr Johnson today said he is ‘constantly’ meeting with Rishi Sunak to hammer out solutions to the cost of living crisis as he hinted the Government is on the verge of taking action.

The Prime Minister revealed during a visit to a vaccination centre in Uxbridge this morning that he met with the Chancellor last night to discuss soaring energy bills.

Mr Johnson said he knows that rising bills are ‘making life very tough’ and he understands ‘how difficult it is’ for people.

The premier said ‘we’re certainly looking at what we can do’ as he hinted action will be taken on bills before April when the energy price cap is due to be reviewed and a National Insurance hike will go ahead.

The comments came after Michael Gove said Government support on energy bills should be targeted at ‘those most in need’. 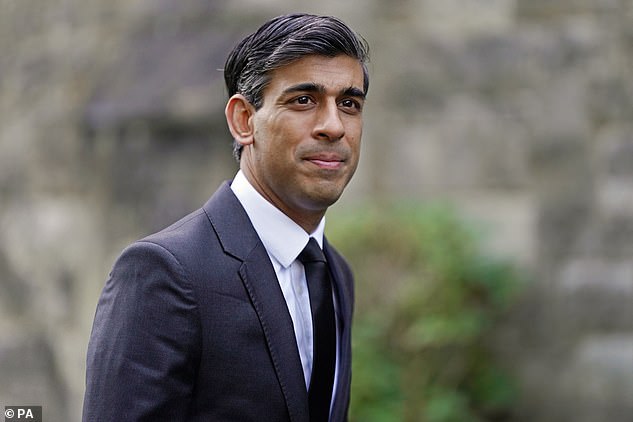 The Communities Secretary said it is ‘important that we look at a range of options’ for helping struggling families but stressed ‘we should be concentrating our support most on those with the least income’.

A new poll has revealed one third of Britons fear they will be unable to pay their energy bills this year.

A YouGov survey published by The Times found 33 per cent of people expect their fuel bills to become unaffordable in 2022.

Meanwhile, 86 per cent are braced for the cost of living to increase and two thirds (67 per cent) are personally worried about rising prices.

The Prime Minister is expected to hold further talks with Mr Sunak and Business Secretary Kwasi Kwarteng this week.

Senior Tories have warned Mr Johnson he will be punished at the ballot box unless he remedies the cost of living crisis.

The Raptors have six consecutive victories

Analysis Hints These Tokens Will Be Under Top 10 In The Next Six Months! 2021

Analysis Hints These Tokens Will Be Under Top 10 In The Next Six Months! 2021