Starting Thursday, the Swiss fighters will protect the country’s airspace around the clock 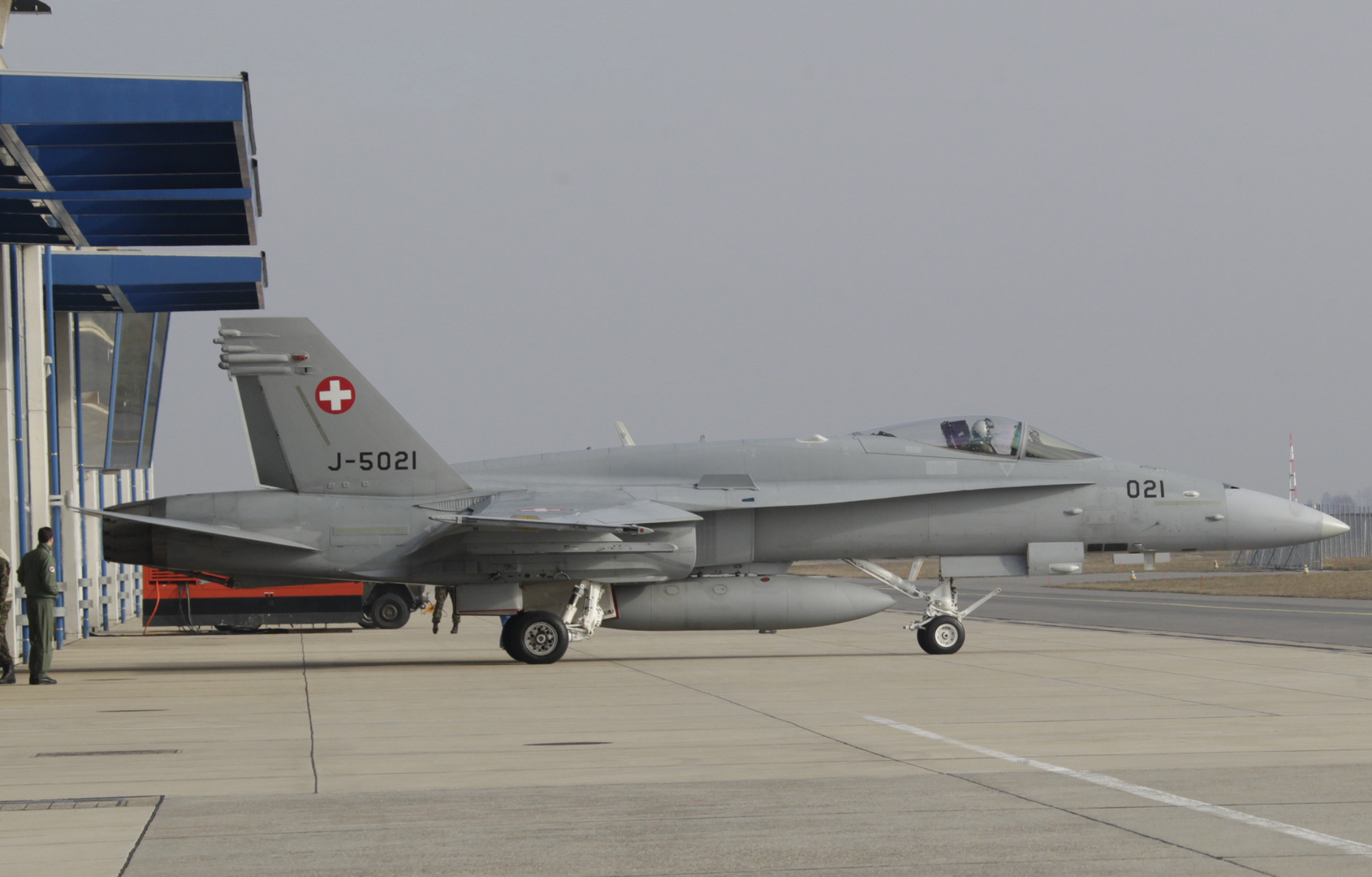 The Swiss Army announced that the country’s airspace will be protected around the clock, after 7 years have passed since it was not possible to launch fighters in the context of dealing with a plane hijacking that took place outside working hours.

From Thursday, December 31, the Swiss army will put the two F-18 fighters in service around the clock, to protect the airspace of the small country that does not have any seaports, according to an army statement.

“As of now, the Air Police will be on hearing 24 hours a day to ensure the security and sovereignty of Swiss airspace,” the statement said.

A proposal to increase the surveillance of Swiss airspace was submitted in 2009, and gained momentum after a process recorded five years later, highlighting the lack of security protection around the clock.

In February 2014, an assistant pilot hijacked an Ethiopian Airlines plane, the plane that was assisting its captain, which was carrying 202 passengers and crew, bound from Addis Ababa to Rome, and forced it to land in Geneva.

The co-pilot, Heilmedehin Abera Tagegen, closed the cockpit, after the pilot went to the toilet. Italy and France launched their fighters to keep pace with the aircraft in their airspace.

However, although the co-pilot was quick to announce his intention to land the plane in Switzerland, where he later revealed that he was intending to seek asylum, Switzerland did not launch its fleet of F-18 and F-5 Tiger fighters to keep up with the plane.

The Swiss Air Force stated at the time that the fighters were not launched because they were only available during working hours.

After the embarrassing incident, the Swiss parliament prepared a project to strengthen the protection of Swiss airspace, with the aim of ensuring that two fighters are available around the clock, able to move within 15 minutes of notification.

The statement indicated that the project “was successfully completed within the expected deadline.”

To complete the project, about 100 jobs were created in the Air Force, the logistics sector and command centers.

According to the statement, the annual cost of the new system is estimated at 30 million Swiss francs (34 million dollars, 28 million euros).

More store closings in 2021? These are the most vulnerable major retailers of 2021 as pandemic continues