States are so flush with funds, many are cutting taxes 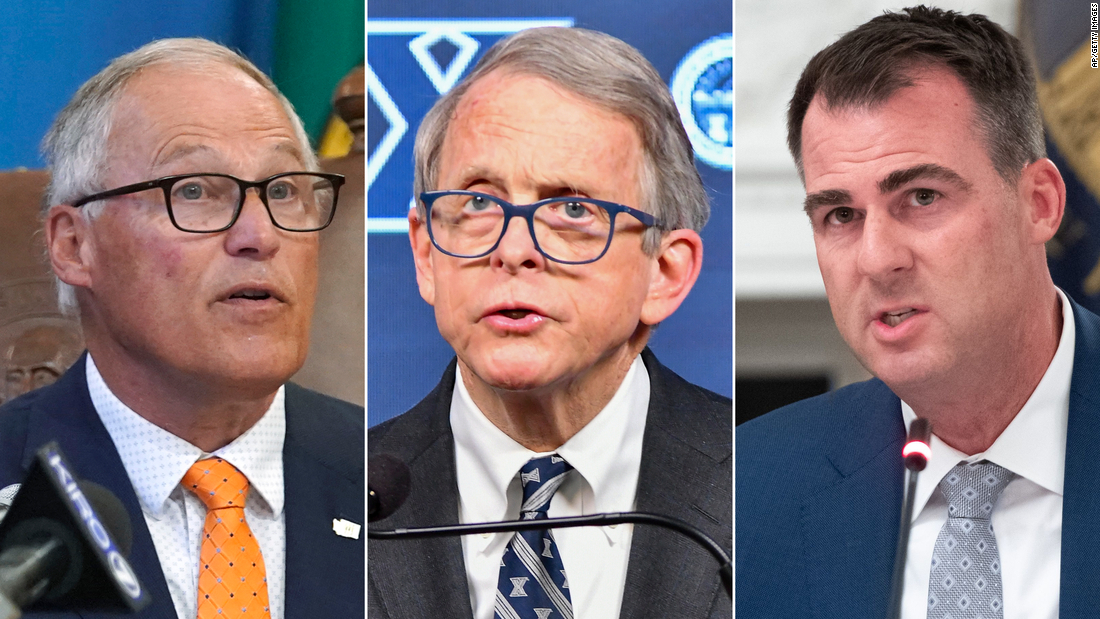 So instead of cutting spending in the wake of the pandemic, many states are cutting taxes.

Nine states have passed legislation to reduce individual or corporate income tax rates that is awaiting governors’ signatures or has been enacted, according to Katherine Loughead, senior policy analyst at the right-leaning Tax Foundation. In some, the reductions are retroactive to January 1, but in others, the cuts don’t take effect until next year.

“Most of the states that are doing rate reductions have a big surplus, and that’s what they are using,” Loughead said. “A lot are pursuing policies they had in mind for a while now, but just didn’t have the revenue to do.”

Many of the measures cut taxes across the board but provide bigger benefits for the wealthy.

In Ohio, Republican Gov. Mike DeWine was set to sign a two-year budget bill on Wednesday that reduces income tax rates and boosts the bottom bracket so more low-income earners will be exempted. But it also eliminates the top bracket for those earning more than $221,300.

This means that the state’s wealthiest 5% of taxpayers will receive nearly 60% of the benefits, while the bottom 80% will get only 23%, according to an analysis for Policy Matters Ohio by the left-leaning Institute on Taxation and Economic Policy.

“Without veto action by DeWine, the legislature will send a windfall to the wealthiest Ohioans while draining revenue the state needs to get back on track after the pandemic,” said Zach Schiller, Policy Matters’ research director. “Altogether, the tax cuts and breaks will cost more than $2 billion over the next two years that could be put to much better use.”

Oklahoma Gov. Kevin Stitt, a Republican, last month signed legislation cutting individual income tax rates by 0.25 percentage point. That reduces the top rate from 5% to 4.75%, the sixth lowest among states that levy income taxes, according to the Tax Foundation.

A tax bill signed in May provides $220 million in one-time income tax rebates to residents — providing a minimum payment of $50 per taxpayer and dependent or about 9% of the tax amount reported on residents’ 2019 state income tax forms, whichever is higher.

The legislation also includes $163 million in ongoing tax reductions. It trims the number of income tax brackets to five, from seven, and lowers the top individual and corporate tax rates to 6.5%, from 6.925%.

The primary source of funding for the measure comes from the implementation of a provision several years ago that levies sales taxes on out-of-state purchases made online, according to the Idaho Freedom Foundation.

Several states also made changes to their earned income tax credits, which benefit lower-income workers, particularly many essential employees who braved the pandemic.

“A lot of the EITC expansion is a lot of states saying: Hey, we know this one group of workers has been particularly hard hit, because the defining characteristic of this last year is that if you were a lower-income worker, you probably lost your job and got hammered,” said Richard Auxier, senior policy associate at the nonpartisan Tax Policy Center.

In addition to its rate cuts, Oklahoma made its state-level earned income tax credit refundable again so that lower-wage workers can receive the full amount, even if it exceeds the taxes they owe. It was made nonrefundable in 2016 to address a budget shortfall, according to the left-leaning Oklahoma Policy Institute.

Washington Gov. Jay Inslee, a Democrat, signed a bill creating a state-level earned income tax credit in May, after more than a dozen years of advocacy by consumer groups. The credit, which will begin in 2023, will provide between $300 and $1,200 to 420,000 households, according to the left-leaning Washington State Budget & Policy Center.

The bevy of tax cuts come even as a coalition of Republican states are suing the Biden administration over a provision in the $350 billion state relief fund contained in the Democrats’ $1.9 trillion rescue bill from March. It says that states cannot use the funds to “either directly or indirectly” offset a decrease in net tax revenue resulting from changes such as rate reductions, rebates, deductions and credits.

However, Treasury Department guidance later clarified that states can cut taxes as long as they are paid for through economic growth, measured by increases in tax revenue from fiscal 2019, Auxier said.

Many state officials, particularly Republicans, argue that cutting taxes is a way to bolster their economic recovery from the pandemic — setting up a clash with left-leaning advocates, who say budget surpluses should be spent on struggling residents.

In Arizona, the state budget that GOP Gov. Doug Ducey is expected to sign collapses the state’s tax brackets into two — a 2.55% and a 2.98% rate. A flat rate of 2.5% could take effect in the future depending on the amount of general fund revenue that is raised. Also, lawmakers put in a 4.5% rate cap, blunting a 3.5% surcharge on higher earners that voters approved last year to pay for education.

“We’re giving a bulk of the surplus dollars back to the people who earned them — to you,” Ducey said in a video message, highlighting that the budget contains the largest tax cut in state history. “This budget puts a giant ‘Open for Business’ sign on the state of Arizona. We will remain competitive and continue to attract good-paying jobs,”