States will likely receive far fewer doses of coronavirus vaccines than they told their residents to expect this month, a new report suggests.

The projected number of shots that states including New York and Nevada said they’d be able to give in the first round of the vaccine rollout, expected to begin next week, was based on outdated figures, a Department of Health and Human Services spokesperson told Bloomberg.

Pfizer originally aimed have 100 million doses of its coronavirus vaccine ready for global distribution by the end of the year.

But now the company has confirmed it will only be able to provide 50 million doses of its jab this month – half as many as it initially promised – due to a supply chain issue.

States’ orders  – and, in some cases, the quantities they told residents to expect – were based on outdated estimates sent to them by the federal government in October.

Those allocation estimates were in turn based on earlier expectations that Pfizer would have twice as many doses of vaccine to offer once it (presumably) gets emergency use authorization (EUA) from the Food and Drug Administration (FDA), a designation the firm’s shot is expected to get after a Thursday meeting.

After the FDA’s expected approval of its shot, another 12.5 million doses of Moderna’s vaccine will go out.

According to a DailyMail.com tally, states are altogether already expecting nearly five million doses of vaccine to arrive in those earliest shipments from Pfizer, and some – including Florida – have not yet announced how many vials of vaccine they expect.

Plus, it’s unclear whether those estimates include federal facilities with at-risk residents and workers, such as Veterans Administration (VA) nursing homes and federal prisons.

Last month, after considering more complicated allocation schemes, the U.S. government decided the number of coronavirus vaccine doses each state received should be based upon its adult population.

States were asked to order vaccine doses based on this number, and did so.

On the basis of its request, New York, for example, was expecting about 170,000 doses of Pfizer’s shot in its first shipment, followed by 40,000 doses of Moderna’s shot (expected to be authorized after a December 17 FDA meeting), Governor Andrew Cuomo said last week. 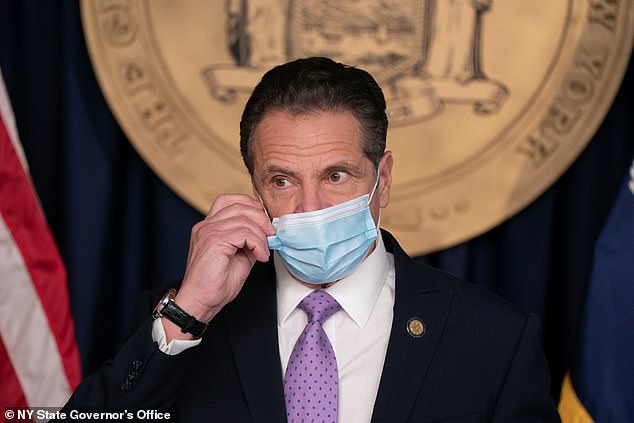 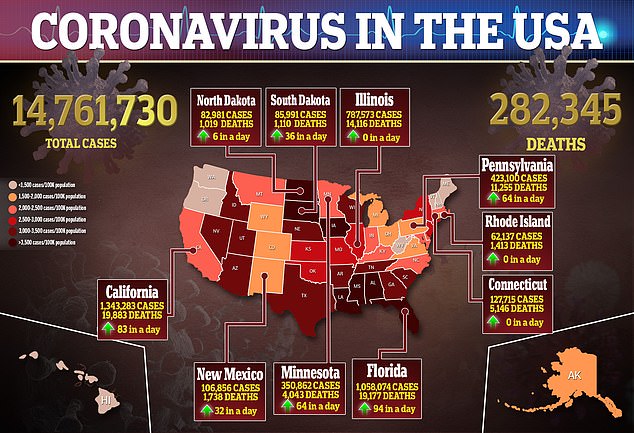 In total, the state planned to have some 340,000 doses of vaccine by year-end.

The first Pfizer shipment, the HHS spokesperson told Bloomberg, will fall far below that expectation and, as a result, so will the New York’s first total allocation.

That, too, the spokesperson said, is an overestimate.

According to the Washington Post, Maine was initially allocated 36,000 doses of Pfizer’s vaccine.

For states that didn’t submit orders for vaccine doses until next week, neither Operation Warp Speed nor the states themselves have released exact figures on how many vaccine doses they’ll get in the first wave of shipments, though some have given ballpark figures for how many doses they expect by year-end, or over December 2020 and January 2021 combined. 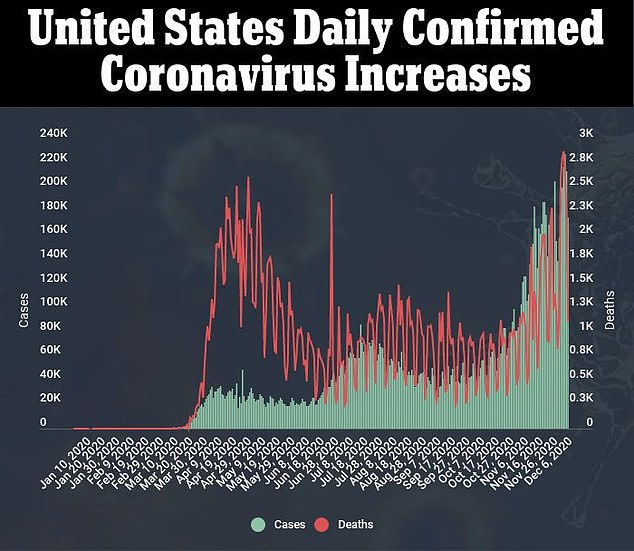 The HHS spokesperson said that the initial estimates were never intended to be promised allocations.

Instead, they told Bloomberg, these were ballpark figures for ‘planning purposes,’ which would be altered once the federal digital allocation system is in place.

In the UK, where Pfizer’s shot was approved last week and is set to be rolled out starting tomorrow, many doctors and nurses, including those working for the National Health Services (NHS), were crestfallen to learn last week that they would not be getting the first doses of the shot.

Last week in the U.S., the Advisory Committee on Immunization Practices (ACIP), which guides the CDC’s vaccination policies (but does not officially make policies) through its recommendation said that, in no particular order, health care workers and people in long-term care facilities should be vaccinated first.

So in light of the states’ overestimates, and Pfizer’s halved global capacity, U.S. doctors and nurses may be in for the same unpleasant surprise.

HOW MANY DOSES OF COVID-19 VACCINE DO US STATES EXPECT TO RECEIVE THIS MONTH?

States have released estimates of how many doses of vaccine they expect, with some specifying how many of each Moderna’s and Pfizer’s shots they anticipate, and others giving figures for how many they expect in total by year-end. Many of these, an HHS spokesperson says, are over-estimates.