Steph Curry’s parents Sonya and Dell Curry have both accused the other of cheating, in their divorce proceedings.

Sonya Curry, 55, filed paperwork June 14 in North Carolina for the split from Dell, 58, TMZ reported Tuesday, claiming that his ‘marital misconduct’ included multiple affairs that were known by family and friends.

Sonya said she didn’t publicly reveal her knowledge of Dell’s cheating ‘in one final act of trying to protect [him] and family from possible public exposure and scrutiny.’ 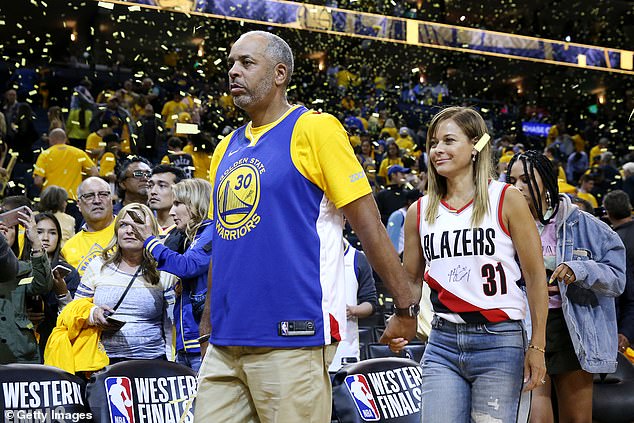 The latest: Steph Curry’s parents Sonya and Dell Curry have both accused the other of cheating, in their divorce. The former couple were snapped in May of 2019 in Oakland

Sonya – who says she and Dell separated in March of 2020 – said ‘she was left with no choice’ but to reveal his cheating after he accused her of being unfaithful.

Dell said in court docs Sonya had engaged in ‘acts of illicit sexual misconduct’ before they had separated, and subsequently lied about it.

Sonya is currently residing with another man, Dell said in legal docs reviewed by the outlet, and therefore should not be eligible to collect alimony.

Sonya said in court docs that she has been dating a man in the months after she and Dell separated, but denied living with him, saying she lives on her own, as Dell would not let her stay in the family home following their split. 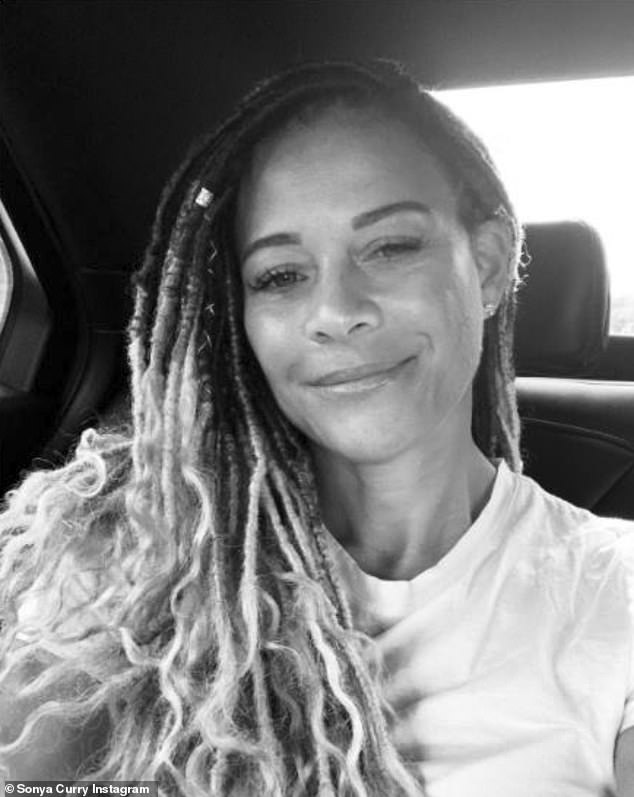 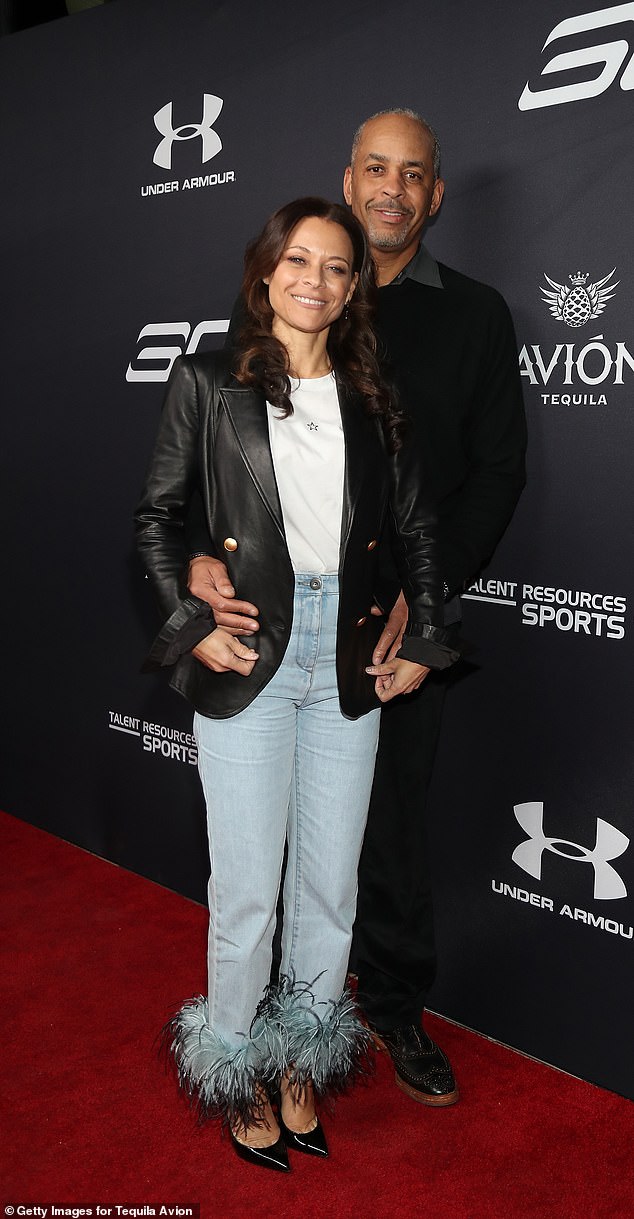 Better times: The former pair were snapped in 2018 in LA 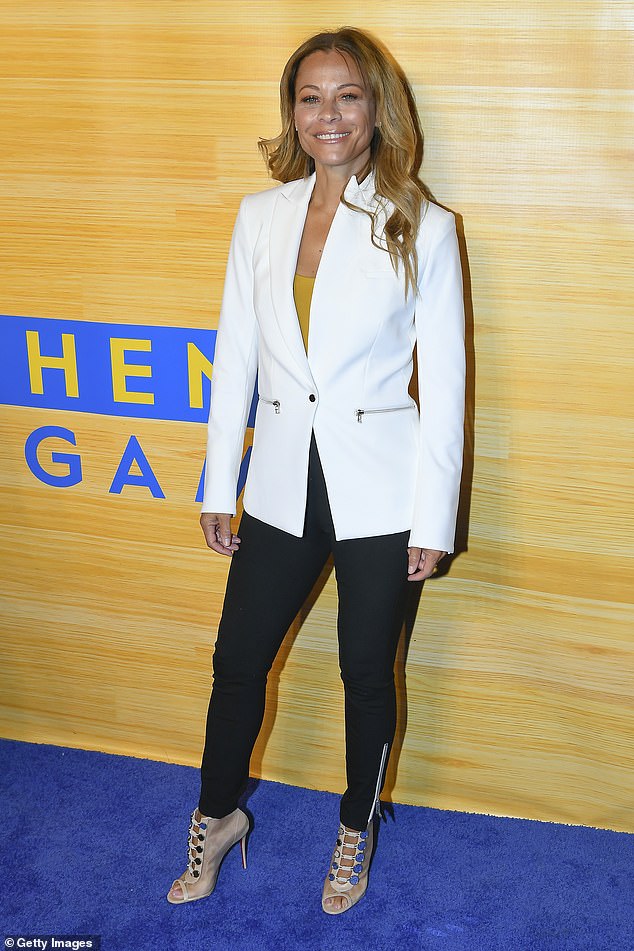 Out and about: Sonya was snapped in Oakland in April of 2019

The former couple have famously cheered on both Golden State Warriors superstar Steph, 33, and their son Seth, 31, who has played for multiple NBA franchises, and are parents to daughter Sydel, 26.

Sonya and Dell initially met in college at Virginia Tech, and welcomed Steph in 1988, Seth in 1990, and daughter Sydel in 1994.

Sonya and Dell, speaking in a joint statement to People Monday, said that ‘after exploring a trial separation over the past year and much thoughtful consideration, we have decided to end our marriage. 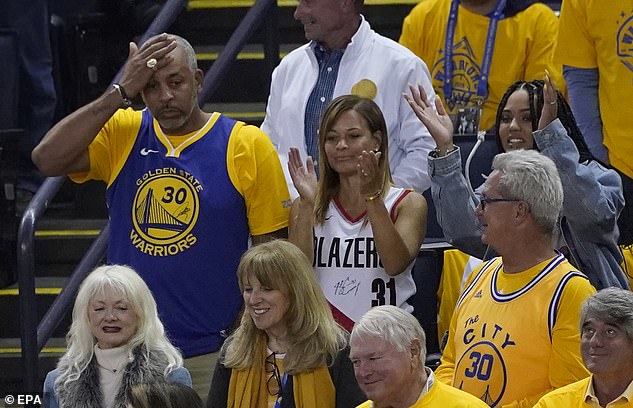 Sonya and Dell, speaking in a joint statement to People Monday, said that ‘after exploring a trial separation over the past year and much thoughtful consideration, we have decided to end our marriage’

Dell played as a guard in the NBA from 1986 thru 2002, spending 10 years on the Charlotte Hornets, with stints on the Utah Jazz, Cleveland Cavaliers, Milwaukee Bucks and Toronto Raptors.

He has worked as a commentator for the Hornets since 2009, while Sonya has presided over a Christian Montessori School.

Last year, the pair worked on a podcast called Raising Fame, which focused on families in sports.

Why are women only being diagnosed with autism in mid-life?

Neither Maoism nor the Cold War are back

Neither Maoism nor the Cold War are back