Sterling has more room to climb

Should you buy NVDA as institutional buyers take positions?


The GBP/USD pair continued its bullish trend on Monday as investors focused on last Friday’s economic data from the United States. The pair rose to a high of 1.3600, which was about 3.25% above the lowest level in December last year.

The GBP/USD pair rally continued as investors priced in more convergence between the Federal Reserve and the Bank of England (BOE).


On Friday, data by the Bureau of Labor Statistics (BLS) showed that the American labour market continued tightening in December even as the Omicron variant threat remained.

The American non-farm payrolls increased by 199k in December, significantly lower than the median estimates of 422k.

Additionally, the numbers revealed that the US unemployment rate declined to 3.9% in December, which was better than the median estimate of 4.1%. It was also the lowest level it has been since the pandemic started in 2020.

Wages, which were being watched closely in light of the rising consumer inflation, rose by 0.6% on a month-on-month (MoM) basis and by 4.7% on an annualized basis.

These numbers show that the American economy is doing relatively well even as the great resignation continues.

Looking forward, the GBP/USD pair will react to the latest consumer price index (CPI) data that will come out on Wednesday. The number is expected to show that the headline CPI jumped to 7% in December, the highest it has been in decades.

Meanwhile, the GBP/USD has risen simply because analysts see a convergence between the Fed and BOE. The BOE has already started hiking interest rates and analysts expect that it will implement three to four rate hikes this year.

Similarly, the Fed has hinted that it will end its quantitative easing (QE) program and then implement about three hikes in 2022.

The two-hour chart shows that the GBP/USD pair has been in a bullish trend in the past few weeks. As a result, the pair has formed a bullish channel that is shown in green. It has also stubbornly remained above the 25-day and 50-day exponential moving averages while the MACD has moved above the neutral line.

Therefore, the pair will likely keep rising as bulls target the key resistance level at 1.3700 in the near term. This view will be invalidated if the price drops below 1.3550.

International Business Machines Corporation (NYSE: IBM) will announce fourth-quarter earnings results this Monday, January 24, after the market closes. IBM shares have weakened slightly above 3% since the...

PayPal Holdings Inc. (NASDAQ:PYPL) is the world’s most popular digital money transfer platform. In today’s stock market, the fast-growing company remains one of the most well-known equities. However,...

Should you buy NVDA as institutional buyers take positions? 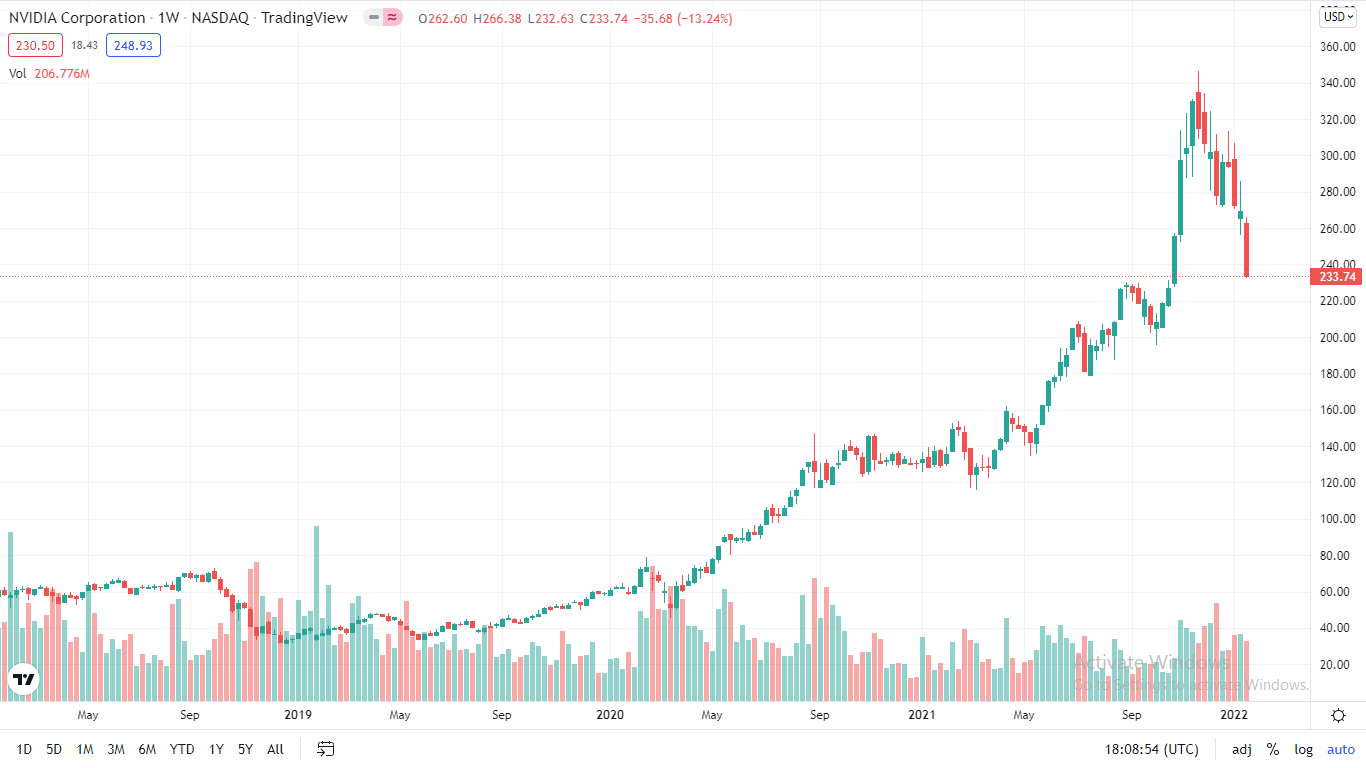 Nvidia Corporation (NASDAQ:NVDA) was one of the best-performing stocks of 2021. However, like all other stocks, it has taken a hit over the last few weeks. In the...

On Wednesday, news that SoFi Technologies Inc. (BMV:SOFI) had received approval from the Office of the Comptroller of the Currency and the Federal Reserve to purchase Golden Pacific...

Wall Street’s main indexes ended sharply lower on Friday, and the S&P 500 and Nasdaq had their biggest weekly drops since the beginning of the pandemic in March...