Streaming is giving EFL clubs a lifeline with over 386,000 streams followed across 106 games


EXCLUSIVE: Streaming is giving clubs a lifeline with over 386,000 streams followed across 106 games in the EFL and Carabao Cup in September

Sunderland lead the way in League One, Bolton are out in front in League Two and the derby between Watford and Luton tops the charts in the Championship.

The first figures from this season’s EFL streaming services can be revealed by Sportsmail.

There were 386,700 streams viewed across 106 games in the EFL and Carabao Cup in September on the iFollow service or club equivalents. 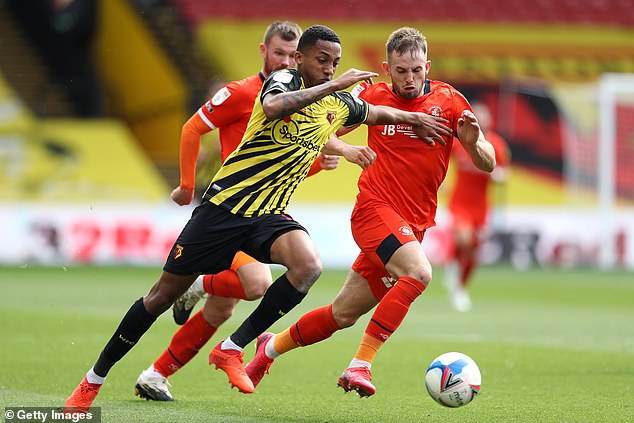 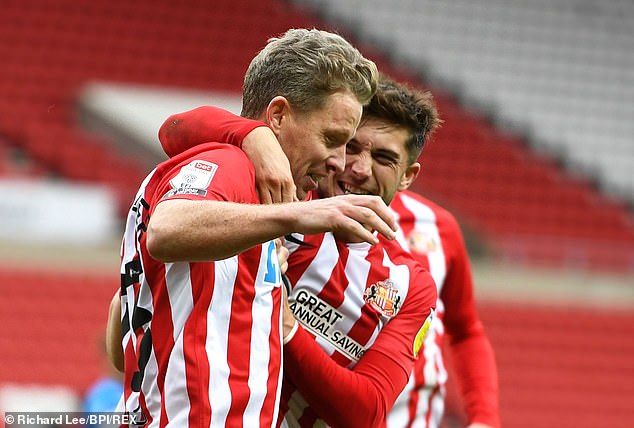 Numbers hit almost 12,500 for Watford’s 1-0 win over Luton, over 23,000 for Sunderland’s first three games in League One, and more than 14,500 for three Bolton games in League Two, which yielded no points and no goals.

The highest September figure was 15,452 for Everton’s win over West Ham in the Carabao Cup on Wednesday.

It illustrates football fans’ dedication in a crisis, but money from the streaming services — it costs £10 for a match pass or the price is included in a season ticket — is not close to replacing the revenue lost by games being behind closed doors.

‘On a typical matchday we do about 150,000 streams when we’d normally have up to 450,000 supporters at matches,’ said Ben Wright, the EFL’s chief commercial officer. ‘In reality, more than 150,000 are watching, because a husband and wife or a household of four will watch on one stream.

‘But it’s nowhere near the normal contribution. On average, supporters at an EFL game spend about £30 per head. Now they spend a share of a tenner.’

The iFollow service was launched in 2017 for supporters living overseas. A year later, it was made available in the UK for midweek games, and is now crucial post-lockdown.

‘It is a lifeline for us in terms of the connection between the club and the fans, and mitigating some of the losses our clubs are suffering,’ said Wright. 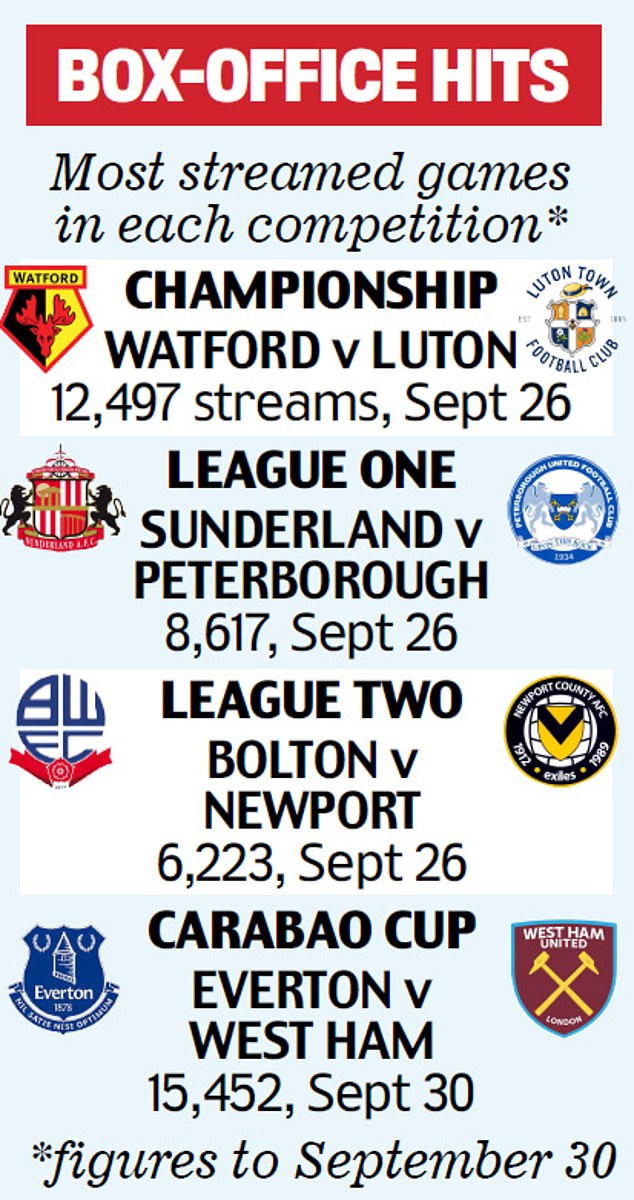 ‘This is in no way compensation for not having fans in stadiums in terms of either atmosphere or financial contribution, but, if we didn’t have this, we’d have a real problem.’

Each division voted on how to split the revenue. In the Championship, home clubs take all the money from streams they sell. In League One, it is split by a formula devising what the attendance might have been. And in League Two, the hosts take the first 500 streams sold by the away team.

Colchester chairman Robbie Cowling said he would take £54,000 from a home game against Bolton with gates open but took just £8,000 via streaming.

Bolton, who would usually take next to nothing as the away team, earned nearly £15,000 from streaming. When Colchester played at Bradford, they did not sell 500 streams and received no income. ‘Bolton look set to receive £345,000 from their away games this season,’ said Cowling. ‘But we can look forward to approximately zero.’

Trump's Covid contact: Who he met and who's tested positive

PLATELL'S PEOPLE: Chrissy Teigen's baring all on social media after a miscarriage is courageous

The Washington Post: Trump called on Georgia officials to “find” voices that upset the election results

Price: (as of - Details) Please note This version is for 2016 taxes originally due...