EXCLUSIVE: Students at two London universities are warned they need ‘explicit verbal consent’ before touching anyone inside their union under strict ‘safe space’ policies

Students at two London universities must obtain ‘explicit verbal consent’ before touching anyone inside their student union or risk being barred under safe space rules, MailOnline can today reveal.

The directives at Goldsmiths and SOAS mean that students wanting to hug their friends or pat them on the back to say well done must ask in advance before doing so or risk being turfed out by security staff.

Both student unions have bars at their headquarters and regularly run party nights, where the requirement to ask permission before touching anyone would also apply in a bid to uphold ‘physical and emotional boundaries’. 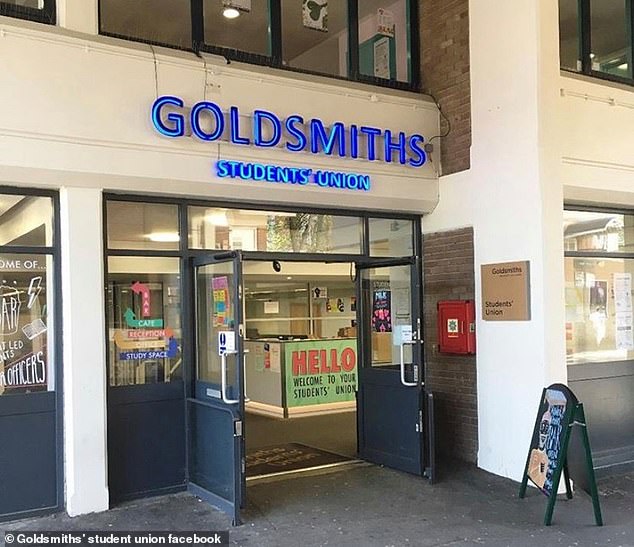 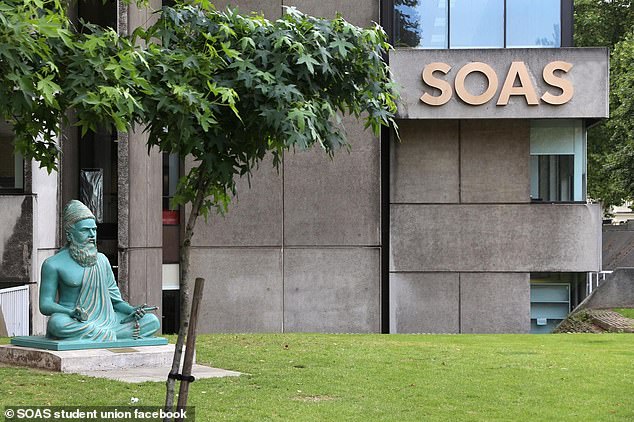 SOAS, like Goldsmiths, is part of the University of London and ranked among the top 100 universities in the UK

Officials urge onlookers to report any violations of their safe space policies by being ‘active bystanders’, raising the prospect of people informing on their fellow students to union staff or the head of security.

Frank Furedi, Emeritus Professor of Sociology at the University of Kent, suggested the rules would do nothing to stop abuse.

He told MailOnline: ‘These policies are mind-numbingly stupid and utterly impractical. It will not prevent abuse.

‘All it does is empower control freaks and inhibit young people from behaving normally’.

SOAS student union says its ‘safer spaces policy’ is intended to create a ‘supportive, non-threatening and inclusive environment for all who participate’, including for the survivors of sexual abuse.

The section on ‘respecting physical and emotional boundaries’ reads: ‘Check in before discussing topics that may be triggering (e.g. sexual abuse, racism, physical violence or encounters with police). Get explicit verbal consent before touching someone.’

It adds that union staff will enforce the rules and anyone breaching them could be asked to leave or ‘stop using our spaces’.

SOAS student union says its ‘safer spaces policy’ is intended to create a ‘supportive, non-threatening and inclusive environment for all who participate’ (pictured is the section outlawing touching someone without express verbal permission)

Goldsmiths, which like SOAS is ranked among the top 100 universities in the UK, also demands students obtain ‘explicit verbal consent before touching someone or crossing boundaries’.

It says people who identify breaches of the safe space policy should ‘speak to the event organiser, one of the elected officers of the union, duty manager or head of security’.

The news comes a week after it emerged Oxford Student Union is planning to hire ‘sensitivity readers’ to stop student newspapers publishing ‘problematic’ articles that are ‘implicitly racist or sexist’. 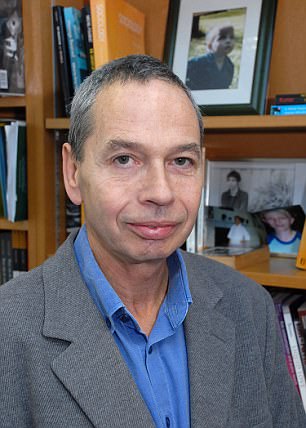 Frank Furedi, Emeritus Professor of Sociology at the University of Kent, suggested the rules would do nothing to stop abuse

Officials at the student body are planning to set up a ‘Student Consultancy of Sensitivity Readers’ who would be elected and paid to check articles across various newspapers for signs of supposed insensitivity.

Students claim there is a ‘need for better editing’ to review journalism from prestigious student newspaper Cherwell because of ‘high incidences of insensitive material being published’.

The council says ‘problematic articles’ are currently being published that are ‘implicitly racist or sexist’ or ‘just generally inaccurate and insensitive’.

But the proposed crackdown has sparked a backlash from Cherwell alumni, who branded the move a ‘bonkers’ and ‘horrific’ attempt to strangle press freedom and suppress non-woke or anti-woke views.

It is the latest free speech row at Oxford, after 150 rebel academics threatened to boycott teaching and outreach work because Oriel College refused to take down a statue of Victorian imperialist Cecil Rhodes.

Oxford students recently escalated the cultural wars after removing a portrait of the Queen from Magdalen’s Middle Common Room due to the monarchy’s links to colonialism – a move called ‘absurd’ by ministers.

MailOnline has contacted Goldsmiths and SOAS student unions for comment.