Study: A third of those recovering develop long-term symptoms of corona


A new study revealed that a third of people infected with the Corona virus will continue to have at least one long-term symptom of corona after recovery, as long-term symptoms of corona were diagnosed in 37% of patients three to six months after infection, the British newspaper “Daily Mail” reported.

Anxiety and depression were the most common of the nine initial symptoms, followed by abnormal breathing, abdominal and chest pain, sore throat, and tiredness and fatigue.

Researchers at the University of Oxford and the Oxford Center for Biomedical Research studied (BRCand the National Institute for Health ResearchNIHRMore than 270,000 people in the United States have been recovering from the Corona virus.

Data from the health records network showed TriNetX That a person’s age, sex, and severity of infection played a role in the chance of developing prolonged symptoms of coronavirus.

Dr Max Tacht, an academic researcher at the National Institute for Health Research, said:NIHRThe results confirm that a large proportion of people of all ages can be affected by a range of symptoms and difficulties in the six months following infection with Corona.

More than a third of patients were diagnosed with at least one of the prolonged symptoms of corona between three to six months after recovery and symptoms were slightly more common in women and those who were in the hospital.

Dr Tackett added: “These data complement findings from self-report surveys and show that clinicians are diagnosing patients with these symptoms, and we need services that are appropriately tailored to address current and future clinical needs.” 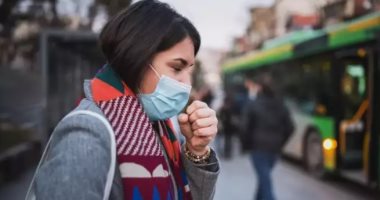