An American study found that air pollution, which includes indoor air pollution, led to up to six million premature births and three million cases of underweight per year. It relies on wood and charcoal to account for two-thirds of perinatal problems.

According to a website report, onlymyhealthThe study was conducted by scientists from the University of California, San Francisco and the University of Washington, and the study was originally an analysis of 108 research papers covering 204 countries, and the results were published in the journal PLOS Medicine.

Air pollution refers to the release of pollutants into the air that have a harmful effect on human health in particular and the planet in general. When you are exposed to air pollution, you are exposed to particles with a size of less than 2.5 microns (1 micron = 0.001 mm), these particles enter the bloodstream through lungs and cause serious health problems such as heart attack, ischemic heart disease, asthma, bronchitis, etc. The 50 most polluted cities in the world.

First of all, the study was aimed at finding the link between air pollution and perinatal problems, such as premature birth, gestational age at birth, birth weight and low birth weight. Also, this is probably the first study covering outdoor air pollution. and internal in relation to perinatal issues. 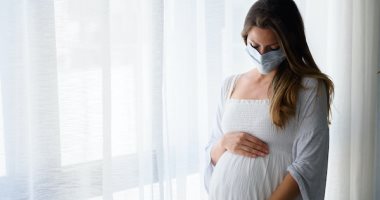 What the study found

Air pollution caused 6 million premature births in 2019, and it should be noted that premature birth is the leading cause of death among children up to the age of five.

Air pollution has also led to 3 million cases of underweight infants becoming more likely to suffer health problems during adulthood. Indoor air pollution was the cause of two-thirds of perinatal problems.

It is worth noting that the World Health Organization (WHO)WHO) says that there are about 15 million premature births a year, and South Asia and South Africa are the regions where the rate is highest, and interestingly enough, these are also the regions where indoor air pollution is most common.

According to the World Health Organization, outdoor air pollution is the cause of about 4.2 million deaths annually, while indoor pollution causes 3.8 million premature deaths each year.

US non-farm payrolls report might not impact Bitcoin price