Study: Corona virus is the cause of high blood sugar levels

A study issued by the American Weill Cornell Medical Center revealed that the Corona virus may be an important factor for high blood sugar levels, and it can also lead to more complications, as high blood sugar is linked to infections and weak immunity against infection, according to what was stated in The Times of India website. 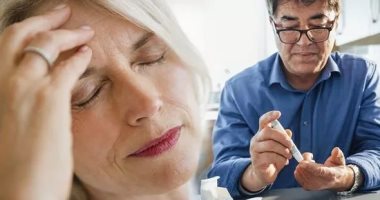 The researchers concluded that the Corona virus is linked to high blood sugar levels for people who do not have a history of the disease, as it was found that the infection stimulates high blood sugar by disrupting the production of fat cells for adiponectin, a hormone produced by fat cells, which usually has a protective effect. Against diabetes by enhancing insulin sensitivity.

The study indicated that the Corona virus may disrupt the protection granted by the protective proteins to your body, as the researchers conducted an analysis of a number of patients who were transferred to the hospital during the first few months of the epidemic in the United States, and found that a high percentage of up to 49%, of these patients suffer from high or developed blood sugar levels during their hospital stay, compared to patients with normal blood sugar levels. 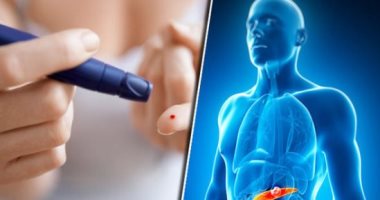 The researchers pointed out that high blood sugar also occurs in patients with severe influenza or bacterial pneumonia, mainly due to the death or malfunction of beta cells that produce insulin, the main hormone that regulates blood sugar levels. Diabetics take vaccinations to protect against transmission, and exposure to serious complications that threaten their lives.

NBA: The Latest NBA Conspiracy Theory: "If the planet is 71% water, why do we pay for it?"

Naomi Campbell with a men's look at the Balenciaga Summer 2022 show.. Photos