A study issued by Imperial College London revealed that eating fruits and vegetables reduces the risk of early death by 30%, because they carry important nutritional value, and protect you from many diseases, so it is recommended to eat them at 5 servings per day, according to a report published on the Express website. 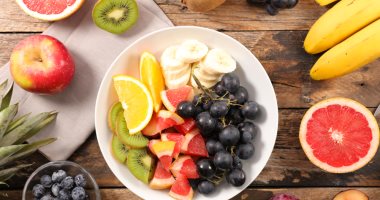 The researchers explained that fruits and vegetables are rich in natural antioxidants and polyphenols, which are protective compounds found in plants, that reduce inflammatory markers and reduce the risk of disease, so experts recommend eating at least five fruits a day, to reduce the risk of death from many diseases.

After the number of participants were observed for thirty years, the study found a decrease in the incidence of heart disease and cancer, which are two major causes of death, after those who consumed fruits and vegetables daily, and a decrease in cancer rates was noted by 14% among the study participants.

The study highlighted that cruciferous vegetables, especially broccoliIt can reduce the risk of cancer, and eating 10 servings of fruits and vegetables per day has been shown to be the most effective against chronic diseases.

The study is the largest ever to assess the association between vegetable intake and the risk of many chronic diseases and premature death.