Three homes and nine cars are in lockdown on a suburban Sydney street after cleaning contractors pressure-hosed a roof laden with asbestos.

Hazmat teams arrived at Mariposa Road in Bilgola Plateau, in the city’s northern beaches, on Tuesday afternoon after residents reported clouds of the cancer-causing particles raining down on homes and family pets.

Local woman Linda Amoah said the deadly substance, which was used to insulate homes from the 1940s until 1987, looked like snow and covered her entire house. 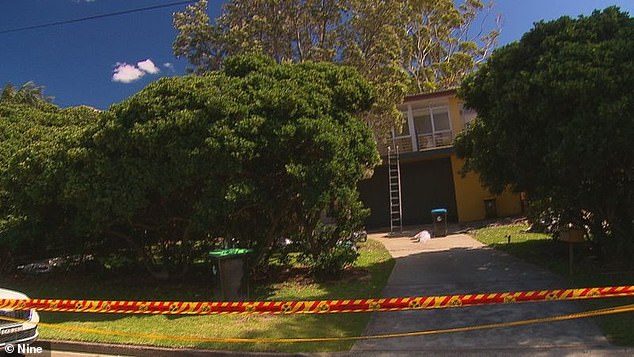 Pictured: The home that was blasted with a high-pressure hose. The roof was laden with asbestos, which flew into the air

The situation unfolded when two private cleaning contractors were employed by a homeowner to clean the roof of a house.

Instead of blasting the dirt away, the high pressure hose sent dangerous asbestos particles from the roof flying all over the street.

If inhaled, tiny asbestos particles can become trapped in the lungs and dramatically increases the risk of getting lung, ovary and throat cancers.

The homeowner said the tenant told him the property needed repairs, and apologised for the contamination.

Drain blocks were put in place to limit the spread of the cancer-causing particles, along with air monitoring systems to keep the occupants safe.

‘We’re going to make a hot zone of the area we believe is affected,’ Superintendent Kel McNamara from NSW Fire and Rescue said.

The cleanup effort is set to cost more than half a million dollars and could take weeks. 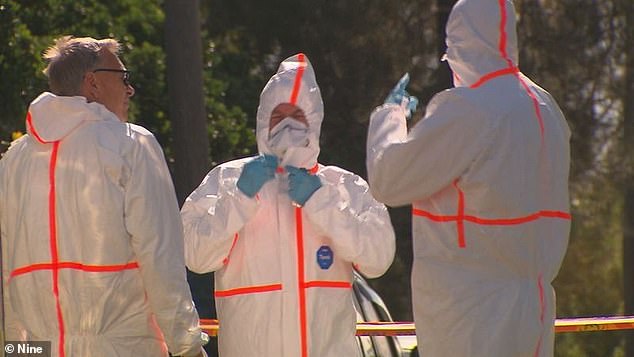 Pictured: Hazmat teams trying to contain the spread of asbestos after cleaning contractors blasted it into the air with a hose

‘When asbestos is disturbed it releases fibres into the air, therefore causing contamination,’ he said.

A spokesperson from SafeWork NSW told Daily Mail Australia the situation is being investigated.

‘SafeWork NSW are currently investigating a workplace incident at Bilgola Plateau where a cleaning contractor has pressure-cleaned an asbestos roof causing asbestos contamination across a number of properties,’ they said.

‘Asbestos on affected properties is currently being contained by Licenced Asbestos Assessors until further remediation and clean up can occur.’

Asbestos: The hidden killer that was used in thousands of buildings 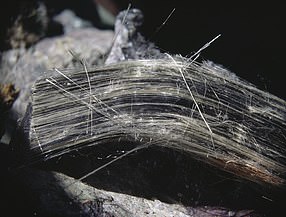 A sheet of asbestos fibres, which were commonly used to insulate buildings until the 1980s when the health risks they posed became clear

Asbestos is a heat-resistant mineral that was popular in building and construction until the 1980s until the dangers it posed became clear.

As the material was cheap and resistant to fire, it was regularly used as insulation for buildings and electrical hotplate wiring.

The first reports about the cancer-causing properties of asbestos first emerged in Germany in the late 1930s.

However, it was not until the 1960s that serious diseases like mesothelioma were firmly established as being caused by asbestos exposure.

The danger of asbestos comes from microscopic fibres which can tear off the material and fester in the body to cause cancer.

Breathing in small amounts of the fibres does not cause any problems, but it is with larger quantities when health conditions occur.

It is now banned in the Australia, but it is allowed to remain in some buildings where it is in good condition and undisturbed.