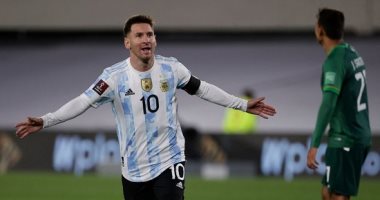 The Argentina national football team defeated its host Bolivia 3-0 in the early hours of Friday morning, at the Monumental stadium in Buenos Aires, as part of the tenth round of South American qualifiers for the 2022 World Cup.

Argentina ended the first half with a clean goal, scored by star Lionel Messi in the 14th minute of the match, with a wonderful shot to the right of the Bolivian goalkeeper.