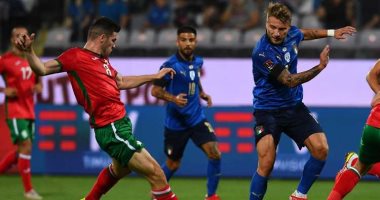 The Italian national team tied 1-1 with its Bulgarian guest, in the match that brought them together, Thursday evening, at the “Artemio Franchi” stadium in Florence, in the fourth round of Group C of the European qualifiers for the 2022 World Cup.

In the second half, the Italian team tried to score the second goal to win the match, but the Bulgarian goalkeeper and his defense stood in the way of the Azzurri’s numerous attacks.