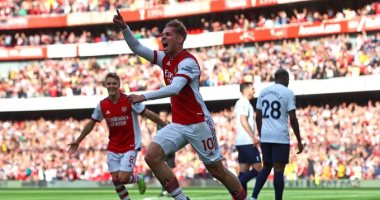 Arsenal beat its neighbor Tottenham 3-1 during the match that brought the two teams together this evening, Saturday, at the “Emirates” stadium, the stronghold of the Gunners in the north London derby, at the top of the sixth round of the English Premier League competition.