Summary and goals of the Liverpool match against Milan in the Champions League .. Video 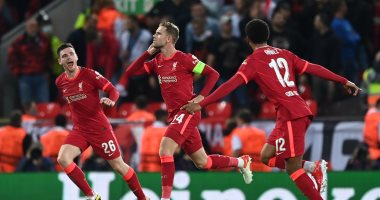 Liverpool beat its Italian guest, AC Milan, 3-2, in the exciting match that brought the two teams together at “Anfield”, in the first round of the second group stage of the Champions League group stage.

The first half ended with Milan progressing 2-1, as Trent Alexander-Arnold scored the goal of Liverpool in partnership with Milan defender Tomori, in the ninth minute, after receiving a pass from Mohamed Salah, to go through the defenses of the Rossoneri and hit a powerful shot in the goal.

This kick against Milan is the first time that Salah has failed since he wasted against Huddersfield Town in 2017, after which he scored 17 consecutive kicks.

The Croatian Ante Rebic scored Milan’s equalizer in the 42nd minute by one-on-one with goalkeeper Alisson, before Spaniard Brahim Diaz scored the second goal in the 44th minute.

In the second half, Mohamed Salah scored Liverpool’s second goal in the 49th minute, after receiving a charming pass from Divock Origi to put it in the goal to the right of the Milan goalkeeper.

And Mohamed Salah is the sixth Liverpool player to miss a penalty kick and score in the same match in the Champions League after Michael Owen, Xabi Alonso, Steven Gerrard, Roberto Firmino and Sadio Mane.

Mohamed Salah was substituted six minutes before the end of the match, and Alex Chamberlain participated in his place.

In the next round, Atletico Madrid will host AC Milan, while Porto hosts Liverpool on September 28.