Summary and goals of the Man United match against Villarreal in the Champions League.. Video 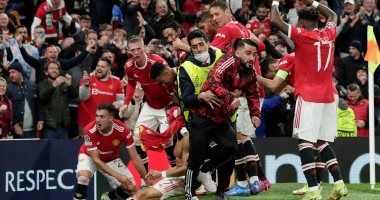 Manchester United beat Villarreal, Spain, 2-1, in the match that took place between them on Wednesday evening at Old Trafford, as part of the second round of Group F of the group stage of the European Champions League in the 2021-2022 season.

The Manchester United lineup was as follows..