Summary and goals of the match Azerbaijan vs Portugal in the World Cup qualifiers.. Video 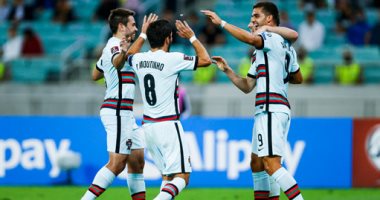 The Portuguese national team, led by coach Fernando Santos, defeated its host Azerbaijan, 3-0, in the confrontation that took place between them this evening, Tuesday, at “Tawfik Bakhramov” stadium, as part of the sixth round of European qualifiers for the 2022 World Cup in Qatar. .

Summary and goals of the match Azerbaijan vs Portugal

With this result, the Portuguese national team is temporarily at the top of the first group table with 13 points, 3 points ahead of Serbia, which has fallen to second place, while Azerbaijan’s balance is frozen at one point in the last place.

Portugal played a match with Azerbaijan without Cristiano Ronaldo, where he returned to Manchester United, after his participation in the victory of his country against its guest Ireland, by two goals against a goal.

Beware the worst types of diet for weight loss, including paleo diet and detox

'Dragon House' with a TAIL and a rotating tower goes up for sale in Minnesota for $540,000