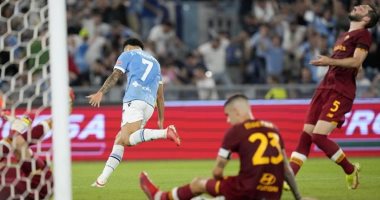 Lazio settled the derby of the Italian capital, beating its neighbor, Roma, 3-2, in an exciting match that brought the two teams together, on Sunday evening, at the “Olympico” stadium, in the sixth round of the Italian League championship for the current season 2021/22.