Summary and goals of the Napoli match against Juventus in the Italian League.. Video 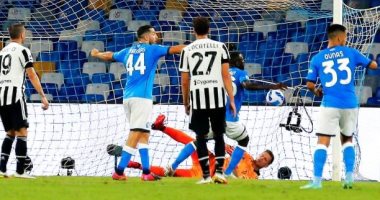 Juventus continued its modest results by losing 2-1 to its host Napoli, in the match that brought the two teams together, on Saturday evening, at the “Diego Armando Maradona” stadium, in the top of the confrontations of the third round of the Italian League competitions for the current season 2021-2022.

Juventus ended the first half of the match with a goal scored by Spanish striker Alvaro Morata in the tenth minute of the match, after he took advantage of the error of the Greek Manolas, the Napoli defender, and hit the ball over the goalkeeper in a distinctive way.

Al-Juvey suffered its second defeat in a row in the first 3 rounds of Calcio, after losing the Empoli match in the last round, with a score of 1-0.

And Juventus missed today’s match, the Brazilian duo Danilo and Alex Sandro due to their late arrival after participating in the World Cup qualifiers with the samba team, in addition to the young striker Federico Chiesa with injury, as well as Argentine Paulo Dybala.

Do you suffer from the rumen? .. Know the reason and follow sports to get rid of it