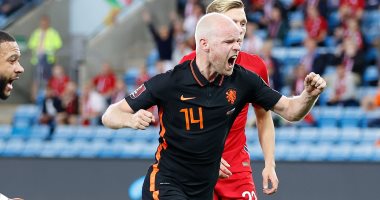 The two teams of Norway and the Netherlands ended their match with a positive 1-1 draw in the confrontation that took place between them on Wednesday evening at the “Luevale Stadium”, as part of the fourth round of the European qualifiers for the 2022 World Cup in Qatar.

The Netherlands national team played the match with a formation consisting of..

Forwards: Bergwis – Memphis Depay – Jakbo. The Netherlands won two victories over Latvia and Gibraltar, while it fell to Turkey, while the Norwegian team defeated Gibraltar and Montenegro, while also losing from the Turkish team.