France and Italy will be ‘rubbing their hands with glee’: Sunak blasted for ending tax free shopping for international visitors

By Tom Witherow For The Daily Mail 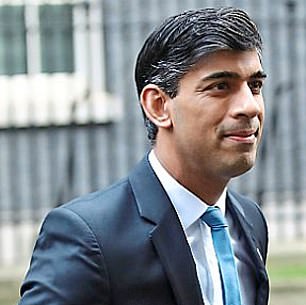 The UK’s former tourism minister said France and Italy will be ‘rubbing their hands with glee’ at Britain’s decision to end tax-free shopping for tourists.

Tory MP Tracey Crouch warned Rishi Sunak not to underestimate the importance of shopping after the Chancellor ended VAT refunds for international visitors to UK shops from January 1. Retailers, MPs and aviation bosses have reacted with outrage saying the decision will hand billions of pounds of sales to Britain’s European rivals.

Today London Heathrow took its opposition to the High Court as part of a judicial review.

MPs have demanded a full assessment of the hit to the economy.

The UK has been mocked by European countries just as the High Street battles to recover from the pandemic. France and Ireland have already lowered their tax-free thresholds to capitalise on the decision.

Crouch said: ‘Our European rival cities will be rubbing their hands with glee at this decision.

‘It’s a big blow that risks us losing our competitive advantage at a time when our cities and high streets are extremely vulnerable.’

A dozen Conservative MPs have supported a motion to quash the change and the issue will also be raised in Parliament today as part of a debate on town centres.

John Holland-Kaye, the chief executive of Heathrow, said: ‘Brexit was meant to be about taking back control to make the UK more competitive. The tourist tax will do just the opposite. The French can’t believe their luck.’

Anne Pitcher, managing director of Selfridges, said: ‘It will hurt real people and affect real jobs in many industries.’

James Lambert, of Value Retail, owner of Bicester Village, said: ‘The French have recognised increasing prices for visitors to the UK by 20 per cent will mean they spend in Paris and other European capitals.

Les Echos, the French equivalent of the Financial Times, said: ‘Why the hell is London shooting itself in the foot?’

The Government says removing the tax break will save the taxpayer more than £1billion a year and only reduce tourist numbers by 30,000 per year.

Hunter Biden says he is under federal investigation over his taxes