Mother who gambled away her daughter’s $93,000 trust fund left by her late father avoids jail after failing to repay the money

A Queensland mother-of-two has avoided jail despite gambling away all of her daughter’s $93,000 trust fund left to her by her late father.

Andrea Jenelle Johnston, 45, from the Sunshine Coast, Queensland, failed to pay the large amount back to her 23-year-old daughter who lost her father in 2009.

Johnston spent the money on gambling over four years before her daughter turned 18.

The mother in 2018 pleaded guilty to one count of stealing property and was sentenced to three years behind bars with immediate parole, the Sunshine Coast Daily reported.

Johnston was ordered in 2018 to pay back the full amount to her daughter within two years but a court heard on Monday that she still owed $71,969. 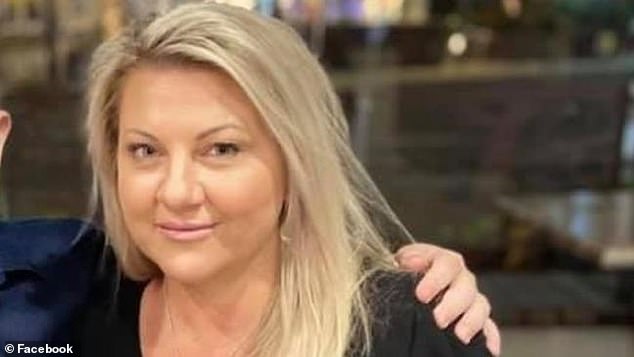 This meant the 45-year-old could face up to six months in jail for not complying with the order, the Maroochydore District Court heard.

Crown prosecutor Stipe Drinovac said Johnston’s daughter was unsatisfied with how her mother had paid back the first $20,000.

‘In terms of it being sporadic and ad hoc payments, there was really no structure to when the compensation was paid,’ Mr Drinovac said.

Legal Aid lawyer Kylie Anderson said Johnston had been unable to pay back the money because an investigation led to her role as a registered nurse being put on hold.

When she was allowed to keep her registration, the court heard Johnston struggled to get work.

Ms Anderson said instead of jail time a payment plan should be imposed so Johnston’s daughter can be paid back.

‘Because, of course, if she’s made to serve the default term there is no payment forthcoming then and the complainant does not receive any of the money,’ Ms Anderson said.

The 45-year-old had suffered with a gambling disorder, post traumatic stress disorder, major depressive disorder and anxiety, and felt shame over her behaviour.

Judge Richard Jones said he believed Johnston had expressed a desire to beat her gambling problem and make amends with her estranged daughter.

‘I must say that I consider what you have done to your daughter to be particularly egregious,’ he said.

He imposed a payment plan instead of jail time and ordered Johnston to pay her daughter $1,000 every month starting from April 1.

The mother was also granted early access to her superannuation and will be able to pay her daughter another $8,000 by May.