A group of petrol heads caused chaos in Central London last night as a large number of high performance cars met up for a cruise.

Several of the cars entertained the gathered crowds by performing burnouts.

Videos from the scene showed plumes of smoke while the audio captured the sound of engines revving.

Some petrolheads enjoy doing ‘burnouts’, which involve spinning the back wheels of the car while standing on the brakes to prevent the car from shooting forward.

If there is more space, the driver might start doing doughnuts, spinning the car around in circles.

Witnesses said there were a large number of police officers who witnessed the reckless behaviour but did not intervene directly.

Performing burnouts or doughnuts on the public road places the driver at risk of a charge of dangerous driving.

Also, because the tyres are often destroyed or damaged while performing the stunt, this can lead to additional penalty points. 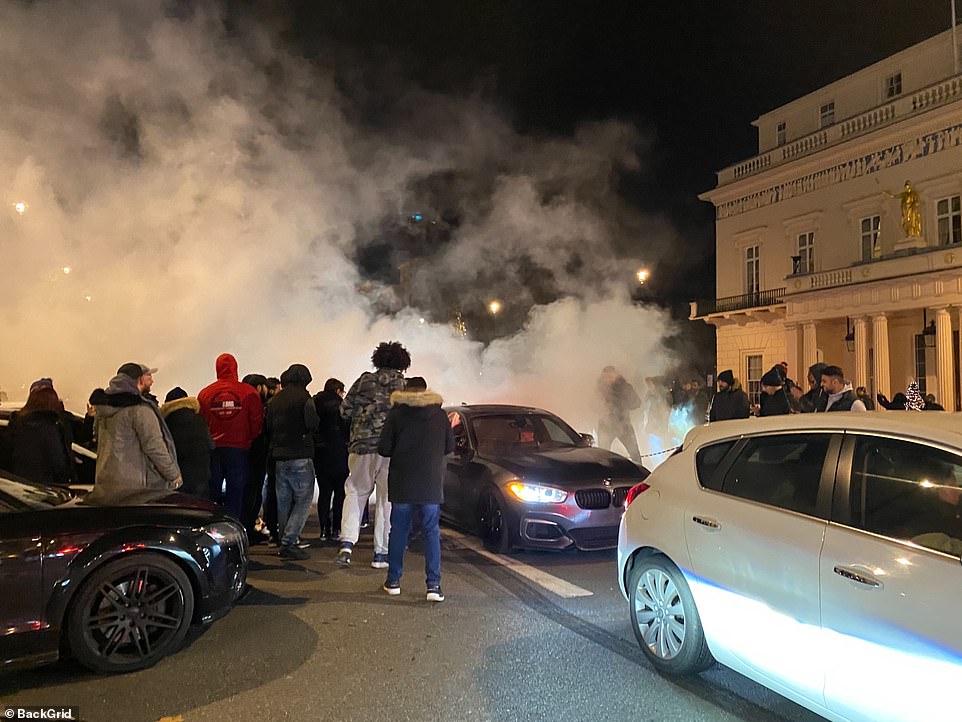 A number of super cars performed burnouts last night around Pall Mall in Central London, leaving plumes of tyre smoke in the sky 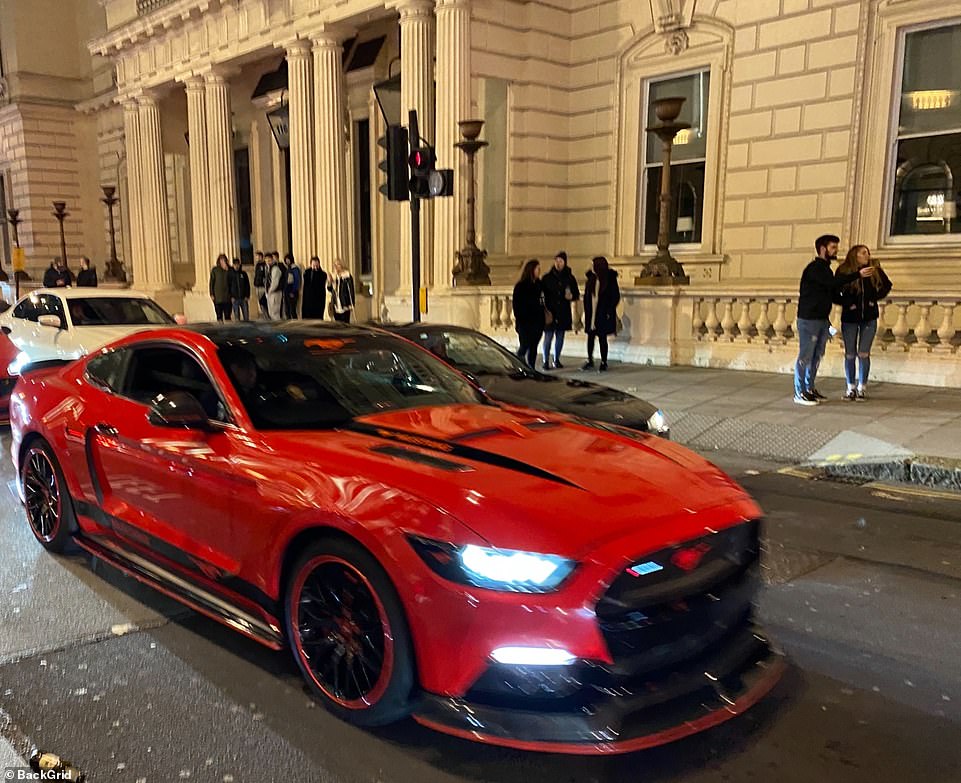 This Ford Mustang, pictured, was cruising through Central London while other cars were performing burnouts around Pall Mall and The Strand 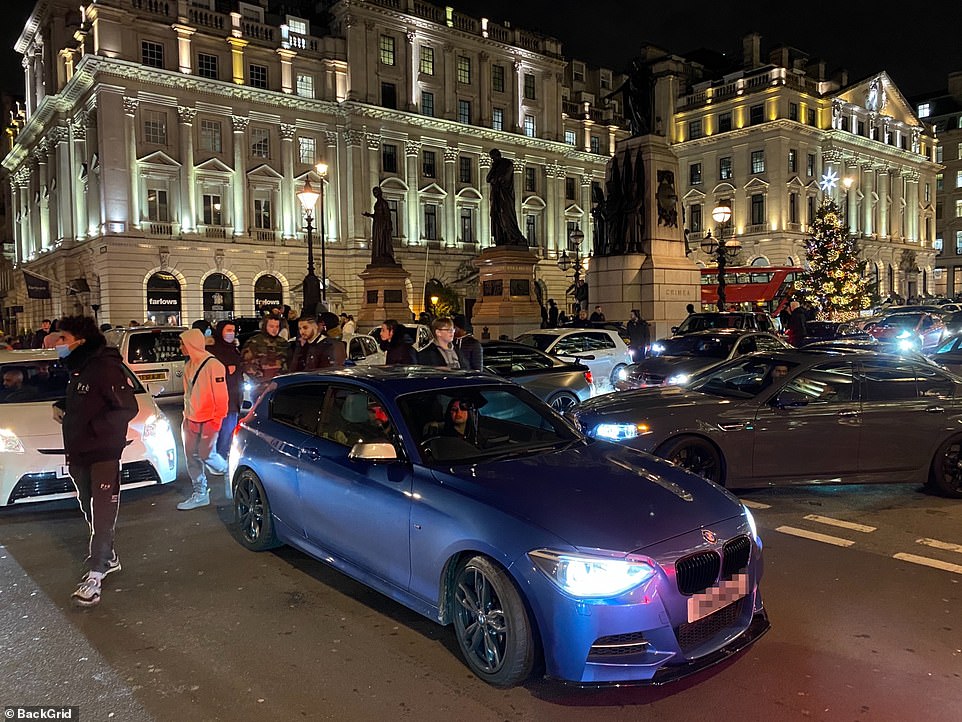 Super car fans gantered to wants the car drive past, though few were expecting a Toyota Prius, pictured left 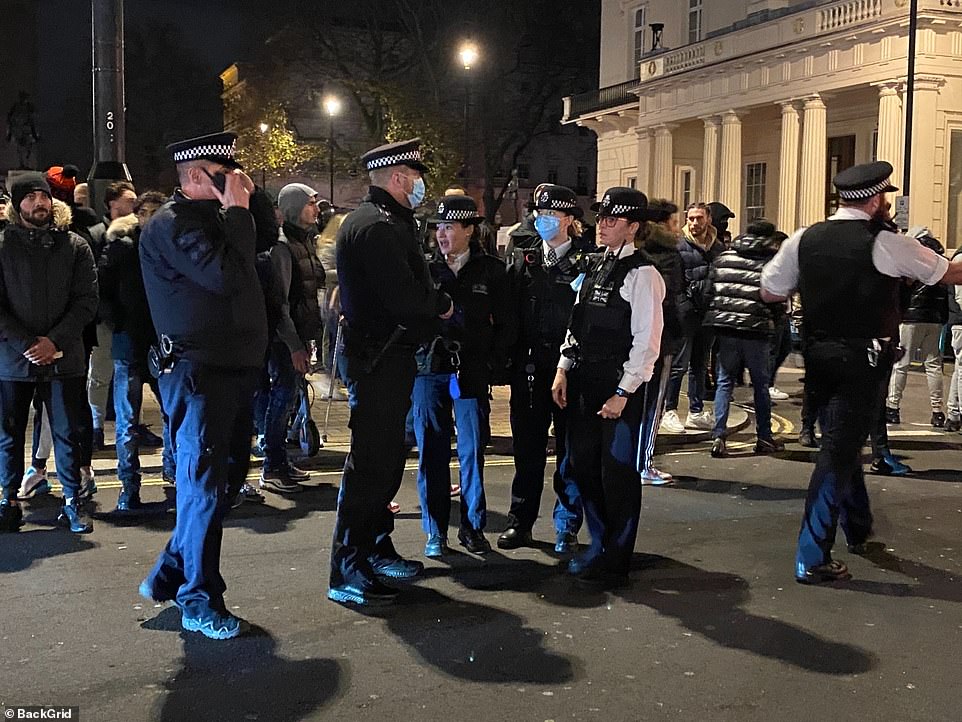 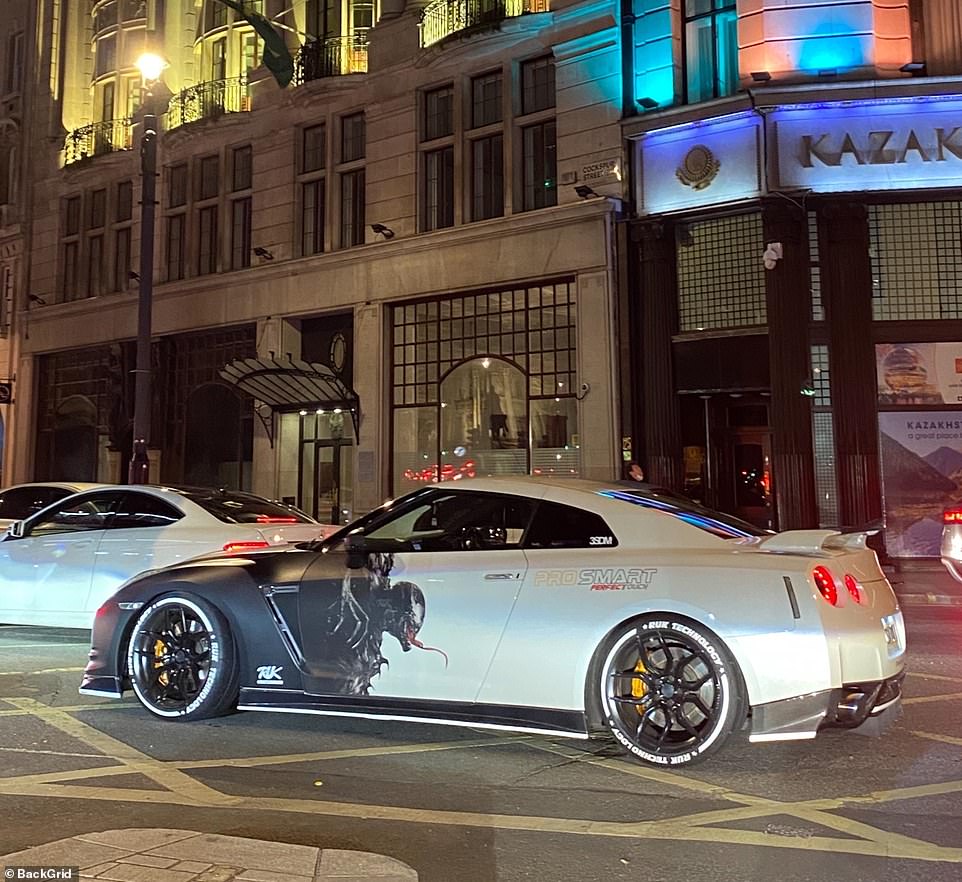 This 2.5litre Nissan Skyline was among the cars that was parading through central London 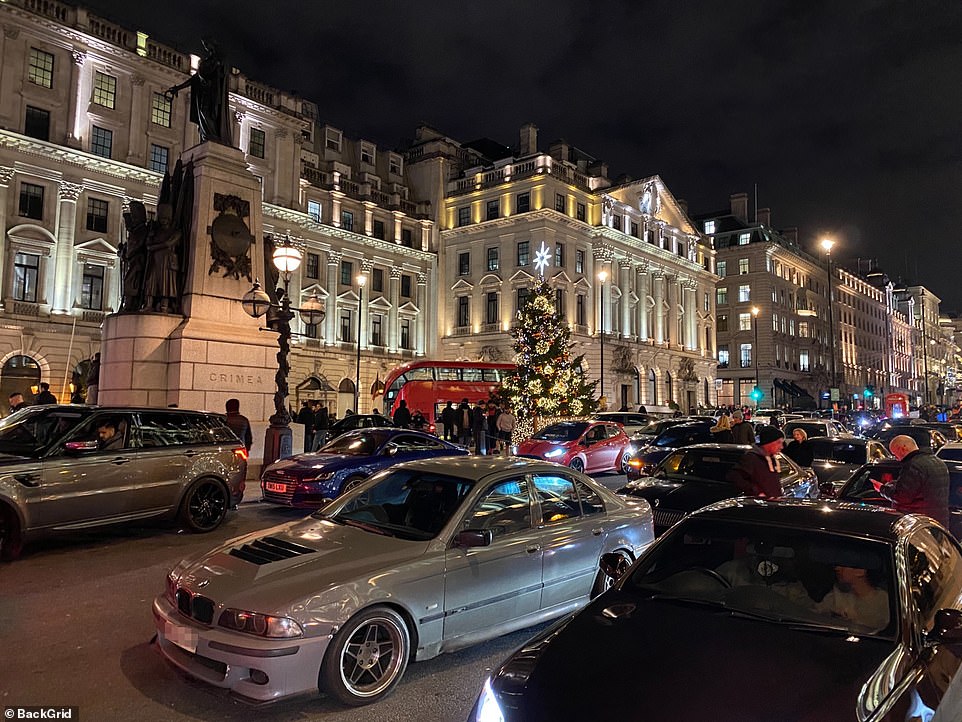 This modified BMW 3-series, with a louvred bonnet was spotted driving through central London 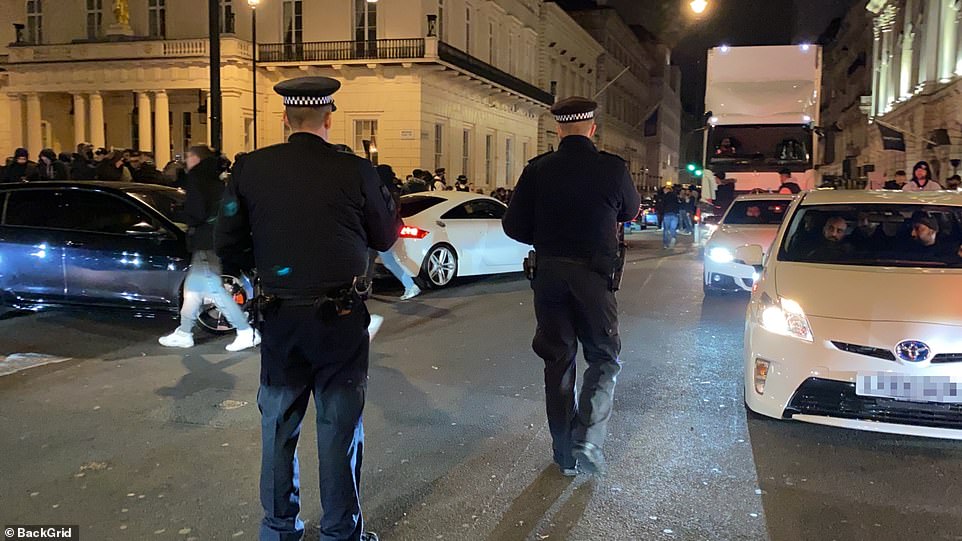 It is unlikely the Toyota Prius, right, was attending last night’s unofficial event

TALK OF THE TOWN: Princess Eugenie's team of guards move into £3m Georgian townhouse fit for a king

Ex-Trump campaign manager Brad Parscale threatened to shoot himself and others, cops say