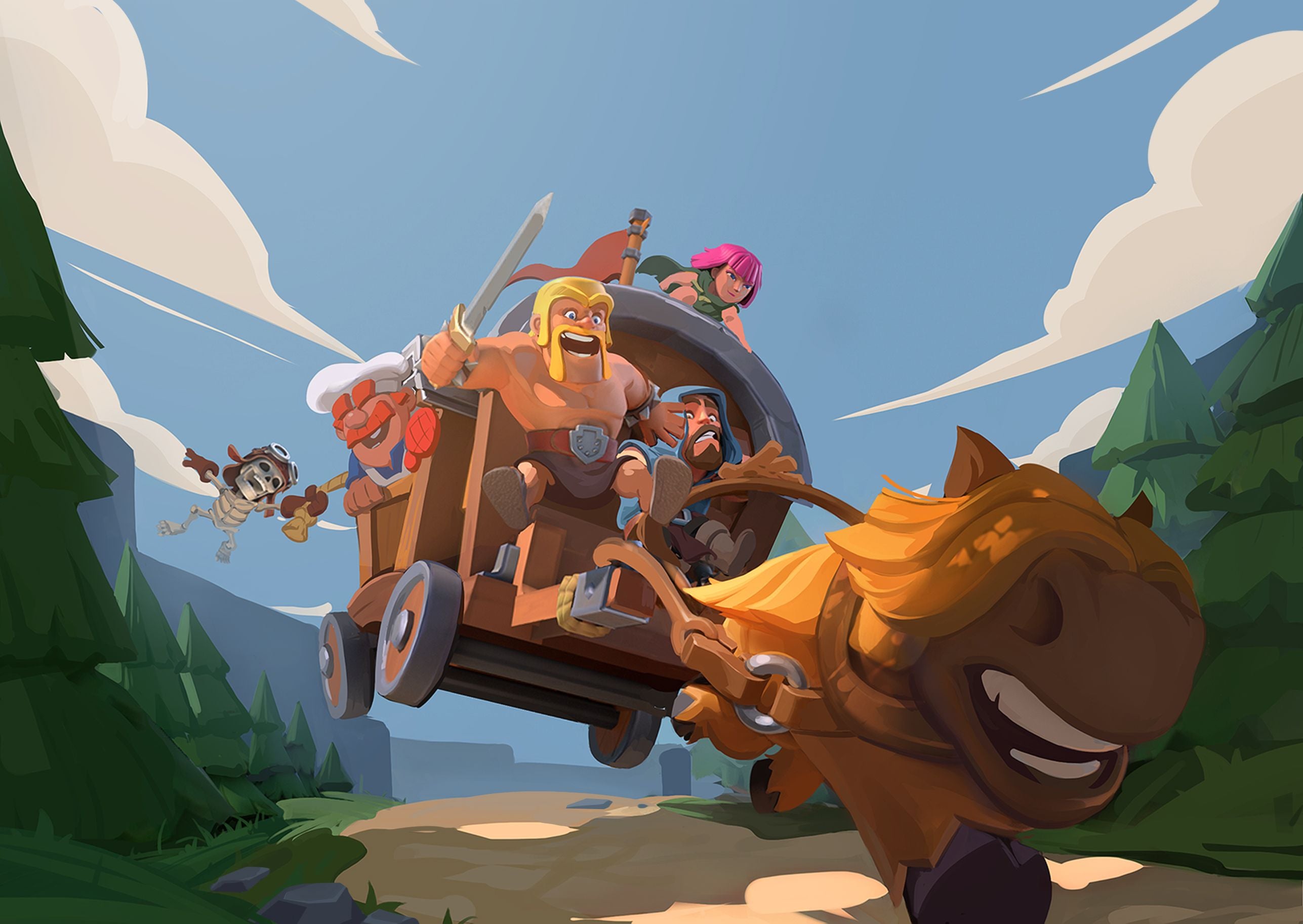 Supercell, the mobile game company behind Clash of Clans and Clash Royale, normally likes to keep its game announcements close to its chest. But today, it dropped a trailer revealing a whopping three in-progress mobile games, all set in the Clash universe.The first game, Clash Quest, is a turn-based, tactical, adventure-strategy game where players send out troops on a grid-based map to fight enemies on an opposing map. Individuals can attack on their own, but combining groups of similar troops can be used for more powerful effect.While Clash Quest is being developed at Supercell in Helsinki, the other two games are being developed at Supercell’s newer outpost, in Shanghai. One of these is Clash Mini, a mobile board game that uses miniatures (hence the name) of classic Clash characters. The second, Clash Heroes, is a top-down action-adventure game that gives off light-hearted Diablo vibes.

What may immediately strike Clash fans is that none of these games looks much like Clash Royale or Clans in terms of play, despite aesthetic similarities. That’s on purpose, wrote Supercell in an announcement today:

Have you played Clash of Clans?

“These new games are nothing like prior Clash games. We want to focus on creating new ways of enjoying and playing with your favorite Clash characters, while deepening the world through new environments and gameplay experiences. That last part is key – we want to offer new ways of playing Clash and hope these games add on to your current gaming experience. Of course, there’s a chance you might not like these games – and that’s okay, it’s all good. We totally understand these are very different from Clash of Clans and Clash Royale. On top of offering a new Clash experience to current players, we want to broaden Clash to new audiences who haven’t experienced Clash before.”

All three games are still very early in development, and it should be noted that Supercell as a studio has a long tradition of cancelling titles, often before they are even announced but sometimes even once they’ve been in open betas for months. So while all three of these games may look bright and shiny in this trailer, it’s possible any one of them may not see the light of day.

But on the bright side, whether or not any of them are released, Clash of Clans and Clash Royale business will continue as usual. Clash of Clans is still releasing new content on the regular despite having released nearly a decade ago, as is Clash Royale — which just celebrated its fifth anniversary. And Supercell confirmed it is still working on other games outside of the Clash universe, as well.

Police use water cannon to disperse crowd in Brussels

Police use water cannon to disperse crowd in Brussels