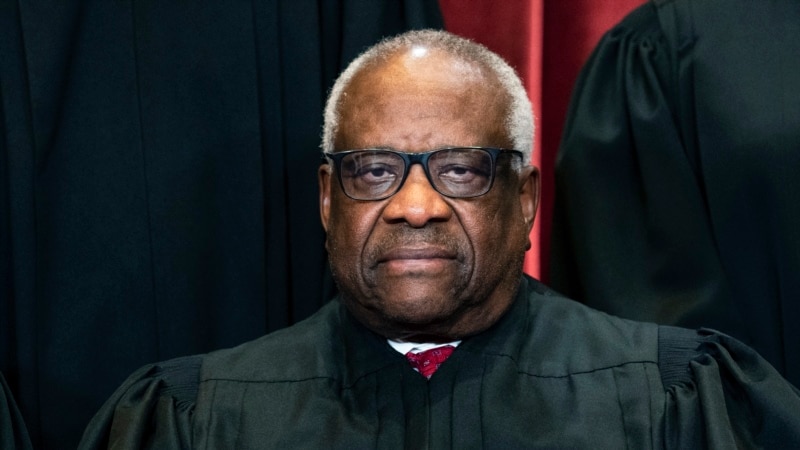 The US Supreme Court reported Friday that Justice Clarence Thomas has been released from a Washington DC hospital, where he was treated for about a week for flu-like symptoms.

The court detailed, through a statement issued last Sunday, that Thomas, 73, had been admitted to Sibley Hospital in Washington DC, where, after undergoing a series of tests, he was diagnosed with an infection and he was treated with intravenous antibiotics.

The document clarified that the infection was not related to COVID-19, but did not provide further details.

Thomas’ release from the hospital comes as his wife, conservative activist Virginia Ginni Thomas, is mired in controversy over the 2020 US presidential election and former US President Donald Trump.

On Thursday night, media like The Washington Post y CBS News published weeks of text messages from 2020 that were allegedly sent by Virginia Thomas to Mark Meadows, then President Donald Trump’s White House chief of staff, urging him to act to overturn the results of the November election.

Among the messages Virginia Thomas allegedly texted to Meadows was one that read: “Help this great president stand his ground, Mark! … You are the leader, with him, who defends the constitutional government of the United States on the precipice. most know that [Joe] Biden and the left are attempting the biggest heist in our history.”

The messages, more than 2,300, were provided to the US House select committee investigating the January 6, 2021 attack on Capitol Hill.

The report of Washington Post notes that while the messages do not directly reference Justice Thomas or the Supreme Court, they do reveal how Virginia Thomas used her access to Trump’s inner circle to further thethe president’s strategy to overturn the election results, and how responsive Meadows was to their efforts.

Meadows’ attorney, George Terwilliger III, said neither he nor the former White House chief of staff would comment on the texts, but added that “nothing about the texts is a legal issue.”

Virginia Thomas did not respond to media requests for comment.

* With information from AP and Reuters