Susan Sarandon says President Biden and the Democrats are pulling a ‘bait and switch’ by promising $2,000 stimulus checks then sending out $1,400 to Americans.

‘Where are the $2K checks you promised? At a time when only 39% of Americans could afford a $1,000 emergency & over 15 million have lost employer-sponsored health insurance, the diff between $1,400 & $2K is a matter of survival,’ she tweeted.

In December, $600 checks went out under the final stimulus from Trump. 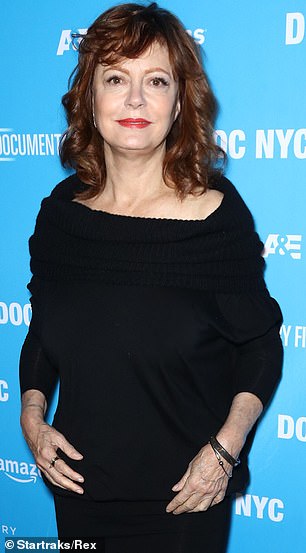 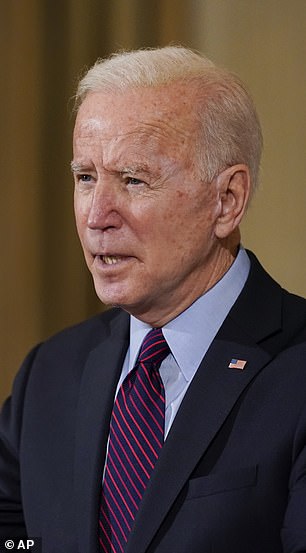 Susan Sarandon says President Biden and the Democrats are pulling a ‘bait and switch’ by promising $2,000 stimulus checks then sending out $1,400 to Americans

Some argued with Sarandon online that Biden meant they’d receive $2,000 in total over the two checks.

She hit back – saying it’ll fall on the deaf ears of voters who believed reasonably they’d receive checks for $2,000 in the mail from their new president.

Biden’s $1.9trillion COVID relief bill has passed the Senate despite push-back from the Republicans who say it is too expensive.

He fumed that they are not doing enough for the country after failing to provide proper financial support last year under the Trump administration.

The Senate passed the bill this morning.

Biden, in a speech afterwards, said: ‘I believe the American people are looking now to their government for help to do our job, to not let them down.

‘So I am going to act an act fast.

‘I would like to be doing it with the support of Republicans,’ Biden said in remarks on the economy from the State Dining Room, flanked by Harris and Treasury Secretary Janet Yellen.

‘I met with Republicans, some fine people, want to get something done, but they’re not willing to go as far as I think we have to go.

‘I told both Republicans and Democrats that’s my preference to work together, but if I have to choose between getting help now to Americans hurting so badly,’ he said.

‘That’s an easy choice. I am going to help the American people that are hurting now.’

Iran: Biden halting support for the Arab coalition campaign in Yemen may be a step in the direction of correcting past mistakes