The fate of a former Sydney swimming instructor accused of sexually touching his young students is on hold for another day after a jury member was unable to attend the Sydney court.

Kyle James Henk Daniels, 22, was earlier acquitted of five charges, including four counts of sexual intercourse with a child under 10 years old.

The allegations all related to one young girl who said it felt like his hands were ‘digging into her private parts’ when his fingers slipped underneath her swimming costume.

The rest of her complaints are among the remaining 21 counts still before the jury. 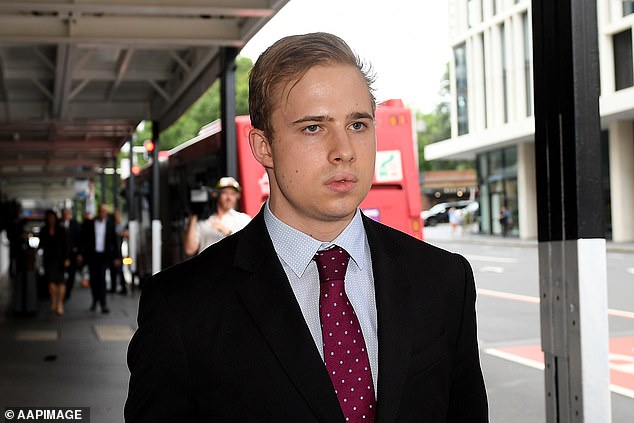 On Friday the remaining jurors were informed by Judge Kara Shead that someone could not attend and they were therefore unable to deliberate on a verdict.

Just hours after given their final legal directions on Thursday the jury returned saying they had reached a stalemate on all remaining charges against the ex-swimming instructor and repeated this twice more throughout the day.

‘With all due respect we are at a deadlock and no amount of time would result in a different outcome,’ the third jury note read.

It follows a seven-week trial in which Daniels continually denied opportunistically touching students for his own sexual gratification.

Judge Shead ordered the jury to continue deliberating on the substantial amount of evidence before them.

The 22-year-old had pleaded not guilty to 26 charges, including multiple counts of having sexual intercourse with a child under 10 and indecently assaulting a person under 16.

He is accused of touching nine students aged between five and 10 on or near their genitals while instructing them between February 2018 and February 2019 at a pool on Sydney’s north shore.

The Crown argues 23 incidents over a 13-month period showed a pattern of behaviour in where Daniels brazenly and opportunistically took advantage of the students under his care for his own sexual gratification, despite the high risk of detection.

But Daniels’ defence lawyer Leslie Nicholls argued parents lied and changed their evidence in a bid to convict the former swimming instructor after mistakenly believing he had abused their daughters.