Switzerland imposes a draw against Italy in the World Cup qualifiers 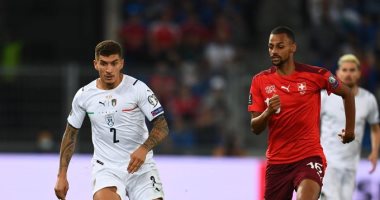 The match between Italy and Switzerland, which was held on Sunday evening at “St. Jacob Park”, as part of the fifth round of Group C matches, for the European qualifiers for the 2022 World Cup finals, was decided goalless.

The Italian team had the chance to win in the 53rd minute when he got a penalty kick, but Jorginho was missed by the team’s midfielder.

Today’s draw made the Italian team a record in the longest unbeaten series of teams, after equaling in the previous match with Bulgaria the record of Brazil and Spain unbeaten in 35 games in a row.