‘Don’t go outside’: Millions of Sydneysiders warned to stay INSIDE on one of the warmest days of the month

Sydneysiders woke up this morning to find the city covered in a blanket of thick smoke as firefighters continue hazard reduction burning outside the city – with the vulnerable warned to stay inside for their own health.

The NSW Rural Fire Service has been back-burning in Wollongong and the Blue Mountains on Monday and Tuesday and will conduct more in the Snowy Mountains and Snowy Monaro regions in the next few days.

The smoke haze had settled over much of the city on Tuesday morning – with experts warning those people in sensitive groups to stay indoors and avoid exercising until the haze lifts.

The NSW Department of Planning, Industry and Environment lists sensitive groups as people with lung or heart conditions including asthma, those aged over 65, infants and children, and pregnant women. 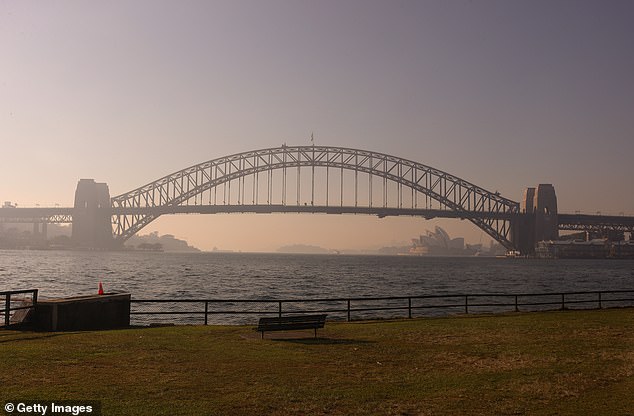 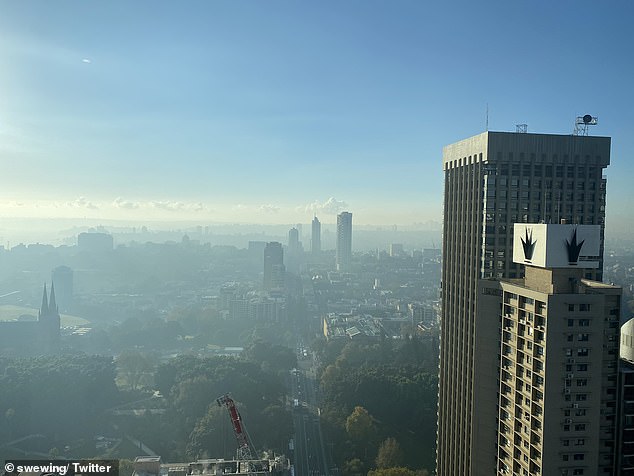 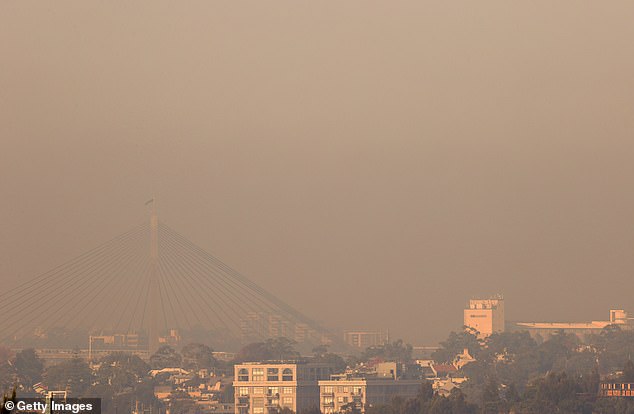 The NSW Government has rated air quality on Tuesday ‘very poor’ in Sydney’s east and south-west and particularly in Campbelltown West, Bringelly, Liverpool, and Camden.

The smoke in Sydney should clear by Tuesday afternoon but skies will remain partly cloudy and there will be a possible chance of rain in the evening along the coast.

The temperature will reach a maximum of 23C on Tuesday and highs will remain at this level for the rest of the week. 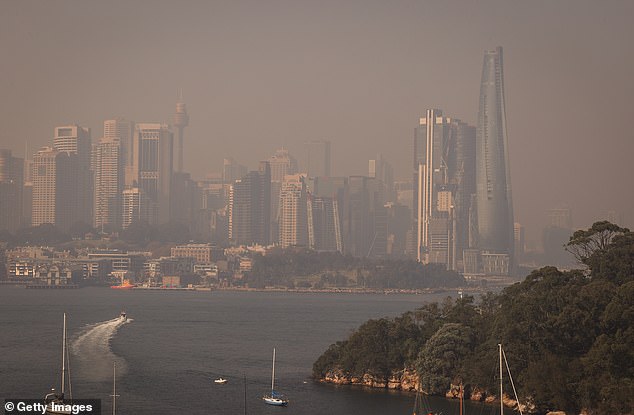 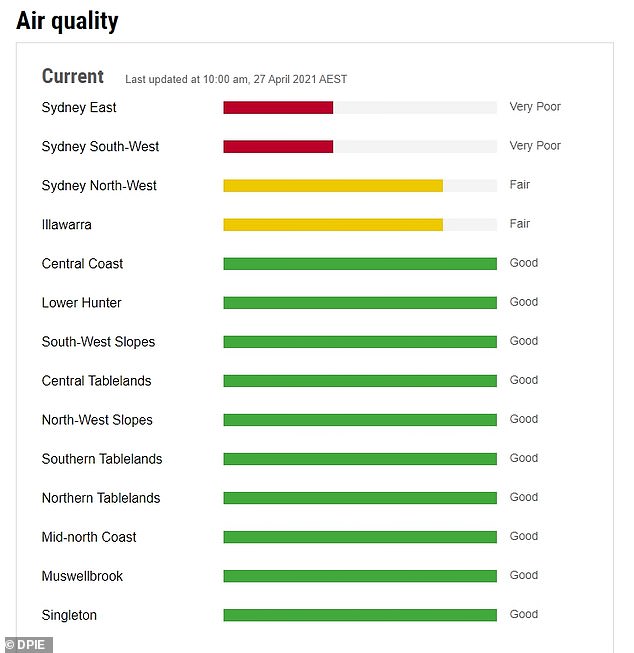 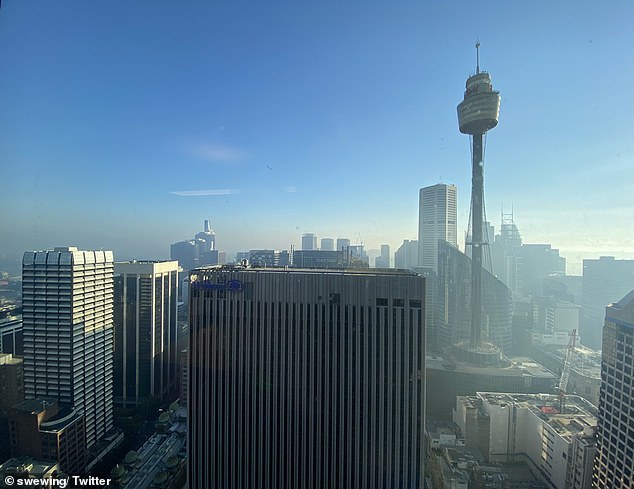 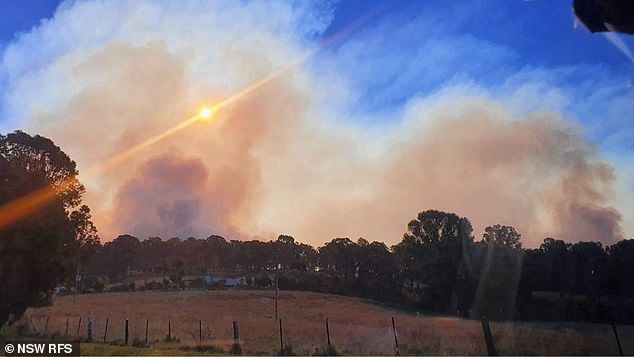 A low pressure system sweeping over the east coast, Top End and southwest, will bring showers for much of Australia’s coastal regions in the next week.

The wet conditions could see Queensland hit with up to 100mm of rain, particularly in the southeast, while Darwin is forecast to be drenched in a dramatic end to the wet season.

Easterly winds will also bring rain and storms to north Queensland from the Northern Territory.

Brisbane is expected to see lows of about 15C and highs of about 25C for the rest of the weeks with possible showers.

In the south of the country, Melbourne will be slightly cooler with lows reaching the single digits this week and highs of 18C and 19C early in the week before climbing on Friday.

Adelaide is in for fine weather with sunny skies throughout the week and mild temperatures reaching maximums in the mid 20s.

Over on the western coast, Perth will be slightly warmer with a high of 29C on Wednesday but will cool off by Friday with the mercury falling sharply to a maximum of 21C and the possibility of showers.

Hobart will be cooler with cloud cover and highs just under 20C for the rest of the week. 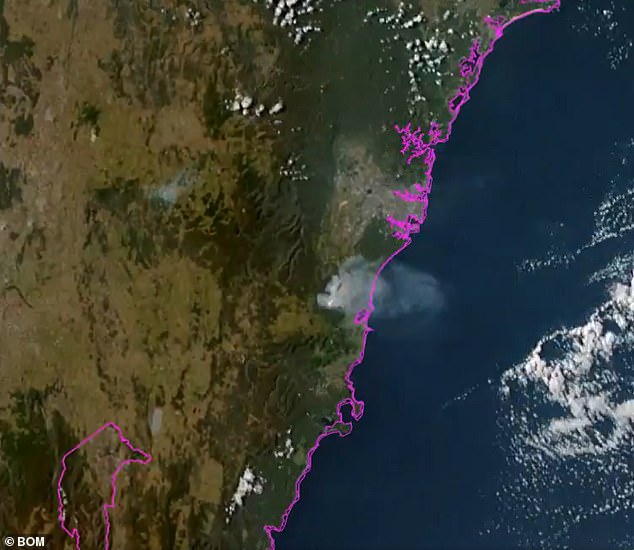 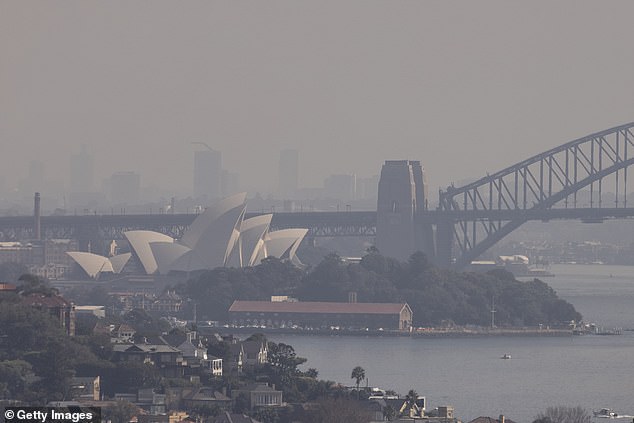 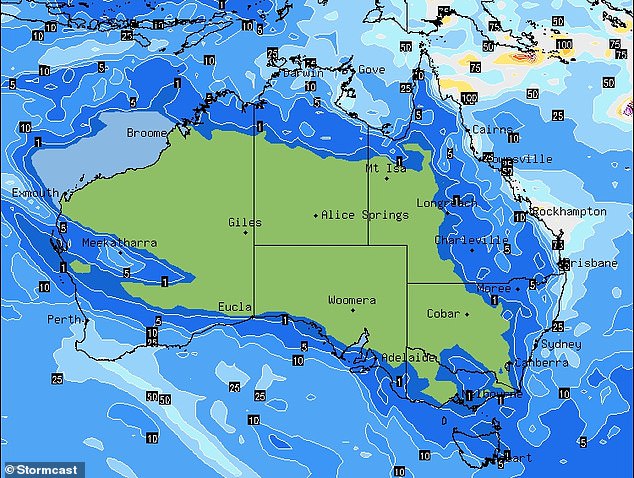 The wet conditions could see Queensland hit with up to 100mm of rain, particularly in the southeast, while Darwin is forecast to be drenched in a dramatic end to the wet season

THE WEATHER IN YOUR CITY