Sydney locked in: Your two-minute guide to the latest on COVID-19 as outbreak threatens Christmas


Australian states and territories are closing their borders to New South Wales to fend off a dangerous coronavirus outbreak in Sydney’s northern beaches.

The northern beaches cluster has bloomed to 68 cases and thousands of people have fled NSW seeking sanctuary in other states before the borders snap shut.

Scores of venues across Sydney have been flagged as high-risk, with new restrictions imposed on the Greater Sydney and Central Coast areas, such as banning Christmas caroling, singing or chanting.

Leading epidemiologist Professor Raina MacIntyre from the University of NSW warned that without a short, sharp lockdown the state could suffer up to 3000 coronavirus infections by early January.

Christmas and New Year celebrations teeter on a knife-edge in the Harbour City with new restrictions announced Sunday after 36 new cases were found in NSW – 30 of them locally transmitted.

Here’s the latest on the pandemic in Australia. 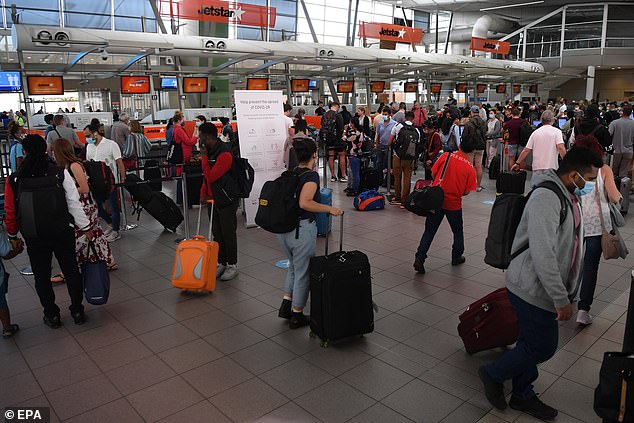 Thousands queue at Sydney Airport, trying to get out of NSW on Sunday before borders shut 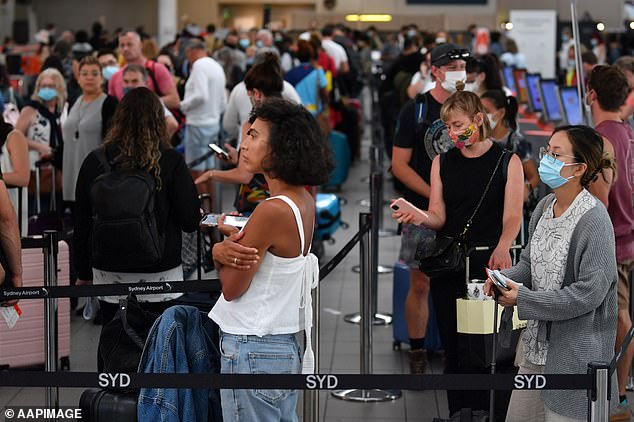 Thousands of travellers packed into terminal queues at Sydney airport on Sunday, with many desperate to travel interstate before border restrictions come into play 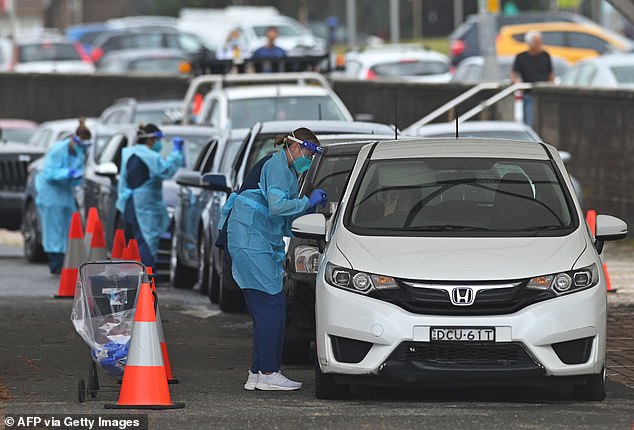 * NSW recorded 30 new locally acquired cases in the 24 hours to 8pm on Saturday, with 28 linked to the cluster on Sydney’s northern beaches, bringing the total for that cluster to 68.

* Two more cases under investigation brings the NSW known coronavirus cases to 70 as of 8pm on Saturday.

* NSW Premier Gladys Berejiklian warned the state’s residents to put on face-masks when going to indoor settings such as shopping centres, public transport or office blocks 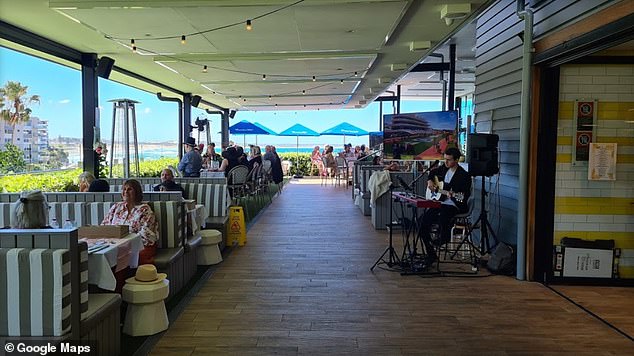 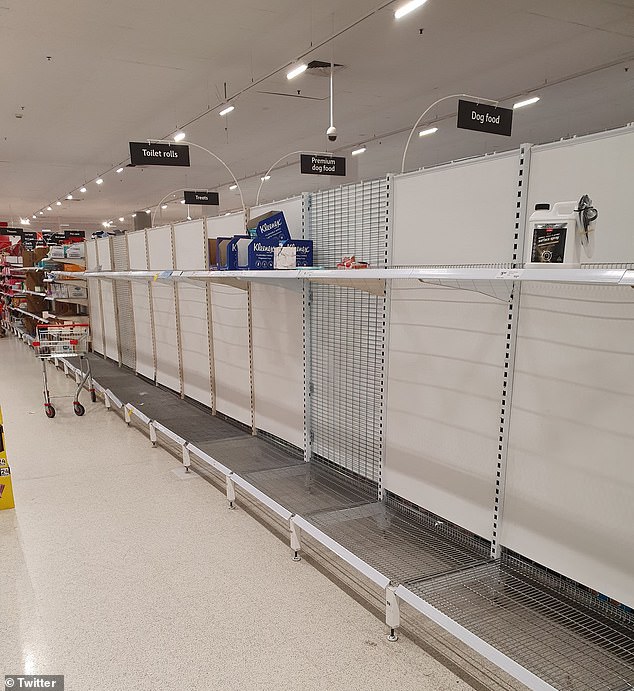 Scenes of panic buying reminiscent of the first wave in March have swept across Sydney’s Northern Beaches supermarkets. Pictured: stripped shelves on the Northern Beaches

* Northern beaches residents stay-at-home orders are the same as those imposed in March at the height of the pandemic crisis. People are permitted to leave their homes for five basic reasons: to seek medical care, exercise, grocery shop, work or for compassionate care reasons.

* New restrictions will apply until midnight Wednesday for the greater Sydney region, including the Blue Mountains, Central Coast and Illawarra-Shoalhaven.

* No more than 10 people are allowed at household gatherings and patrons will need to maintain a four-square-metre distancing at venues.

* Up to 300 people will be permitted at places of worship and hospitality venues, while singing and chanting at indoor venues is banned, and dance floors will only be allowed at weddings.

* Restrictions on the Sydney region, including the Blue Mountains, Central Coast and Illawarra-Shoalhaven, remain in place until 11.59pm Wednesday.

* NSW residents have been urged to avoid visiting any vulnerable friends, relatives or aged-care facilities until Christmas Eve.

* The Boxing Day Sydney to Hobart yacht race has been cancelled for the first time in its 76-year history. 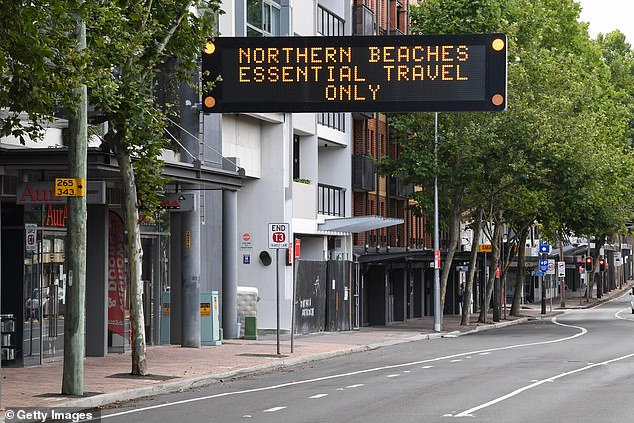 The Northern Beaches of Sydney is now subject to the same strict lockdown conditions as  in March and may only leave home for five essential reasons. Pictured on Sunday 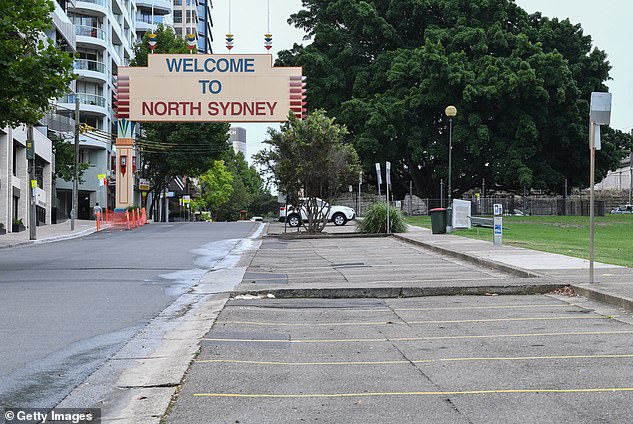 * An urgent health alert has been issued for 18 more venues across Sydney, including a string of popular pubs and restaurants in Manly.

* A health alert has been issued for passengers on scores of public transport routes across Sydney.

* Central Coast towns of Forster and Raymond Terrace are also on the warning list. 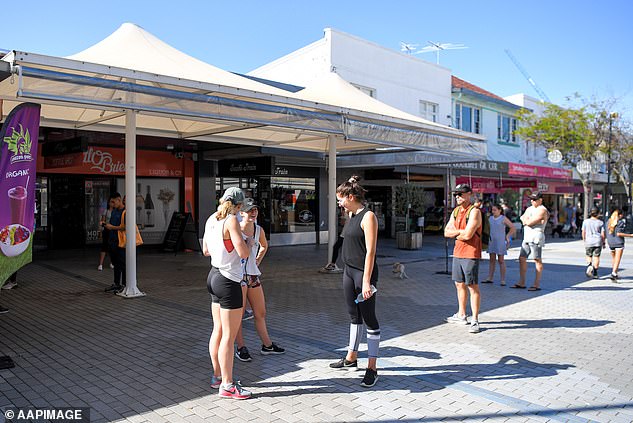 * Queensland Premier Annastacia Palaszczuk says anyone who has been in Greater Sydney, the Blue Mountains, the Central Coast and Illawarra-Shoalhaven since 11 December will not be allowed into the Sunshine State without an exemption. From 1am Monday Greater Sydney has been declared a ‘hotspot’.

* If an exemption is granted they will  be ordered into 14-day quarantine on arrival in Queensland from 1am on Monday.

* Queenslanders in the NSW capital have been given until 1am Tuesday to get home, but they will need to be tested for COVID-19 and go into self-isolation on arrival.

* Queensland will introduce road checkpoints to enforce the rules.

* Victoria will ban people travelling from Greater Sydney, the Blue Mountains and NSW Central Coast from entering the state from midnight Sunday after Premier Daniel Andrews declared the entire region a ‘red zone’. If they do enter, they will have to do 14 days of hotel quarantine.

* The one exception is returning Victorians, who have until midnight on Monday to return. Those Victorians who return before then can do their quarantine at home.

* South Australia is also closing its border to greater Sydney from midnight Sunday and checkpoints will be set up to test people for COVID-19 at the NSW road border crossings and at Adelaide Airport.

* All people from greater Sydney will have to undergo mandatory 14-day quarantine on arrival in SA, while all northern beaches residents will be turned away.

* Tasmania’s health authorities have designated the Northern Beaches Local Government Area a high-risk region, barring any travellers who have passed through there since 11 December from entering Tasmania unless they are an essential traveller.

* Greater Sydney has been declared a ‘medium risk’ as of midnight on Sunday. Anyone from this area must quarantine for 14 days on entry to Tasmania. 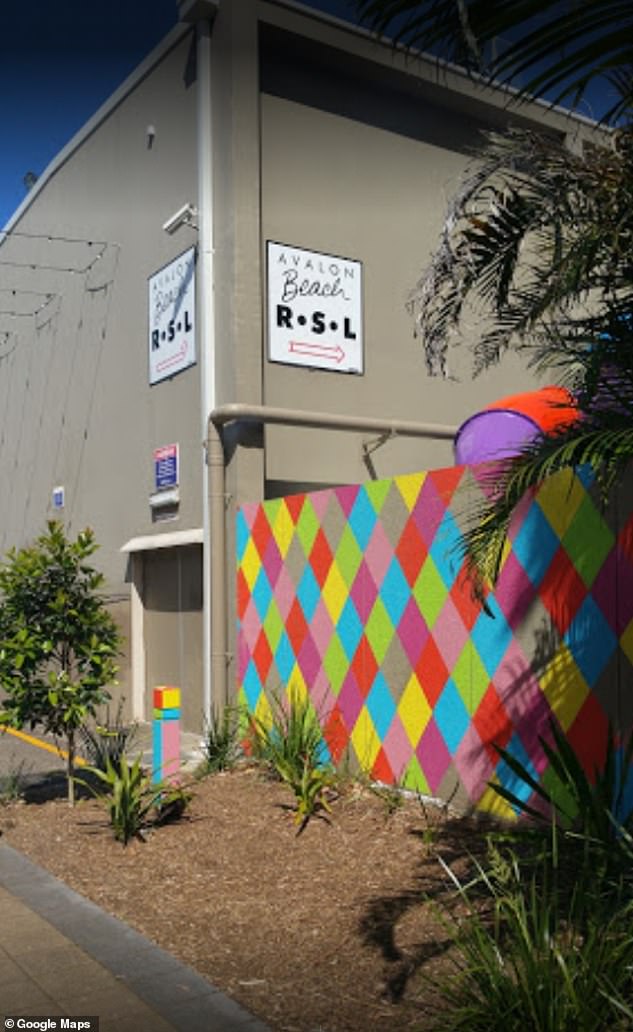 A warning has been issued for Avalon Beach RSL Club (pictured)

* Anyone already in Tasmania who was in the area from 11 December is asked to self-isolate immediately and get tested.

* Travellers to the ACT from Greater Sydney, the Central Coast, Illawarra-Shoalhaven and Nepean-Blue Mountains had until midnight on Sunday to enter without compulsory 14-day quarantine orders took effect.

* Non-ACT residents who have been in any of these places have been told not to enter the ACT.

* ACT Health will not consider exemption requests from non-residents coming from these regions, except in extreme circumstances.

* The restrictions are likely to continue over Christmas and into the New Year.

The Northern Territory shut its border to Greater Sydney travellers on Sunday afternoon.

People from Sydney, the Blue Mountains, the Central Coast and the Illawarra must go into 14-day quarantine on arrival in the NT.

The border is now shut to New South Wales indefinitely. Only those with special exemptions will be allowed in.

From midnight on Saturday, the NSW’s ‘low risk’ rating was upgraded to ‘medium risk’, meaning that it would reinstate the same strict measures seen earlier in the year.

Data current as of 12.48am AEDT December 21, taking in federal and state/territory government updates and Worldometers global coronavirus statistics.

Anyone who travelled on these bus routes at the time and date listed is a close contact and must get tested and isolate for 14 days regardless of the result.

If you travelled on these public transport routes during the time and date indicated you should get tested immediately and self-isolate until you receive a negative result, continue to watch for COVID-19 symptoms and if any symptoms occur, get tested again. 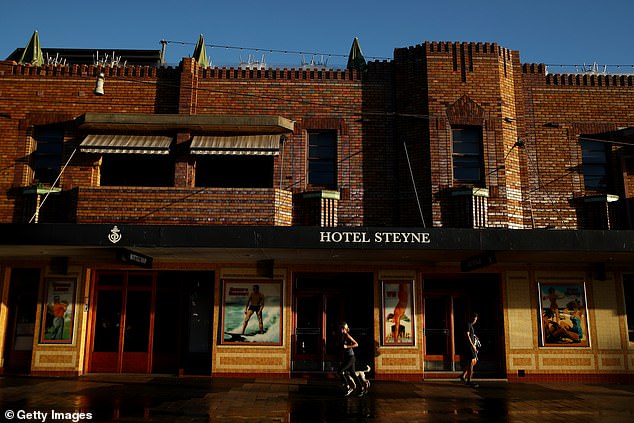 NSW Health also advised anyone who was at the Steyne Hotel between 3pm and 3:30pm on Saturday 12 December, to get tested and isolate at home

Anyone who was at the following venues on the dates and at the times below is considered a close contact and should get tested immediately and self-isolate for 14 days, regardless of the result:

Anyone who attended the following venues on the dates and times below is considered a casual contact and should get tested immediately and isolate until they receive a negative result:

Twenty-One Espresso, 21 Knox Street, Double Bay: Any staff working on Tuesday 15 December, and patrons seated in the indoor section on that day for more than 1 hour between 7.10pm and 8.15pm and 8.25pm and 9.10pm. 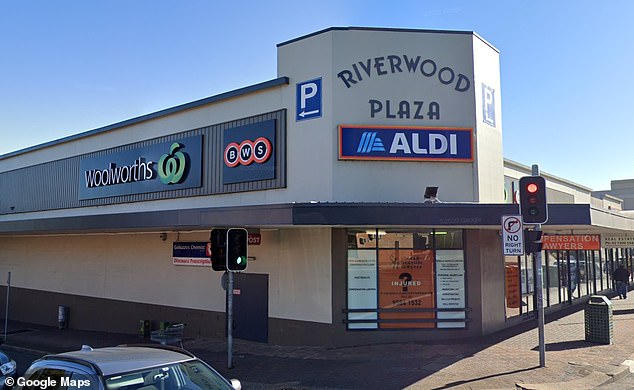 Shoppers who attended Woolworths at Riverwood Plaza in Sydney’s south on Wednesday December 9 between 3pm 3:35pm should get tested immediately and isolate 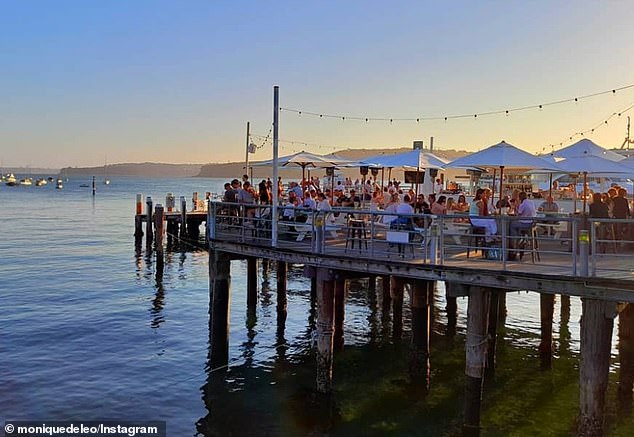 Anyone who visited Manly Wharf Bar (pictured) on Saturday December 12 between 2:45pm and 3:15pm should get tested immediately and isolate until they receive a negative result

Anyone who has visited the following venues on the stated dates and times should get tested immediately and isolate for 14 days regardless of symptoms.

Friday 11 December All day until closed

Wednesday 16 December4pm to 12am (midnight)

The Mayor of London: We returned to Corona’s first climax in receiving hospitalized patients