40,000 Sydneysiders on high alert after Covid fragments are found in sewage in 15 suburbs

Fragments of Covid-19 have been found in a Sydney sewage plant that serves 40,000 people across 15 suburbs.

NSW Health issued the alert on Friday morning after the particles were discovered at the Homebush wastewater network site, in the city’s west.

The state has not recorded any new community cases in more than two weeks. 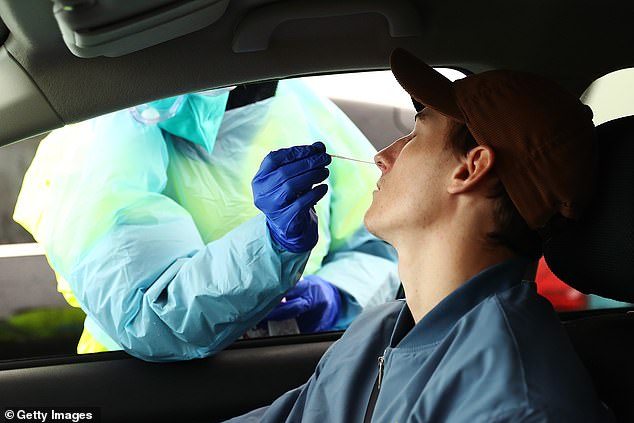 Pictured: A nurse collecting a Covid-19 test sample at the Bondi drive-through testing clinic on May 6, 2021

‘NSW Health is aware of recent Covid-19 cases, several returned overseas travellers, who live in this catchment,’ the department said in a statement.

‘People who are recently recovered from Covid-19 can continue to shed virus fragments into the sewerage system for several weeks even after they are no longer infectious.’

Health experts have encouraged anyone who lives in the affected suburbs to get tested as soon as they have any symptoms.

The last people to test positive for the virus in NSW were a man and his wife from the eastern suburbs, but authorities were never able to work out how the couple became infected. 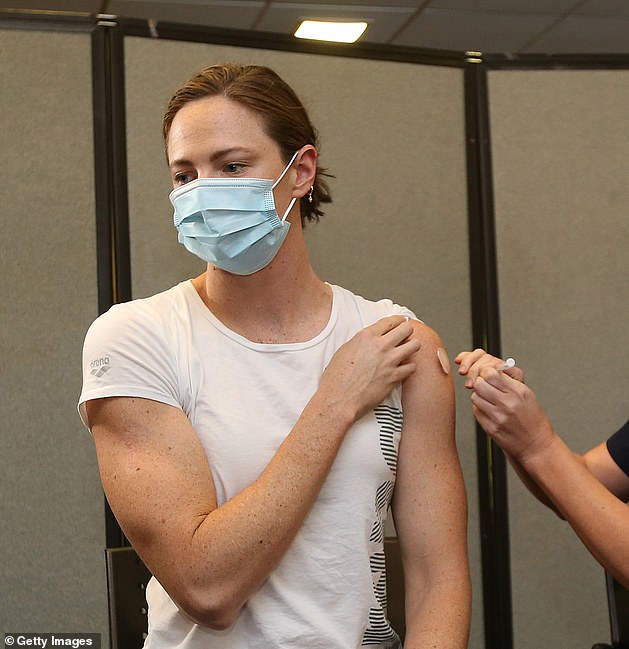 Pictured: Australian swimmer Cate Campbell receives her Covid jab in Brisbane on May 10

But how it was passed from the hotel to community members with no links to overseas travel, border control or the health sector remains a mystery.

NSW also announced on Friday that more than one-million vaccines have been administered in the state, with almost 12,000 people getting the jab in 24 hours to 8pm on Thursday.

The state government said people in their 40s could now get the Pfizer vaccine in 25 clinics across NSW after it was discovered that the AstraZeneca jab carries a low chance of getting blood clots.

Sergio Aguero: From 'worst trainer in the world' to Man City 'icon'