Sydney: Woman forced to give McDonald’s to flock of cockatoos


Cocky wants some Maccas: Charming moment a hungry cockatoo lands on a woman’s car window and demands a bite of her McDonald’s hash brown

A hungry woman moments from enjoying a McDonald’s meal was forced to surrender her food to a flock of cockatoos.

Merann Bartle, 51, was sitting in a McDonald’s car park in Sydney, about to begin eating her hash brown when a lone cockatoo landed on her side mirror.

She carefully put her hand out the window and offered the cockatoo some of her hash brown, who happily obliged. 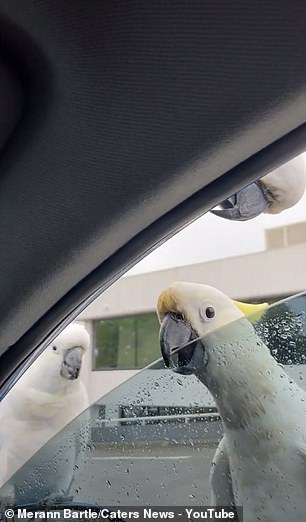 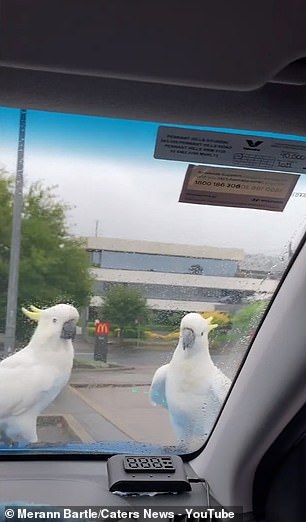 The cockatoo took a bite and appeared to enjoy the deep-fried treat, prompting a flock of the birds to land on Ms Bartle’s car in hope of their own feed.

Footage shows the cockatoos peering inside her car looking for any more hash browns on offer.

Ms Bartle once again put her hand out holding the hash brown as the cockatoos took turns taking a bite.

At one point, one impatient cockatoo bites Ms Bartle’s hand as she was feeding another bird.

The cockatoos continued feeding on the hash brown when suddenly one of them grabbed the half that was left over.

Ms Bartle realised she would have to go back and get more – but this time eat it herself. 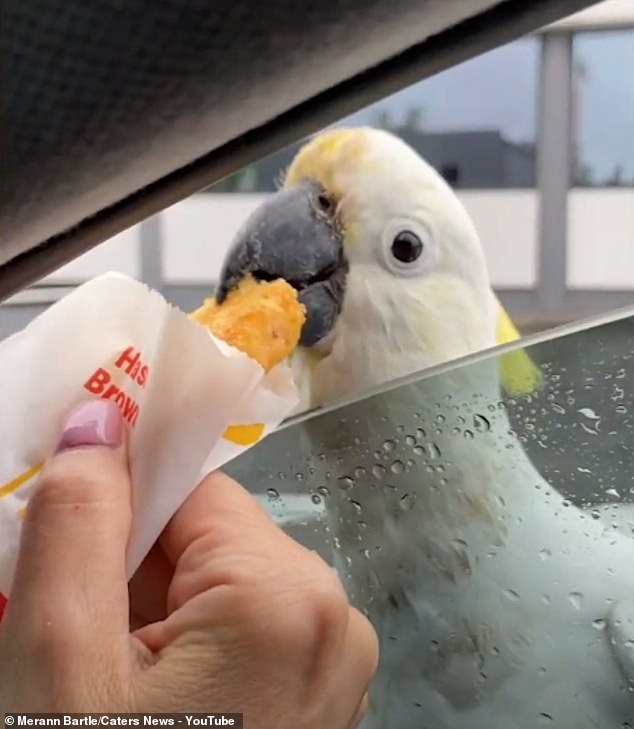 Her video received more than 85,000 views and 14,000 likes as social media users commented on the unusual visitors.

‘The first bird was so polite, a true gentleman,’ one wrote.

‘I always buy two hash browns. One for the birds and one for me,’ someone revealed.