A spokesman for the so-called “Syrian Democratic Forces”, Farhad al-Shami, said in a tweet on Twitter that the Kurdish-led forces regained full control of al-Sina’a prison in the city of al-Hasakah, northeastern Syria, on Wednesday.

Farhad Al-Shami added that the Syrian Democratic Forces clashed with ISIS militants in and around the prison, and confirmed that all ISIS fighters had surrendered.

Officials said at least 200 prison inmates and 30 members of the security forces had been killed since Islamic State militants attacked the prison last Thursday in a bid to free the group’s members.

This attack is considered the “largest and most violent” operation of the organization since it lost all its areas of control in Syria nearly three years ago.

The United Nations and international relief organizations expressed their fear for the fate of about five thousand detainees in the aforementioned prison, especially children who were arrested during the US-backed security campaigns against ISIS in 2019.

Al-Sina’a Prison is the largest facility where the Syrian Democratic Forces are holding thousands of prisoners, including young Arabs who refused conscription and others who were arrested for organizing protests against the Kurdish-led rule in the region.

The Pentagon confirmed that the US-led coalition carried out air strikes and deployed ground forces in support of the SDF operation.

Major General John Brennan, commander of the Combined Joint Task Force, dubbed “Operation Inherent Resolve,” said the Islamic State group “remains an existential threat to the region and must not be allowed to return.”

“We have to thoroughly investigate the circumstances that allowed this attack on their side,” he added on Twitter. He added that the unrest revealed flaws in the overcrowded prison system, and that temporary prisons across Syria are “fertile soil” for the extremist ideology embodied by the Islamic State, he said. 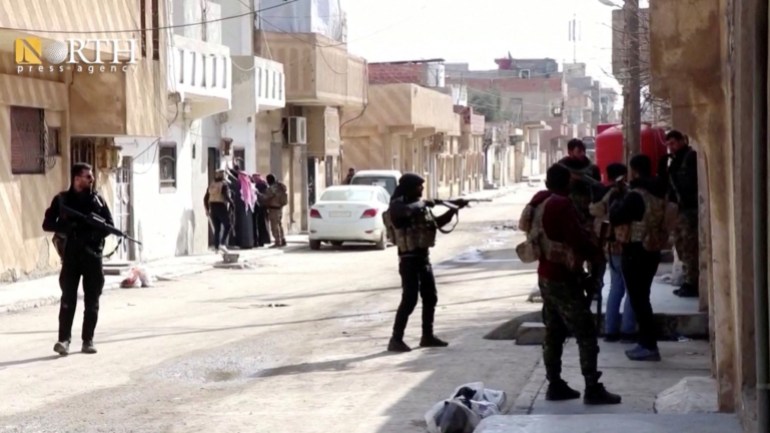 And Human Rights Watch, based in the United States, says that the Syrian Democratic Forces are holding about 12,000 men and boys suspected of belonging to the Islamic State, including 2,000 to 4,000 foreigners from about 50 countries.

According to Human Rights Watch and other human rights groups, these prisoners are held in overcrowded prisons and in in many cases inhumane conditions, which the SDF denies.

These forces are also detaining about 60,000 Syrian and foreign women and children, members of the families of suspected members of the Islamic State, in camps where decent living conditions do not exist.

Mum-of-four offered the ‘opportunity of a lifetime’, she didn’t stop to think… BIG MISTAKE!

Mum-of-four offered the 'opportunity of a lifetime', she didn't stop to think... BIG MISTAKE!